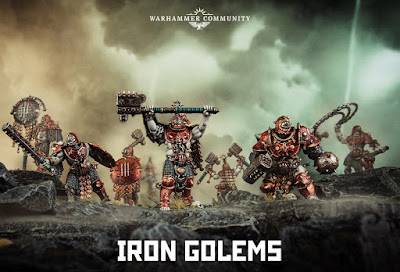 
via the Warhammer Community
https://www.warhammer-community.com/2019/07/14/new-models-revealed-at-the-atcgw-homepage-post-1/

The American Team Championship – also known as the ATC – is one of the world’s best Warhammer events, a 3-day gathering that sees clubs and teams from across America test both their tactical skill and bonds of friendship in a range of games like Warhammer 40,000, Warhammer Age of Sigmar and Warhammer Underworlds. We thought the ATC would be the perfect place to reveal our latest Warcry warband – a seemingly civilised pack of killers from Hysh…
The Cypher Lords are a gloriously weird Warcry warband, quite different from any of their more barbaric kin. Unlike, say, the bloodthirsty Blades of Khorne or the roaming Untamed Beasts, these mysterious cultists hail from a city in the Realm of Light called Nochseed and, to the wider Mortal Realms, seem more or less ordinary – barring perhaps their taste in headgear. 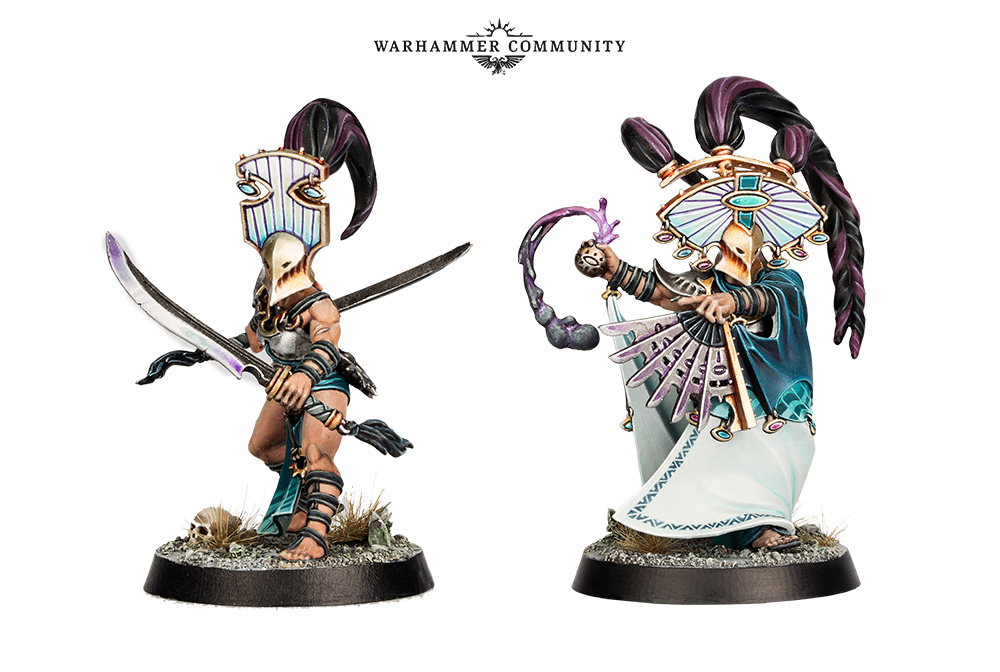 Nothing could be further from the truth. The Cypher Lords are as mad as the most frothing cultist of Tzeentch, delighting in spreading mayhem and madness wherever they go. They’re deadly fighters, too, using skills earned in the martial colleges of Nochseed to deadly effect, whether they’re cutting down rivals in the streets of their city or shedding blood in the shadow of the Vararspire to catch the attention of Archaon. 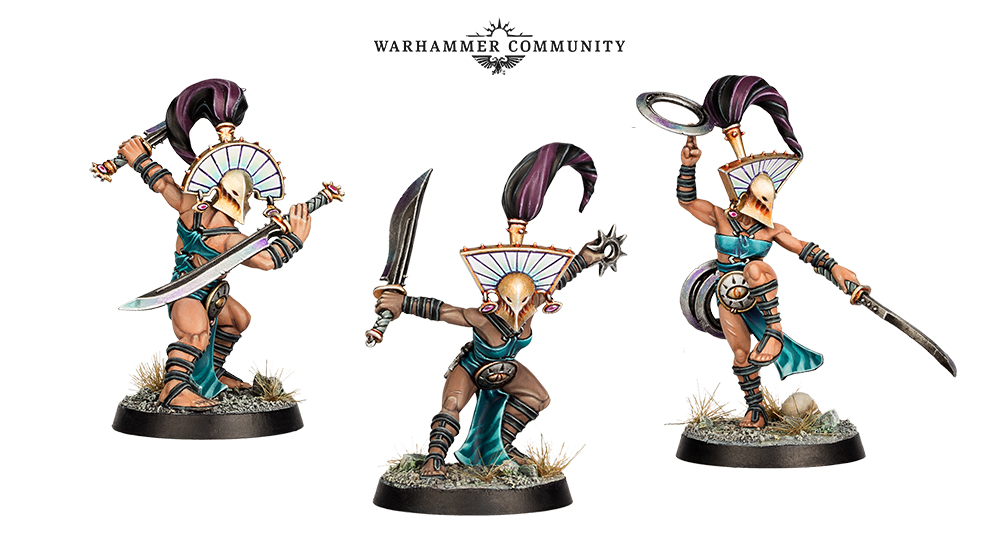 The Cypher Lords are the perfect warband for players that like the seductive, almost civilised side of Chaos – the esoteric cults and shadowy gatherings of nobles within cities all across the realms, as opposed to the unwashed, screaming barbarian masses outside them. They’re also perhaps our first-ever look at just what life might look like in the Realm of Light – a place which, until now, has been associated with the ordered kingdoms of Tyrion and Teclis. 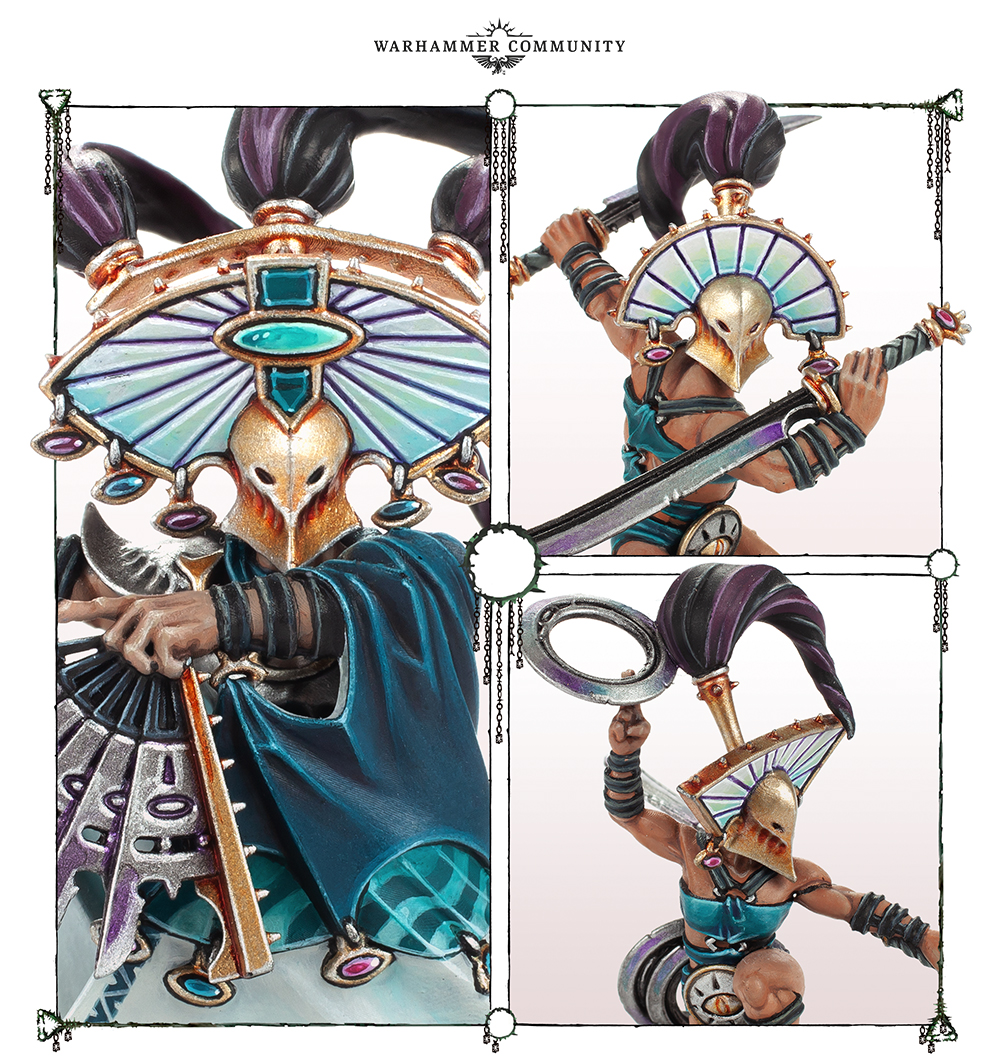 With that, the first six Chaos Warbands for the game are revealed! To recap – here’s all of them so far… 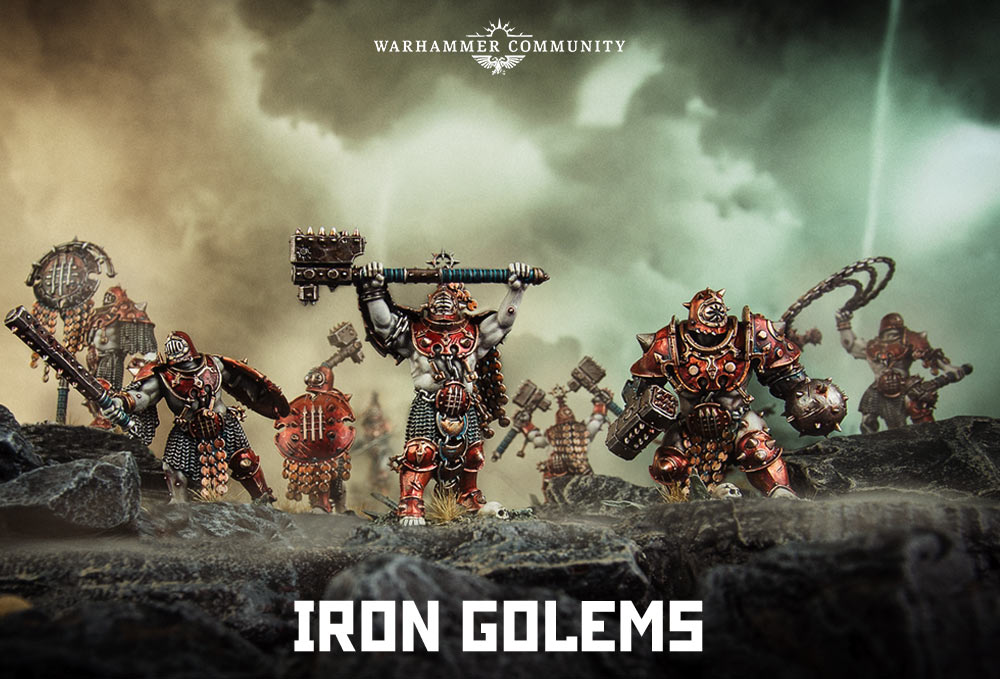 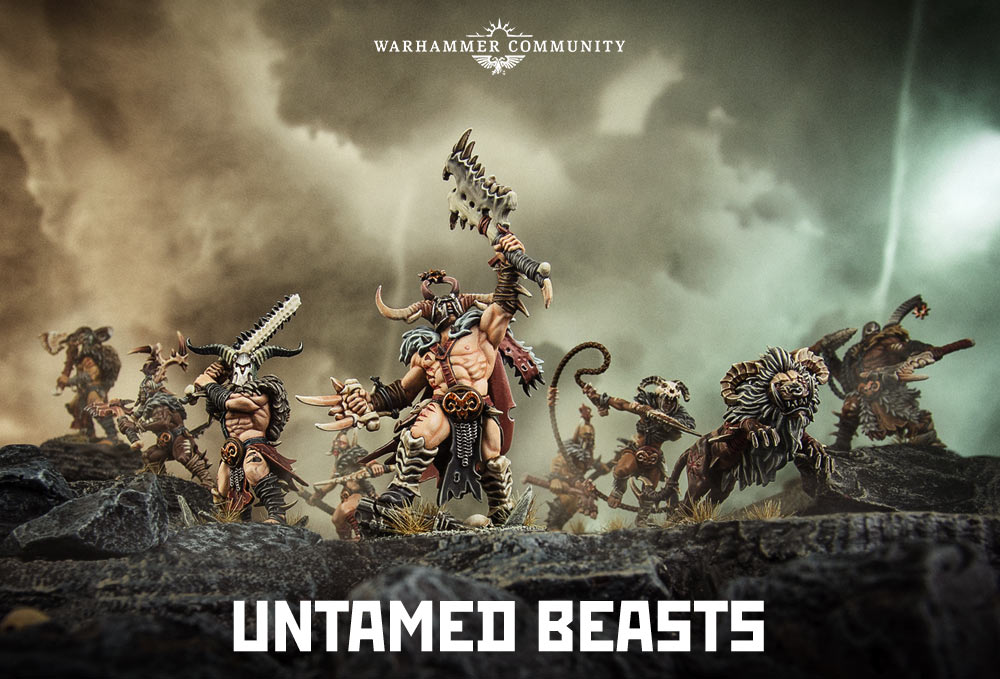 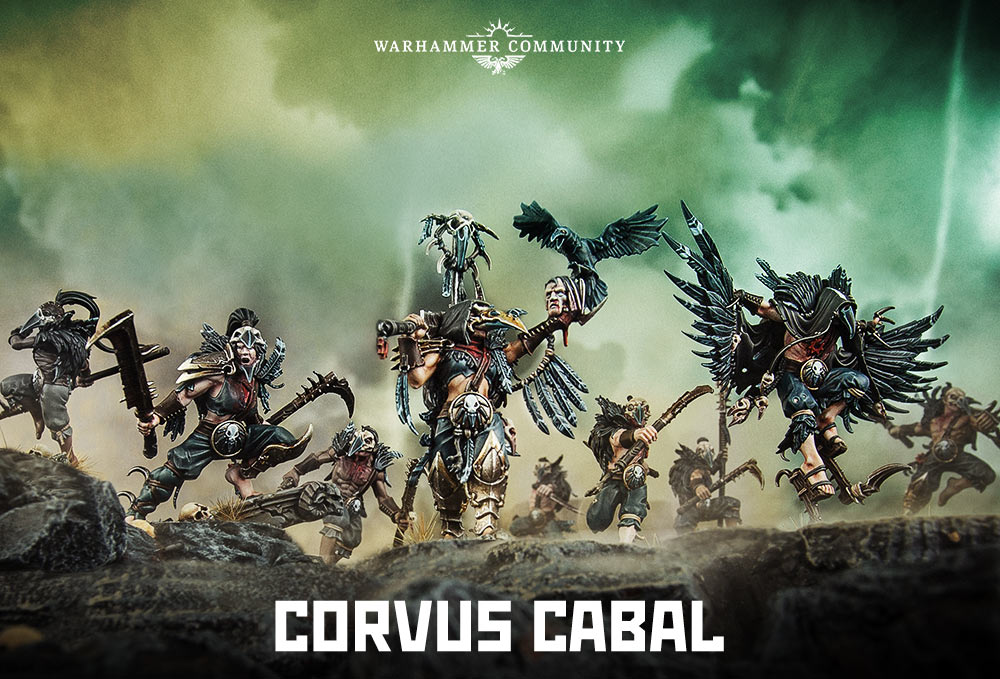 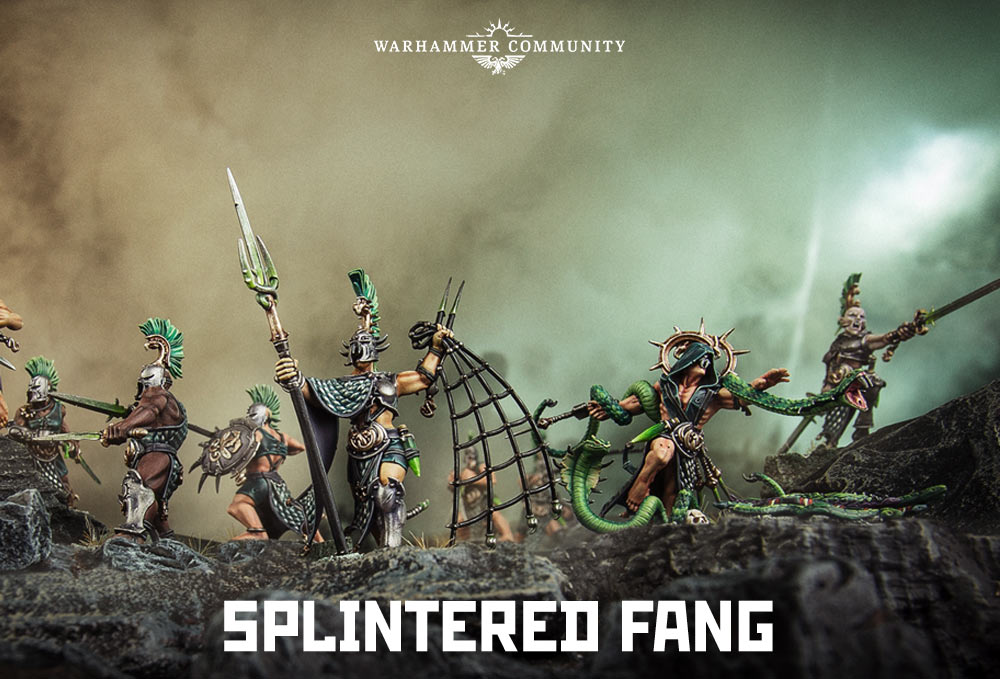 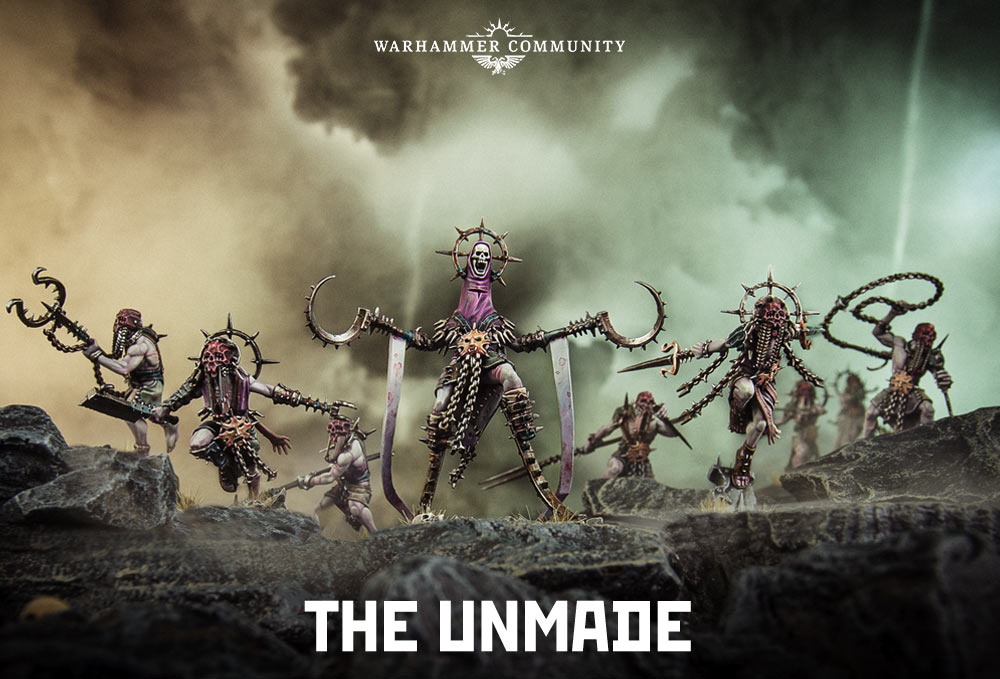 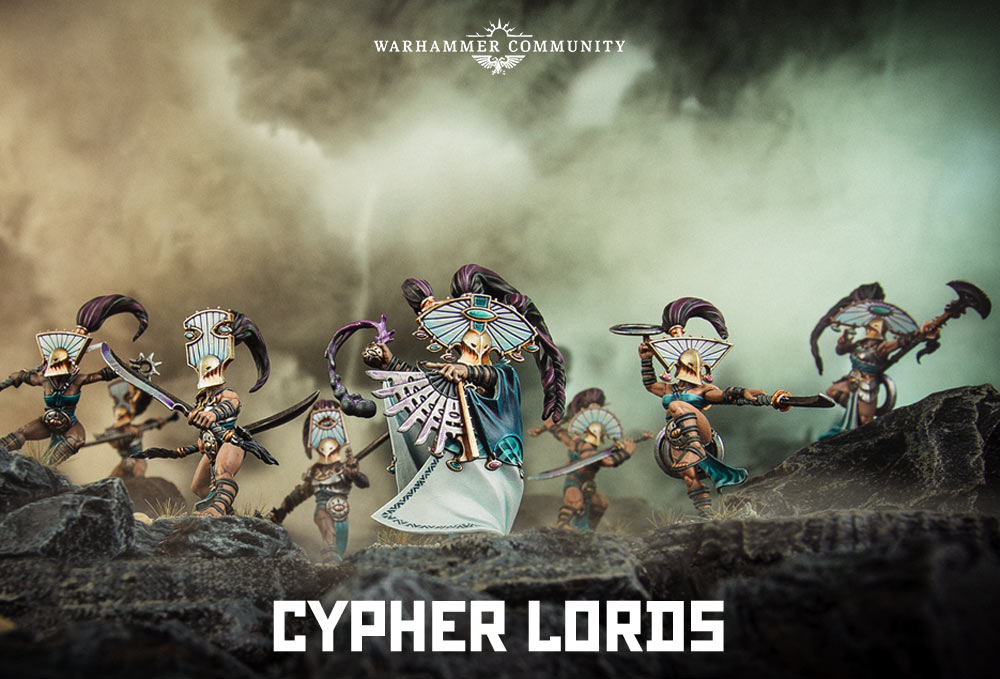 Thanks again to the ATC for giving us an incredible event to reveal this warband! With that, the first wave of Warcry warbands has been revealed!  Make sure you check back later today for the Pre-order Preview, and let us know what you’re looking forward to most about Warcry on the Warhammer Age of Sigmar Facebook page.
7/13/2019
Natfka
Age of Sigmar, Warcry