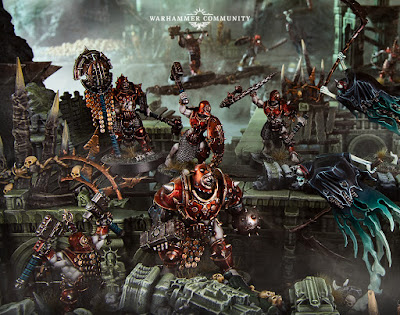 The Iron Golem warband for Warcry is up today. Great start, as its the first one that caught my eye.

via the Warhammer Community
https://www.warhammer-community.com/2019/07/16/warband-focus-the-iron-golemgw-homepage-post-4/

Welcome to Warband Focus – where we’re investigating each Warcry warband with lore, guides to play style and top tips for securing victory in the Bloodwind Spoil! Today, we’re kicking off the series with a look at the hardy Iron Golem – a brutally effective warband found in the Starter Set.

The Iron Golems hail from the Ferrium Mountains in Chamon, the Realm of Metal, where they harness raging magma-flows to forge their brutal weapons and armour.

More than just warriors, the Iron Golem are superb smiths, believing flesh to be impermanent where metal is eternal. Those fighting in the Eightpoints hope to prove themselves to Archaon, aspiring to one day provide arms for his endless hordes. 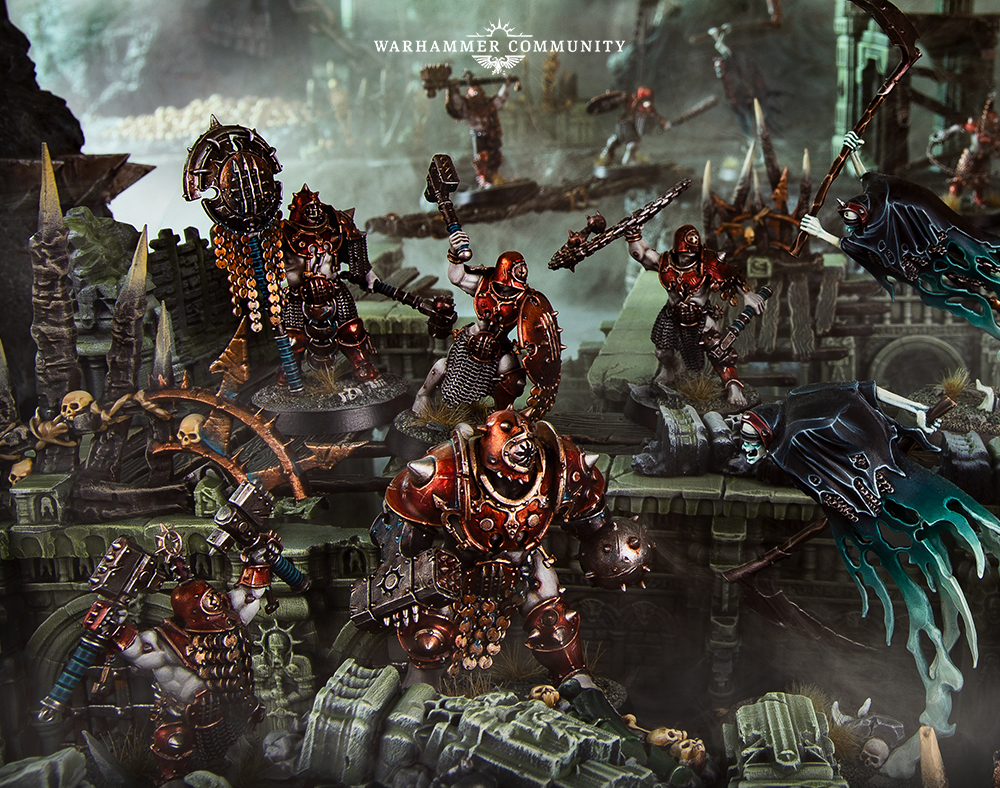 Iron Golem warbands are one of Warcry’s most durable. Your enemies will have to work hard to take out even your basic fighters, allowing you to wear down foes and stay in the fight.

With 9 Fighter types, Iron Golem warbands have a variety of options on the battlefield to suit your tactical tastes. Build them as they are out of the Starter Set, and you’ll have a varied warband capable of tackling pretty much any foe. Grab some extra sprues by trading with friends (or from the extra copies of the Starter Set you bought “just in case”), and you’ll be able to create more specialised warband builds – such as a force dedicated to keeping enemies at arm’s length using flails, or a demolition crew of Ogor Breachers.

Warriors of the Iron Golem are effective close-range fighters, armed with high Strength, high Damage attacks that allow them to easily go toe-to-toe with your enemies’ heaviest hitters. 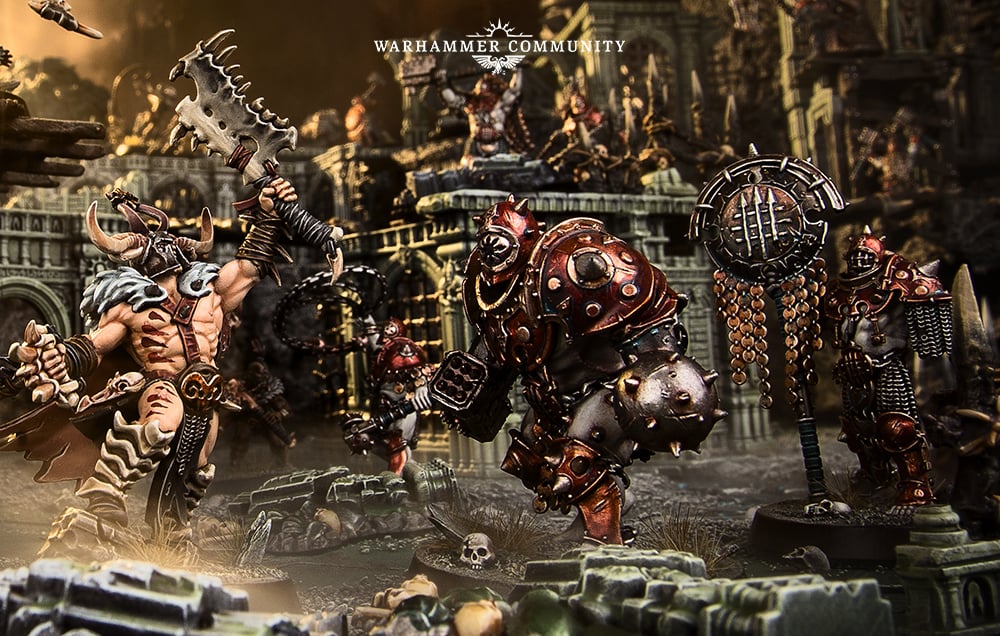 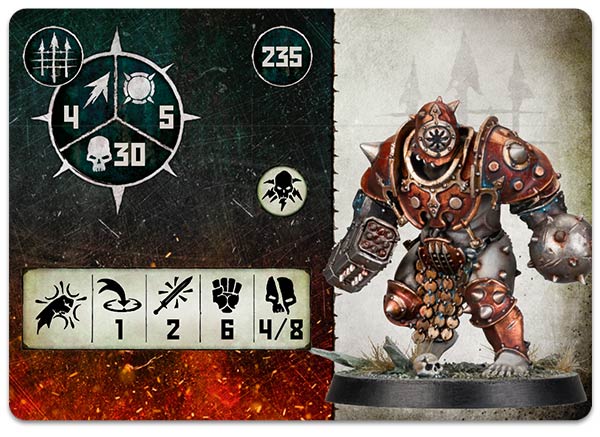 One of Warcry’s most powerful fighter types, this massive wall of meat and metal is a match for pretty much anyone in the game. Sure, with a move of only 4″ they’re slow – but their Strength of 6 and Damage of 4 (8 on a critical hit) allows them to pulverise pretty much anyone unfortunate enough to stand in front of them. 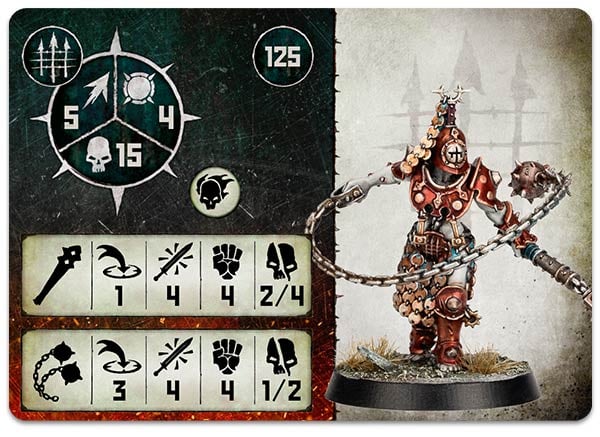 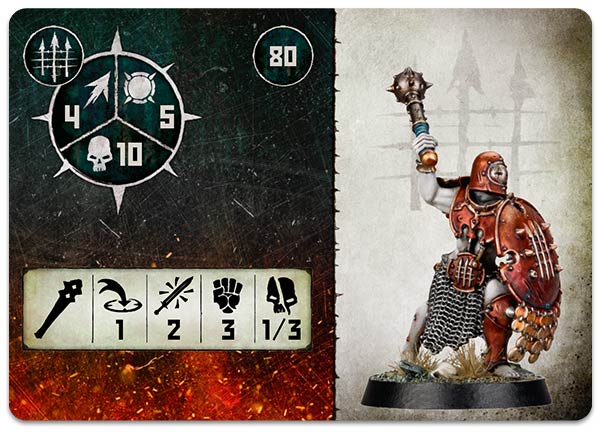 Iron Legionaries are the core of any Iron Golem warband, boasting an excellent Toughness characteristic of 5 when armed with shields. Combined with their low points cost, you’ll want to use them to slow down enemy fighters while the rest of your warband causes carnage.

In Warcry, each warband isn’t just defined by its fighters, but also by its abilities – powerful tricks, ploys and tactical plays with the potential to shift the tides of battle. But just how do they work?

Every battle round in Warcry begins with both players rolling for initiative. To do so, each player first rolls 6 dice and then counts up the number of ‘singles’ they have – a single is a dice that does not have the same result as any other dice in that roll. For example, if you rolled three 1s, a 3, a 4, and a 5, you would have three singles (the 3, 4 and 5). The player who rolls the most singles has the initiative for that battle round.
The rest of the dice become ability dice which can be spent on powerful abilities and killer moves during that battle round. These are sorted into doubles, triples or quads. Let’s look at another example: 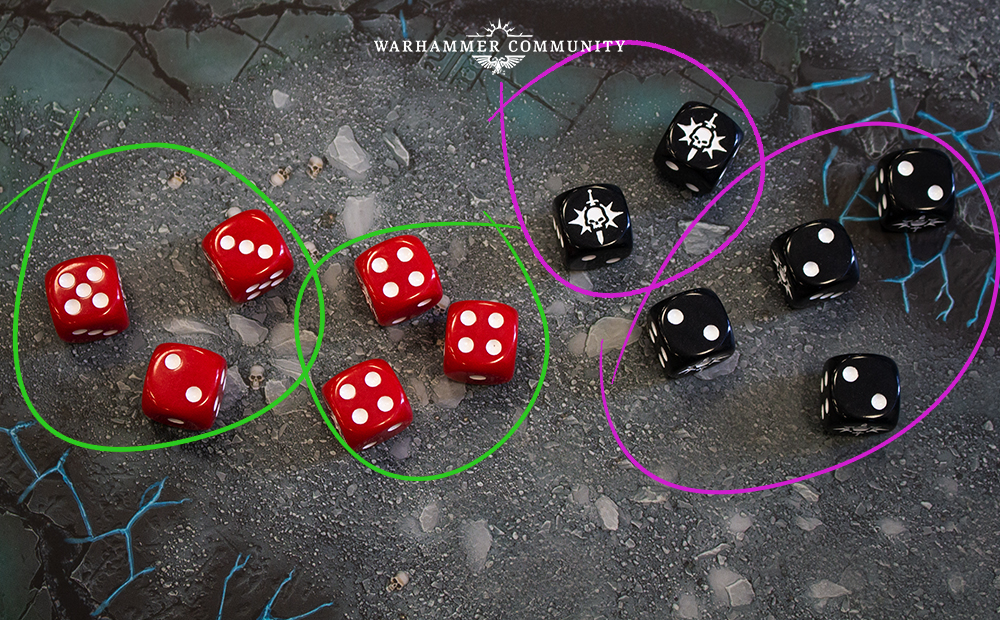 So here, our opponent (red dice) has 3 singles – 2, 3 and 5 – meaning they win the initiative, as well as triple 4s, while we have a double and a quad. During the battle round, when it’s our turn to activate one of the fighters from our warband, we can choose to spend either that double or quad to unleash an ability.
Each warband has access to a host of different abilities unique to them as well as a table of universal abilities. Most abilities will require a double to use, the more powerful ones will require a triple to use, and then each Warband has access to one MEGA ability that requires a quad.
Each Warband’s abilities reflect how they fight in the lore, with the Iron Golem offering both tactical maneuvres and explosive bursts of damage.

Stand Defiant is an excellent ability that rewards you with an extra point of toughness for staying in close formation. By using this at the right time, you will weather deadly enemy assaults and claim victory, making tougher fighters like Iron Legionaries incredibly hard to kill.

A deadly direct-damage ability, Living Battering Ram is the Iron Golem’s best way to delete enemy fighters. Living Battering Ram deals damage equal to the value of the ability – that is, the number shown on the dice in the double, triple or quad used to activate it. So, if you rolled a triple 5, you’d deal a hefty 5 damage, without even having to roll to hit! This makes it great for finishing off tougher enemies.