The Genesys Project- Funded! + The Primer: Missions, Awards, and Progression 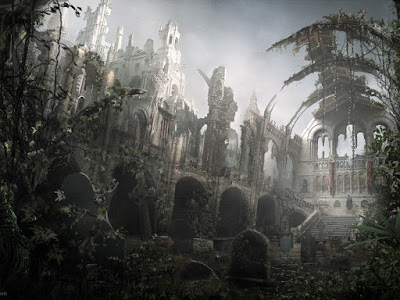 We are funded! The Genesys Project just jumped past it's funding level. Interested in checking out the game a little more? Nows the time to throw in your support and get involved.

Here is the Next Primer: Missions, Awards, and Progression


PRIMARY MISSIONS
Pre-game: In The Genesys Project each player will have their own Primary Mission. This is rolled up after the table is set up, Time of Day and any Environmental Conditions are determined. Sitting down with your opponent exchange your faction sheets. This will give you an idea of what your opponent can bring to the table….. just not the list he will be bringing.

Now that you know the table and environment and your opponent, its time for both of you to roll up your Primary Mission. These will most likely be different from each other as both of your roll a d6 for your mission. A result of 1-5 results in the most common missions like Massacre, Objectives, Occupy, Assassination, and Assault. In the event a 6 is rolled, another set of missions are rolled on. These are from your list of Secondary Missions but can sometimes be rolled for Primary Missions.
This gives you a total of 10 missions possible for you and your opponent. With the both of you having different missions, the combinations that are possible on the table can create some great unusual types of battles.

Once Primary Missions are determined, both you and your opponent now create your army lists to best achieve your Primary Mission for the circumstances you have before you.

MISSION AWARDS
The main focus of your army is to achieve your Primary Mission and if you do so there is a Mission Award that is achieved for doing so. Each mission that can be rolled up, even if your Primary Mission is rolled up on the Secondary Mission Chart, has its own Mission Award. These range from being able to create a new class for your faction, gaining new technologies, species traits, class traits and more.

Heroes are born through gameplay: Mission Awards may also be used to create a Hero for your faction. For that model that was just simply amazing on the table. To do this you trade in your Mission Award to create your Hero.

Progression Points area type of resource gained from gameplay and are used to track your movement forward through the Ages. Gather enough and you are ready to unlock the next Age of the game. You may also spend Progression Points to gain new Trait and Abilities for your faction.

Up Next: We take a closer look at Creating Factions and Unit Classes