Chaotic Beasts and how they work in Warcry.

Some of these miniatures is one of the biggest reasons I am personally wanting this box set. Crazy good miniatures.


via the Warhammer Community
https://www.warhammer-community.com/2019/07/23/warcry-chaotic-beastsgw-homepage-post-1/


Welcome to our latest Warcry rules preview! Today, we’re looking at the deadly fauna of the Eightpoints – and just how they interact with your games.

To represent the Eightpoint’s varied (and violent) wildlife, many Warcry battleplan twist cards bring chaotic beasts into your battles. At launch, there are two types of chaotic beast that show up in your games – the airborne daemons known as Furies, and mutant avians called Raptoryx. 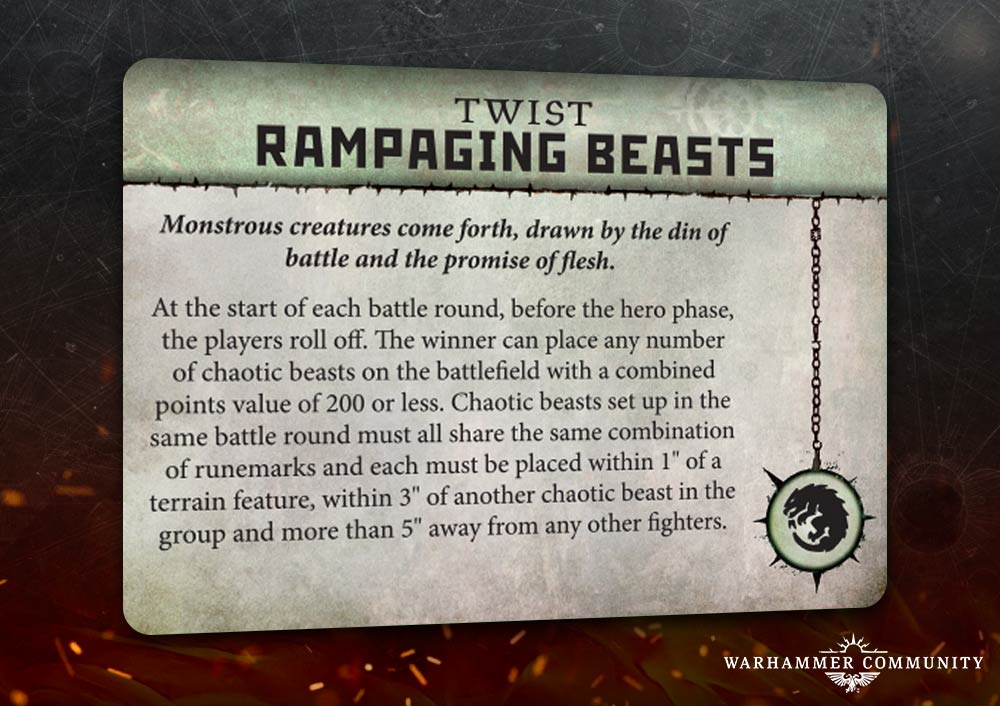 Chaotic beasts add a new layer of tactical challenge (and unpredictable fun!) to your battles. As you may know from our How to Play video, in Warcry, players take it in turns to activate fighters from their warbands. However, if there are any chaotic beasts in play, you can choose to activate them instead! In order to do so, you’ll have to roll a D6 – get a 1 or a 2, and your opponent gets to activate the beast instead. 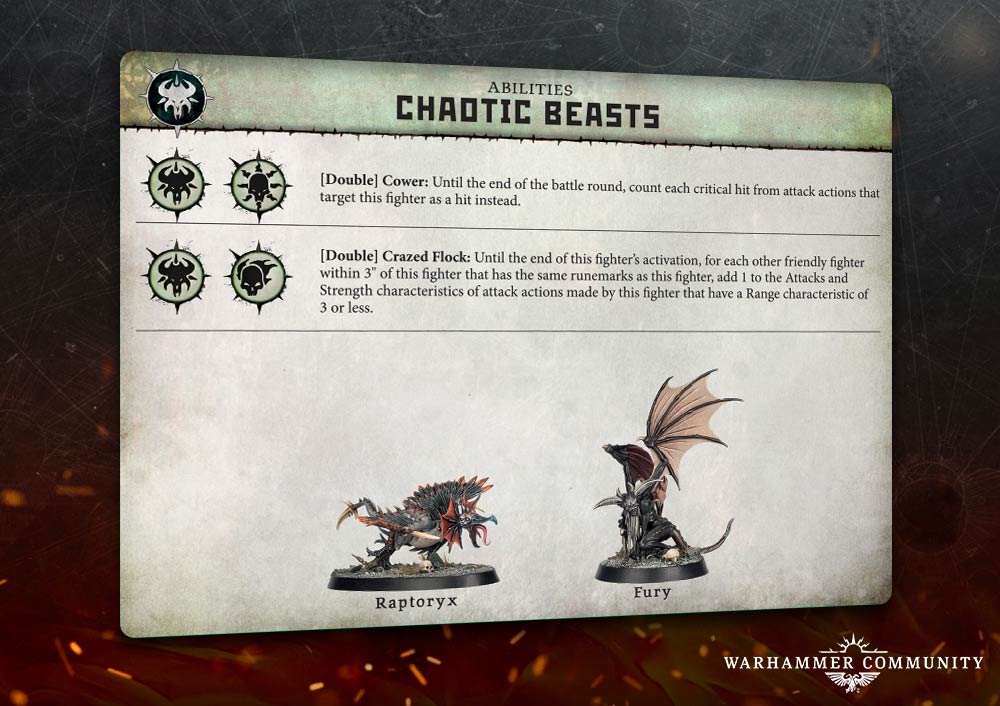 This creates a really interesting additional layer of strategy. Do you leave the chaotic beasts until last, and activate your own fighters, risking your opponent using them to deal devastating damage to your warband? Or do you take a chance on activating the chaotic beasts first?

That’s not all – throughout a Warcry campaign, you’ll also have the chance to add chaotic beasts to your warband as permanent thralls. In campaigns, you’re allowed one card with the Thrall runemark per territory you control. These are great for filling gaps in your roster. Fast-moving Furies complement the slow, heavily armoured Iron Golems perfectly, while there are few warbands that can’t make use of the ferocious offensive power of a Raptoryx! 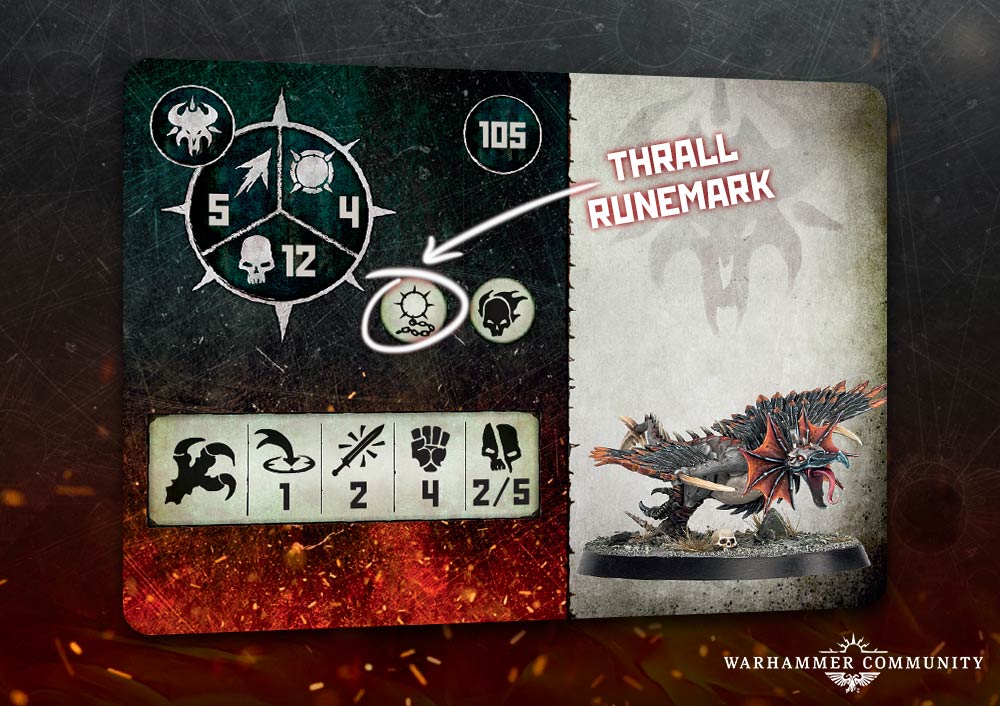 Chaotic beasts even have their own abilities – Crazed Flock, for instance, makes Raptoryx even more savage in close combat. 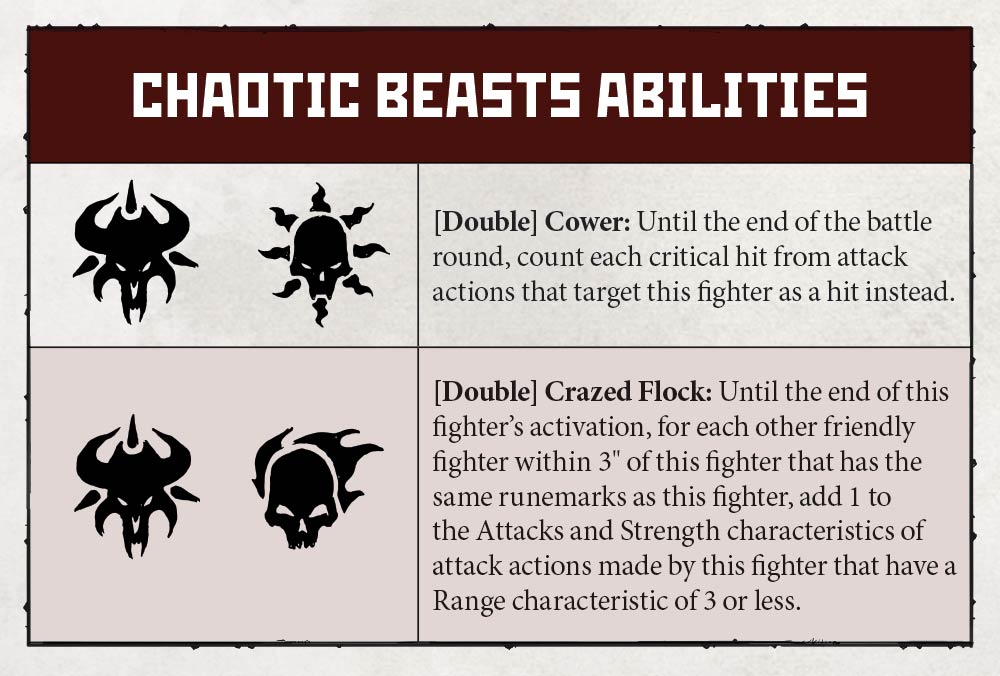 One more thing! As you may have noticed at the weekend, both the Raptoryx and Furies have new warscrolls for use in your Slaves to Darkness army, representing stragglers and thralls that accompany Archaon’s armies as they sally forth from the Eightpoints. The former make for a fast shock unit – think Chaos Warhounds with beaks – while the latter are great for screening your units before fleeing to safety. In fact, everything in the Starter Set can be used in your Warhammer Age of Sigmar Slaves to Darkness army – check out the warscrolls for yourself.

Secure your own chaotic beasts in the Warcry Starter Set, and learn how to use them in your battles with our How to Play tutorial.