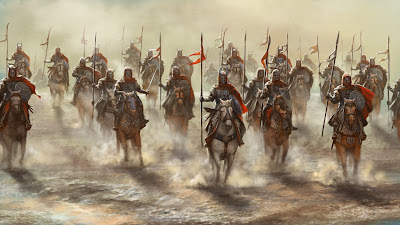 Its time to jump into combat and dive into the mechanics for the Genesys Project. And of course if you have not already, come over and support us in the currently running Kickstarter.
The Genesys Project: The Birth of Genesys

COMBAT IN THE GENESYS PROJECT
Combat in The Genesys Project is essentially approached the same way for both Ranged and Melee action. Here’s a quick rundown of the Combat process.

1. The Active Player activates a squad and moves into (or is already in) Melee combat or declares they are engaging in Ranged combat.

2. The Combat Situation determines which side, if any, has the advantage and gains a bonus to their dice rolls.

4. Any models hit may then attempt to save against taking damage.

5. If this is Melee combat, the non-Active player now repeats steps 3 and 4 attacking and resolving their attacks.


THE COMBAT SITUATION
Combat is very dynamic, with opposing sides always vying for the advantage over each other. This is represented in the Combat Situation, where Enhancements are totaled and compared to your opponent’s Enhancements. The player with the highest total Enhancements gains the difference between the two as a bonus to their die rolls in the combat.

Remember that Enhancements are in-game bonuses

For example: You activate a squad of yours and charge them into an enemy squad. Your opponent quickly totals up his Enhancements generally ranging from 0-4. He calculates he has a total of +2 Enhancements. You total up yours and find you have +4 Enhancements, which grants you an Advantage of 2. The result is you gain a +2 to your die rolls for the combat.

NOTE: In Melee combat you must decide between offensive or defensive Enhancements. Offensive directs your bonuses to your rolls to hit, while defensive applies them to saves against hits.

The Maximum Age bonus for the 1st Age of The Genesys Project is 4, capping your Enhancements to 4.

TO SAVE AGAINST A HIT
When hit, you must now determine if the attack wounds, and possibly kills, its target. The player with the model being hit now gets a chance to save from taking damage.

If the die roll equals or beats the CRN, the model takes no wound.

If it is not possible to make a save, the result is a critical hit - no save is allowed, and additional damage is often the result.

Do you have any questions about these points? Feel free to ask them below.
Up Next - Missions, Awards, and Progression 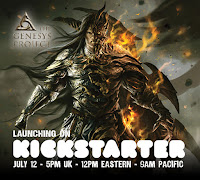