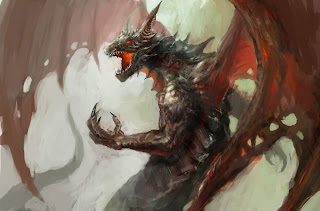 Join and Support The Genesys Project Kickstarter at the link here. We are successfully funded!
https://www.kickstarter.com/projects/thegenesysproject/the-genesys-project-the-birth-of-genesys

PRIMER: CREATING REPTILIA
The Reptilia are tied to ancient lineages tracing back to the Great Leviathan that once protected the Genesys Worlds. These lineages provide the varied forms of Reptilia found in The Genesys Project.


WHERE THE REPTILIA EXCEL
The Reptilia begin with a single set of Starting Characteristics and are stronger and tougher than their Humanoid or Fey counterparts. Being bigger, faster, and stronger has its advantages and these are compounded by Bloodlines which are the most “Pure Blooded” within the Reptilia Lineages.

REPTILIAN LINEAGES
Lineages form the backbone of traits and abilities for the Reptilia. Where you would normally find Mutation, Adaptation, and Knowledge traits in a Domain (ie Humanoids, Biests, and Insekt), all of these are part of the larger Reptilian Lineages. These form a larger set of Traits from which can be combined together, are split into three levels beyond the normal Primary and Secondary traits.
The three levels of traits in each lineage:

BLOODLINE TRAITS
These form the backbone of the Pure Blooded and no Reptilia during the 1st Age may have more than a single Bloodline, granting access to Bloodline traits within their Lineage. Don’t forget the easier access to Greater traits either, as that can add a lot of flexibility and strength to your Reptilia faction.
Note: You are not required to take Bloodline traits as a Species Trait. Instead you can take them as Class Traits and to focus parts of your faction in different directions.

REPTILIAN DEGENERATIVE SPECIES
While there are Pure Blooded Reptilia within the lineages, there are also those whose direct lineages have fallen and diverged into more regressive forms. These are the Degenerative Species of the Reptila and while they are not “lesser” by any means, they do stray from the pure genetic lineage of the Leviathan. Here you will find such forms as Drakes, Dinosaurs, Annura, Caudata, Basilisks, and Naga. These can open up the creation of new reptilian races or help you dive straight into the creation of Reptilian Monsters.

REPTILIA OPPORTUNITIES
The Reptilia offer a large number of opportunities for creating a wide variety of Reptilian races and Monsters. They are able to  delve into Arcane energies, Dark Ophidian Sorcery, or powerful Monsters including Dinosaurs, Dragons, and Kaiju. The Reptilia have an interesting combination of military might, spell-like powers, natural weapon morphs, and innate powers available as directions to take your Reptilia creations.

Coming Next: CREATING THE FEY