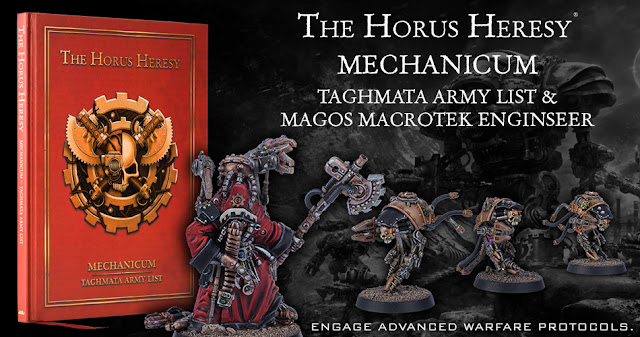 Not only was the Mechanicum book released, but alongside it the Magos Macrotek Enginseer with 4 Servo Automata. A great day for the Mechanicum!!!! 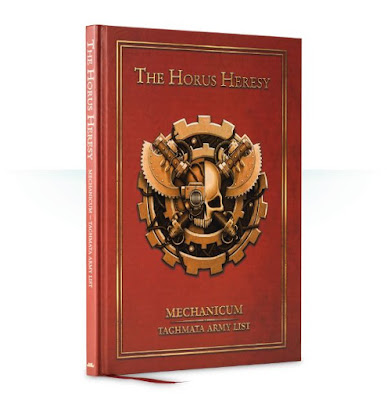 The Horus Heresy Mechanicum: Taghmata Army List £32
http://www.forgeworld.co.uk/en-US/The-Horus-Heresy-Mechanicum-Taghmata-Army-List
The Horus Heresy Mechanicum: Taghmata Army List brings together the Mechanicum units and rules from The Horus Heresy Books One to Five in a 120 page, hard back book. It includes background and profiles for all of the units available to the Mechnicum Taghmata, Legio Cybernetica and Ordo Reductor armies as well as support aircraft, seven classes of Knight, the Warhound, Reaver and immense Warlord Titans and introduces powerful new units such as the Ordinatus Macro Engines.

Additionally, this book includes updated Age of Darkness expansion rules for playing games of Warhammer 40,000 during the Horus Heresy, and all of the weapons profiles and special rules you’ll need for your Mechnicum army. 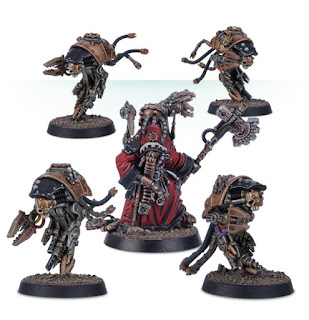 Mechanicum Magos Macrotek Enginseer and Servo Automata £45
http://www.forgeworld.co.uk/en-US/Mechanicum-Magos-Macrotek-Enginseer-Servo-automata
Tech-Priest Auxilia form a key part of the Mechanicum in battle, making battlefield repairs and bringing weapons of their own to bear on the enemy. Led by a Magos and surrounded by a host of servo-automata, many of the Tech-Priest Auxilia are of the Macrotek order of high techno-arcana.

This is a complete, multi-part resin kit that builds five models. It includes one 32mm round base and four 25mm round bases. 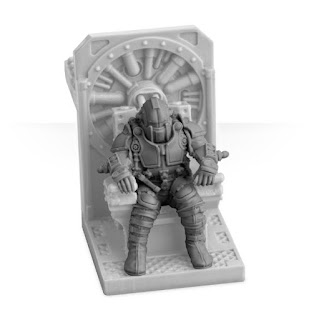 Knight Scion Seated £15
http://www.forgeworld.co.uk/en-US/Knight-Scion-Seated
Lord Scion’s are amongst the most experienced and revered of pilots in Knight Households. Their rank may be that of baron, count, margrave, thane or any number or variations, but their duty is the same, commanding the Household’s resources and upholding their honour on the battlefield.

This Knight Scion fits perfectly into the command seat of any of Forge World’s Cerastus Knights and can be used to represent a Knight pilot of any rank.