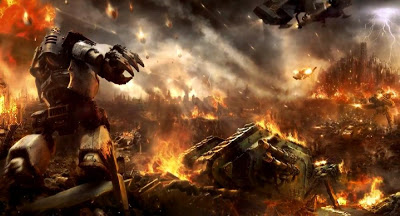 The rumors for the Horus Heresy (30k) keep on coming, with a list of releases that are coming after the starter box set at the end of the year. The list is very big for a single month of releases they way things have been released over the last several month.


What we do know is that the stand alone box set is coming soon.

Please remember that these are rumors, and they are a little suspect at this particular time. Add some extra salt.

via Larry Vela on Bols
http://www.belloflostsouls.net/2015/08/30k-rumors-horus-heresy-launch-products.html
Today we get a list of Horus Heresy products said to be in the initial product launch to shore up the Boxed Set.  Here they are:

This list has been collated together from multiple sources:

– These products are said to be coming in very early 2016.
– These will be released in a solid block of releases stretching out over 1 month.
– These are obviously coming at least 1-2 months after the Boxed Set arrives in Q4.