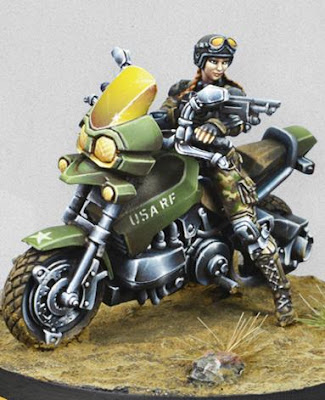 We have 7 days until the Nova Open Charity raffles are done. The final countdown gives us a last look these models before someone walks away with them. Featured today is a studio painted exclusive model from Corvus Belli, and two models donated by Massive Voodoo’s Roman Lappat.


PLUS THE MALIFAUX 7 COLLECTION!
Malifaux 7!


Ships to winner anywhere in the world with a deliverable address
Gary Krieger (NATFKA; Faeit212) in the Foundation Lounge from 9:30pm – 11:30pm on Saturday, September 5, 2015
Drawings:  Sunday, September 6, 2015 at the NOVA Open Tabletop Wargaming Convention