What's On Your Table: Objective Markers 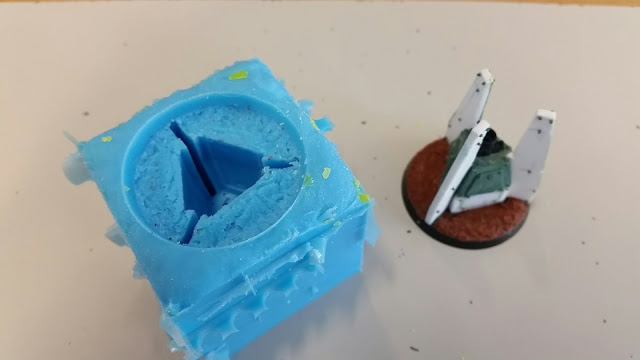 What's On Your Table:Objective Marker

Hi Natfka
Been loitering on your site for some time and you have been kind enough to post some of my other little projects on your site such as my Tau defence line and a couple of my sculpts.

Seeing as we might be having a 40k dry spell I thought I would throw this in to help inspire some people to try their hand at their own to tide them over.


Decided to set myself a challenge and create some objective markers that could be clearly numbered and have a little narrative in game. I came up with the idea for these supply pods that would be launched from orbit to resupply marines on the front lines and thought it would make something worthwhile for both sides to fight over.

I should point out they can also hold a small dice between the fins to mark mysterious objective number but that was just a happy mishap lol.

The main brief I gave myself was to keep it simple, could be cast in one go and mounted on a 40mm base.

I started by creating a 2D CAD module and printed out a template that I used to cut out the basic fins from 2mm plasticard. I then cut out smaller sections for the body of the pod and combined with green stuff to give it its basic shape.

I used acetate for the door hatches (hard to see I know) as I could cut it out nice and simple and it did not stick out to much. the rivets are just green stuff rolled nice and thing and then I used a little template to cut a load of them to the same length and stuck them on with glue.

I used liquid blu-stuff  to create the mould and a nice little resin called EasyFlo 60. I got both from eBay.

There was a few miscasts and even the best ones had a few bubbles but nothing that could not be fixed with a little superglue or green stuff in the case of the bigger ones.

All in all they were very good fun to make and I plan to do something for both my Eldar and Tau once I get some more time and ideas.

Hope you enjoy and find some inspiration to go out and create your own themed objectives J
Thanks Alex. 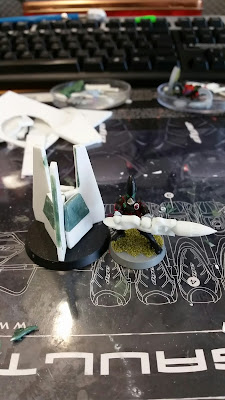 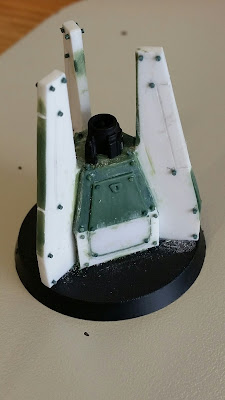 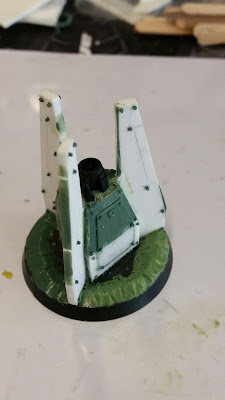 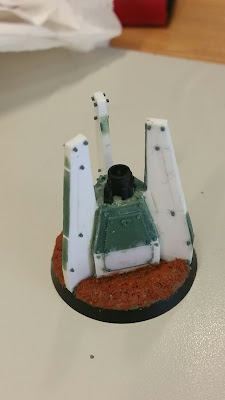 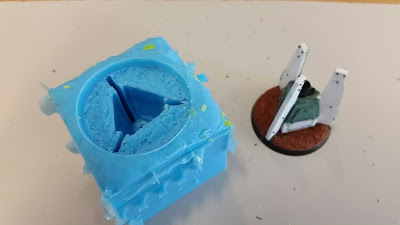 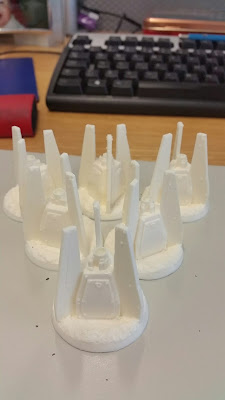 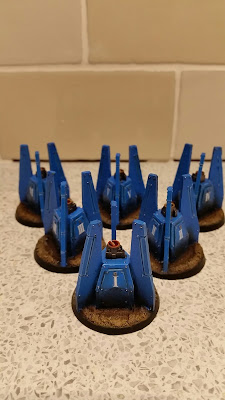