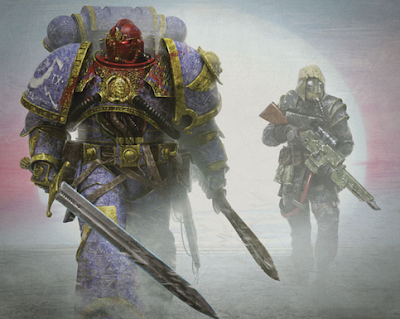 Rumored to be coming in October, the Battle for Ultramar Horus Heresy stand alone game has been on the forefront of the rumors for months. The origins of these rumors are from Hastings, and since then rumors have spread all over the place. Finally we have solid information that this will be coming in October, and the name of it seems to be getting locked down. Today we have some contents, beyond the sprues that we have seen.

via anonymous sources on Bols
http://www.belloflostsouls.net/2015/08/rumors-horus-heresy-battle-for-ultramar-mini-contents.html