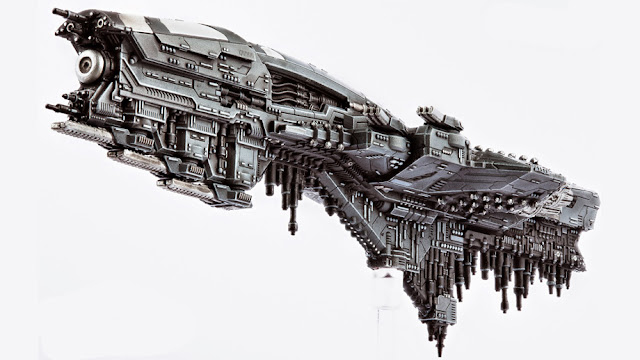 The one game that we are waiting for... well a lot of us, is Dropfleet Commander. Dropzone is an incredible game, and Dropfleet is promising to be just as good... if not better. It's extremely anticipated and now we get a first look at the game from Dropzone Commenter (Alex), who has put together this article and video for the new game.


via Dropzone Commenter
Make sure to read the article, as it goes into more detail of the game as well as the companion video.
http://gamerati.com/dropfleet-commander-exclusive-first-look/
At Gen Con 2015, the Dropzone Commenter team got an exclusive, first-in-the-world demo of Hawk Wargames’ upcoming space fleet combat game, Dropfleet Commander (heretofore abbreviated DFC)!
We had the good fortune to have Dave and Simon of Hawk walk us through how combat and movement work, and to talk about how some of the special traits of the UCM and Scourge fleets work, and even a little inside dirt on future plans for the PHR and Shaltari fleets! It was great fun, and we’re excited to share the full video of our chat with you now…