Tau. New Commander On It's Way 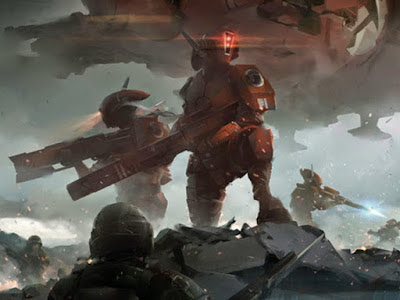 This mornings source on the Tau has an additional bit to it, that a new XV 8 Commander will be released alongside the two new larger "Riptide" sized suits. Whether the suits are a single box set, with this as single clam pack (what previous rumors have said were coming) is yet to be seen. It does seem though that September will be a huge return to Warhammer 40k.

These comes from very solid sources. These are still on the vague side of things, and I am hoping that over the next week we can get something a little more detailed.

via anonymous sources on Faeit 212
A new XV 8 Commander will be released as well.

From earlier
The Tau Codex is coming, but no real ETA I can share at the moment. In it Tau will get 2 new suits, one larger than a riptide, another smaller than a riptide.


via another solid anonymous source on Faeit 212
XV8 Battlesuit Commander is unaviable for e to order for my store meaning there will be a new release in next 2 weeks
8/25/2015
Natfka
40k, 7th Edition, New Releases, News Headlines, Rumors, Tau