The Fear of Warhammer 40k Getting Simplified 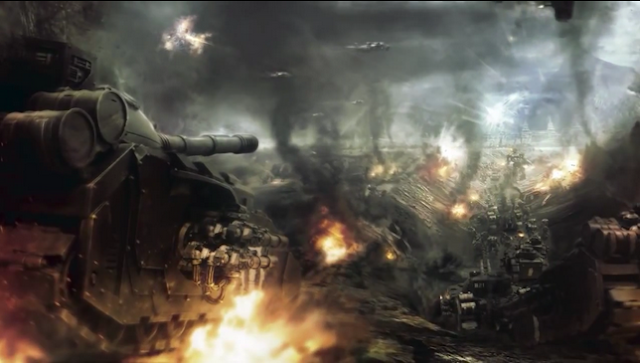 There is a big fear right now in the community. Its not a small one either, nor an unjustified one. The future of Warhammer 40k is unknown, and we are still hot on the heels of Warhammer Fantasy being replaced by the much simpler and easier to get into Age of Sigmar.


There are a couple things that should help us catch our breath and keep things calm. First off, Warhammer 40k is a huge seller for Games Workshop, and I do not think they want to kill it off. It's just not logical. However, I can definitely see some adjustments happening, and even some simplifications..... just not a complete make over.

Here are some of the latest discussions from Hastings on the subject to clarify what he has said in the past. Some of what has been talked about... just needs to be re-said.

via Hastings on Warseer
I did originally post that outside the HH box set the 30k range (or some of it) would feature logos (and rules) for both 30k & 40k, so I think it's pretty safe to assume that 30k & 40k will have different rulesets. As GW now see themselves as sellers of models to collectors and NOT a games company I fully expect at least one of the systems to be a simplified AoS(ish) ruleset.

It's not to "lead into 40k" it's 30k, it's a separate game system. The HH boxed game is standalone, like the 40k EF assassins game was.

The components from the HH box game will form the first part of the 30k range, the assassins from EF boxed game should be released eventually as individual minis for 40k, again all from my post in feb.