Take Control of an Imperiall Knight in Freeblade: Official Trailer

Take control of an Imperial Knight in Warhammer 40,000: Freeblade. Here is the official trailer for the upcoming game. It will be available for mobile devices and tablets with no official date as of yet. It looks promising to have on mobile devices, and just have some time to wait around. 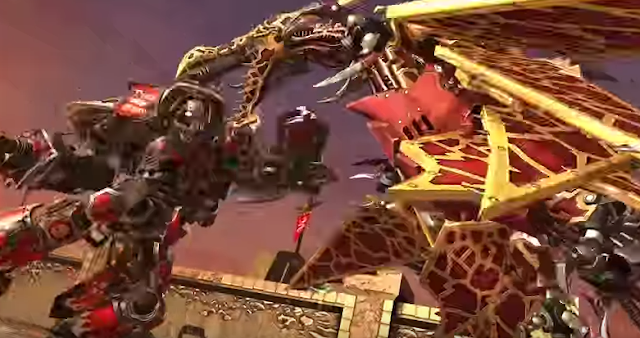 via Pixel Toys
http://www.pixeltoys.com/games/
TAKE COMMAND OF AN OF A WARHAMMER 40,000 IMPERIAL KNIGHT
When a young Imperial Knight sees their noble house destroyed by the twisted forces of Chaos, they join forces with the Dark Angels Space Marine chapter as a Freeblade. Experience the epic story in over 40 single player campaign missions as you command your Freeblade on a journey of honour, redemption and vengeance. Challenge your skills in special objective missions and patrol the world of Tarnis to slay endless waves of invaders.