Home » News Headlines » Presence of Faeit » The End Times » The Endtimes: Books I and II and their Fate.

The Endtimes: Books I and II and their Fate. 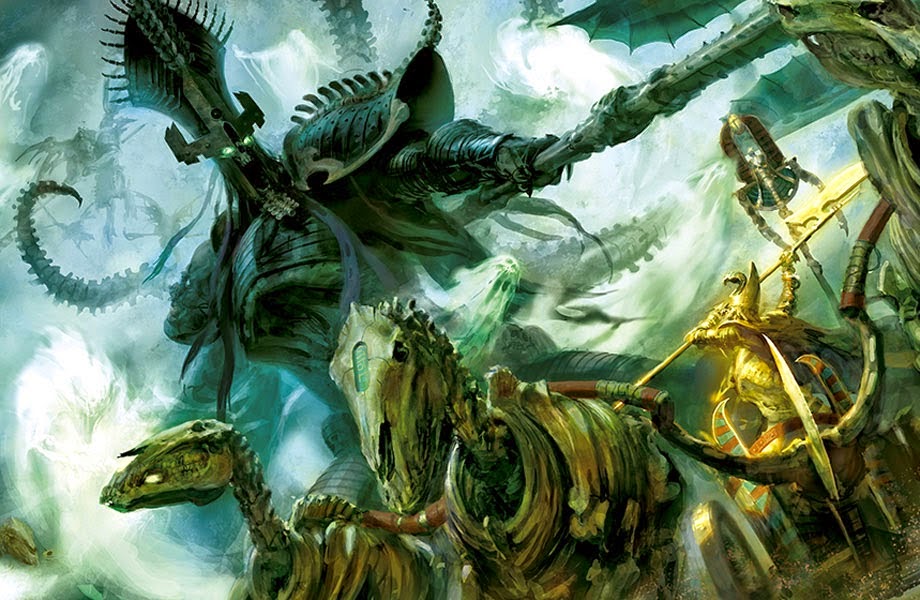 Lets be honest here, and straight, Warhammer Fantasy really needed some life injected into it. It was explained to me that there just are not enough new people starting up new armies of Fantasy, simply because the community that played a lot of it, already had their models and bought very little. Warhammer Fantasy is a good game, and its last edition played well, but without a influx of new players and new armies being bought, the games was not doing well in the eyes of Corporate.


The Endtimes literally changed this over a few week period. Both books are hard to keep in stock at stores, and it has been explained to me that selling books (and dataslates etc) equates to selling models (a new GW attitude that is quite evident over the last year). This can be seen with the new 40k Campaign books, and with the recent Endtimes shake up.

I checked again this morning on the GW webstore, and yes, both Endtimes Book I and II are both sold out on the site. That is really incredible for Fantasy, and whoever had the idea really needs a raise.

40k
While we know that a new edition is coming most likely next year, the Endtimes has proven to be very successful. One question I have is..... will 40k follow this fate? Its been the subject of a lot of behind the scenes conversation here on Faeit 212, but no rumors or anything solid on it to report yet. I believe that the people that matter, are still seeing how this all plays out with the Endtimes.... after all they are in no rush.

Fantasy is a good game, and I am not going to get into the 40k vs Fantasy, so please stay clear of these arguments.

Softcovers
Right now, stores with copies of book I really should be posting that they have them where ever they can, because there are still lots of hobbyist out there that want them. Of course each store should be getting Glottkin next weekend, but I cant even imagine the mad rush to the stores that will be. A little crazy.

So what is going to happen with the Endtimes books. Luckily we already know..... I said know (not a rumor)... that the book I Nagash is going to be released in softback. Its not a rumor, as the GW stores have received emails saying they are coming. This seems to be the answer to the high demand for the Endtimes.
http://natfka.blogspot.com/2014/10/the-endtimes-book-i-to-be-released-in.html

Book II, Glottkin, sold out during pre-orders in only a few hours, and it is likely that a second run has already been ordered, or will be, come Monday morning. I also would find it likely that GW will follow a couple print runs with a softback Endtimes: Glottkin release.

If you really sit back and consider it, its excellent marketing strategy to have the softback versions of both Endtimes books released again, once we again shift our focus back to 40k releases.

reds8n talking on the forums about the same thing. (one of the few people I find worth listening to on dakka)

The softcover reprint of book 1 is 100% confirmed and happening.
Think it safe to assume that the same will happen for book 2.
GW sent emails to the store managers one... maybe two ... weeks ago informing them of such.
Which pleased a lot of them as some of those people missed out on the book as well.
10/26/2014
Natfka
News Headlines, Presence of Faeit, The End Times