Maggoth Lords: Pre-Orders are Up 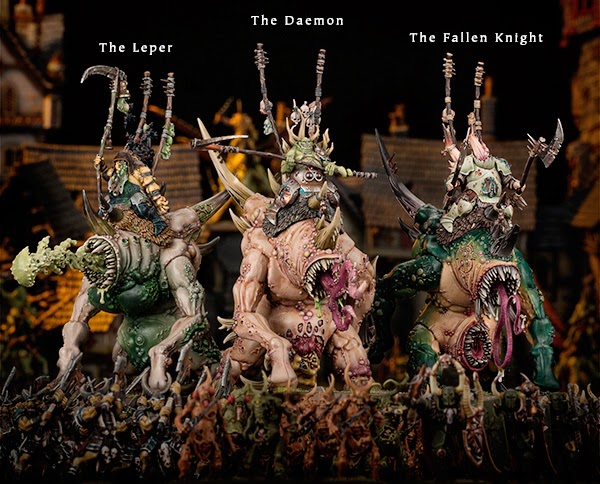 Pre-Orders are now up for the Maggoth Lords Endtimes release. Its a single box set with the options to build one of three characters. Alongside it are some web bundles as well. 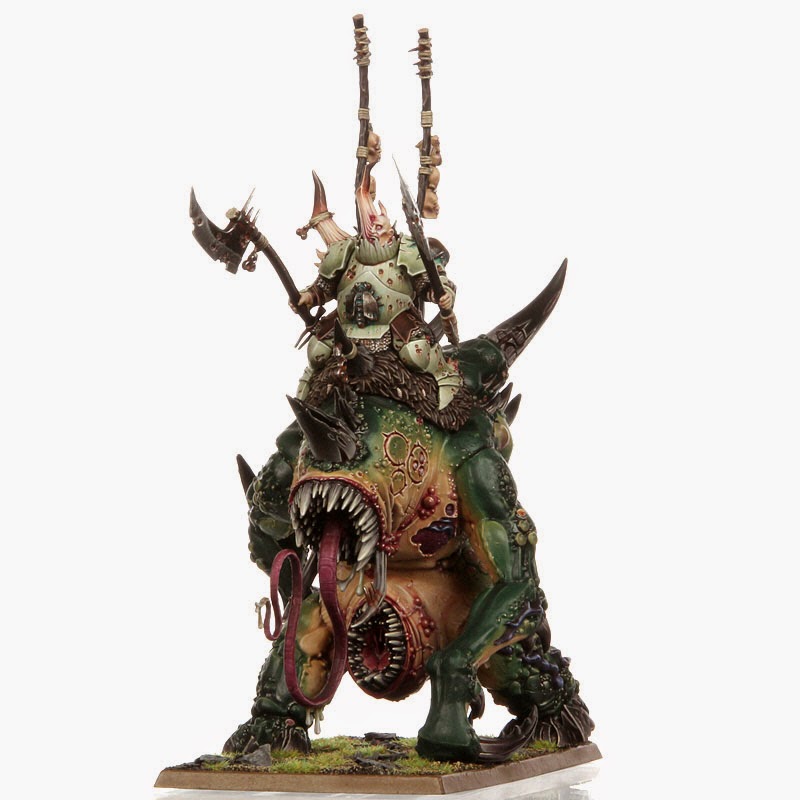 Orghotts Daemonspew
Lord of the Icehorn Peak tribes and master of the pox maggoths, Orghotts Daemonspew was born of an unholy union between a Great Unclean One and a human witch. His one and only wish is to claim what he perceives to be his birthright by becoming a true daemon. 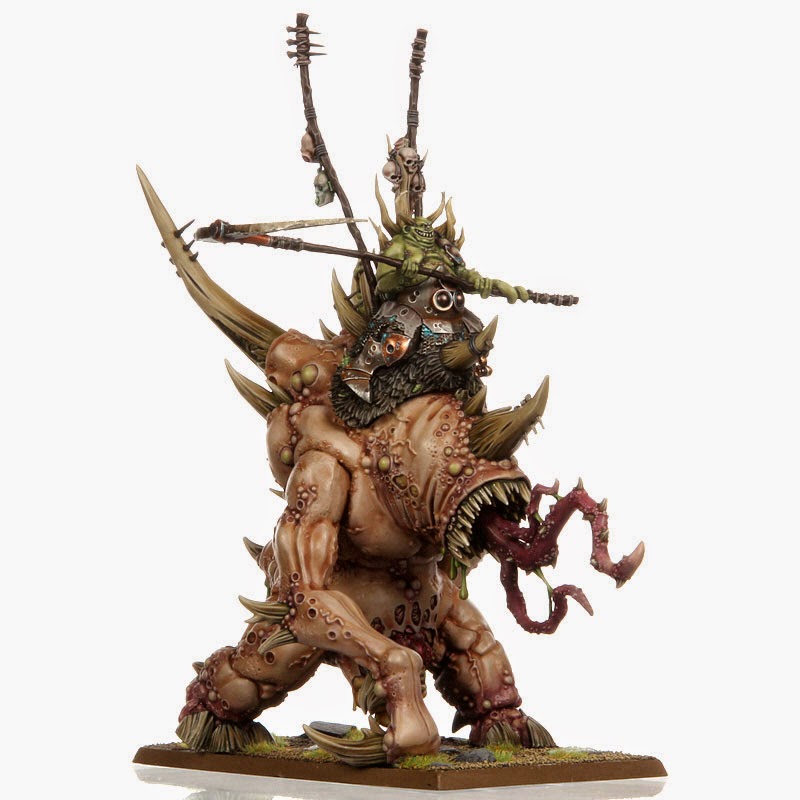 Morbidex Twiceborn
Morbidex Twiceborn is a powerful, vengeful warrior of Chaos. As a baby he was born into flames and hideously scarred only to be reborn in the image of Nurgle many years later beneath an avalanche of suppurating, Nurgling flesh. 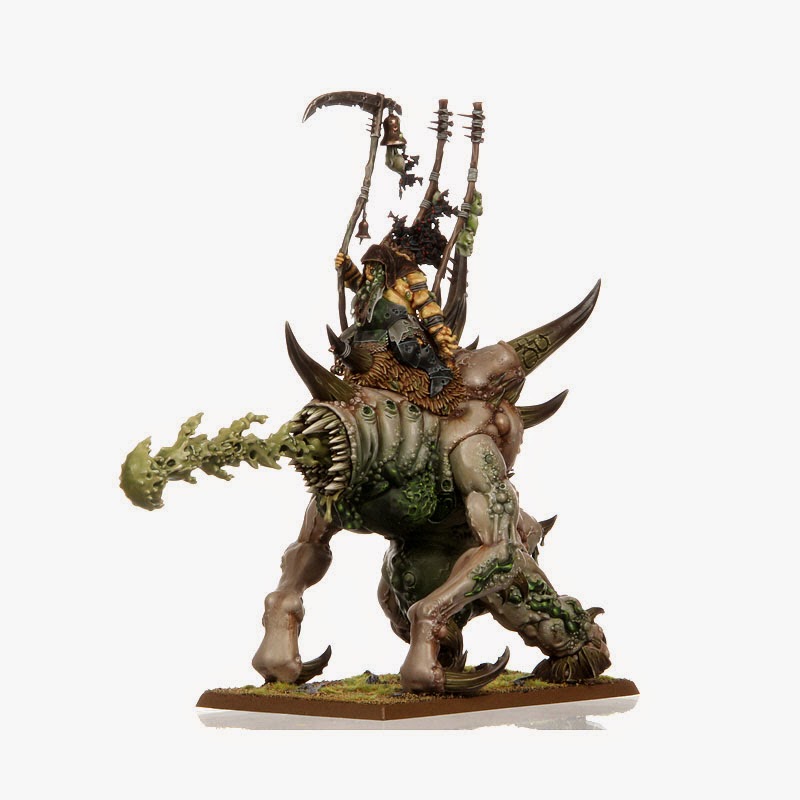 Bloab Rotspawned
From afar, the chaos sorcerer Bloab Rotspawned appears to be constantly surrounded by swarms of unnatural insects. Only his fellow warriors in the Icehorn tribe know that Bloab is in fact the swarm, and the swarm is Bloab.
10/17/2014
Natfka
New Releases, News Headlines, The End Times