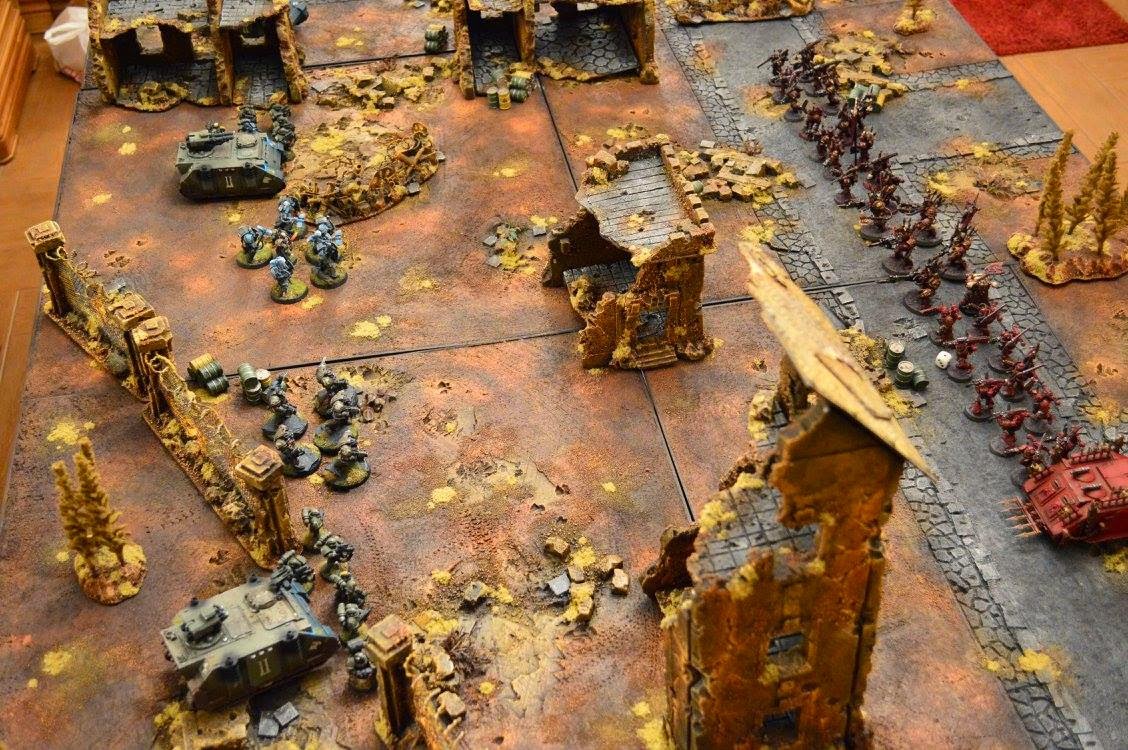 I really enjoy reading or watching battle reports, and I thought I would share another one of them that I was reading through today from SN Battle Reports. Definitely worth taking a look at, and in the near future, (hopefully next week), there will be a site update on Faeit 212, that features more battle reports and community events. 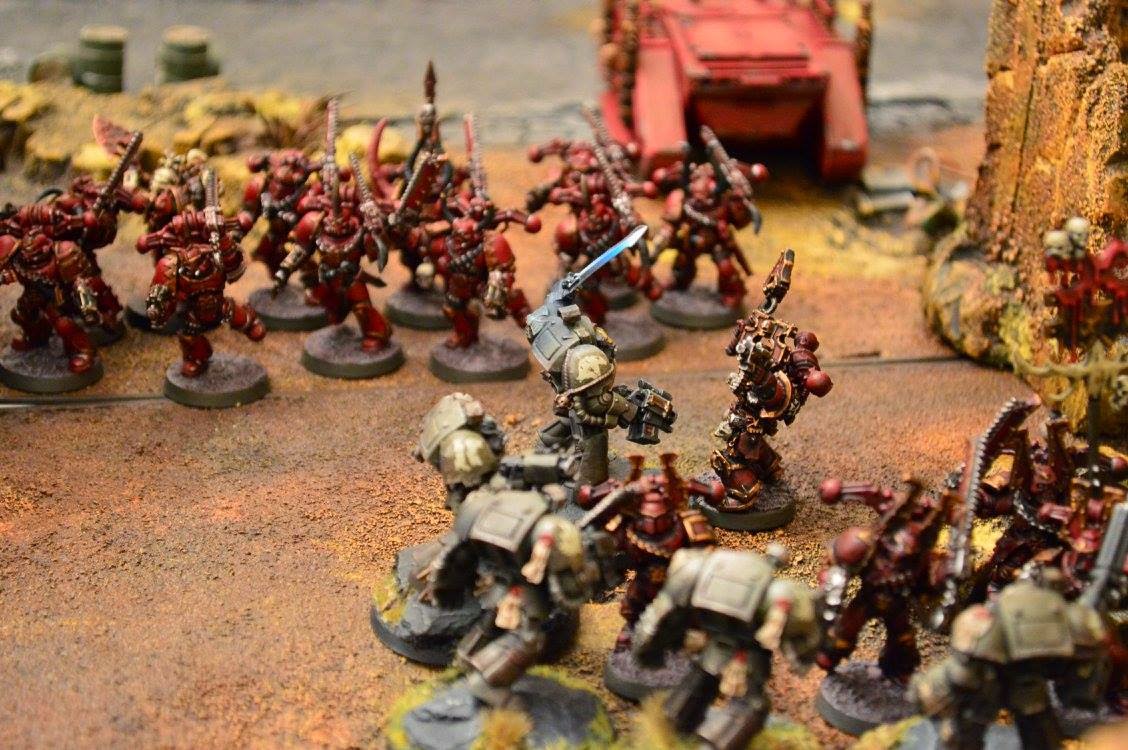 Lord Varaghast looked on as his followers continued to pile flayed skulls and severed heads on top of one another. The mound was already many times the height of a man and would soon match the height of the seven other skull pyramids in the settlements central square. The pitiful screams of the Corpse-Emperors followers finally abated as his World Eaters finished their grim ritual work.

This campaign, if it could even be called that, had been a massive disappointment to Varaghast. Ever since his ship had torn through the meagre orbital defences and let loose it's deadly payload of Dreadclaws he had felt a growing sense of... disappointment. That was it. Dissapointment.

The planetary defense forces had been butchered with such ease that even though a vast tally of skulls had been offered up to Lord Khorne, Varaghast' warrior pride had felt slighted by the worthlessness of his foes. He had bested hundreds of Astartes & followed his glorious Primarch as he and one hundred thousand other World Eaters had stormed the Imperial Palace on Terra, he had seen Titans hacked apart by daemons, he had slain those who claimed to be Gods with at close quarters... Now he watched on as his increasingly restless followers decapitated mewling women and bawling children.

His train of thought was interrupted by a series of loud concussive bangs. Varaghast slowly turned his predatory gaze upwards towards the storm wracked skies. His brutally scarred face broke into a horrifying approximation of a smile. The fiery contrails of a score of drop pods streaked towards the surface at breakneck speed. At last. He had tarried on this world who's name he had never bothered to learn in the hope that a worthy foe would find him and at last the Corpse-Emperor had seen fit to send his finest. "World Eaters, to me! Blood And Skulls!"

The World Eaters broke into a run at once, all heading towards the Loyalist drop zone. Before the day was out a new crop of skulls would be presented to Lord Khorne. 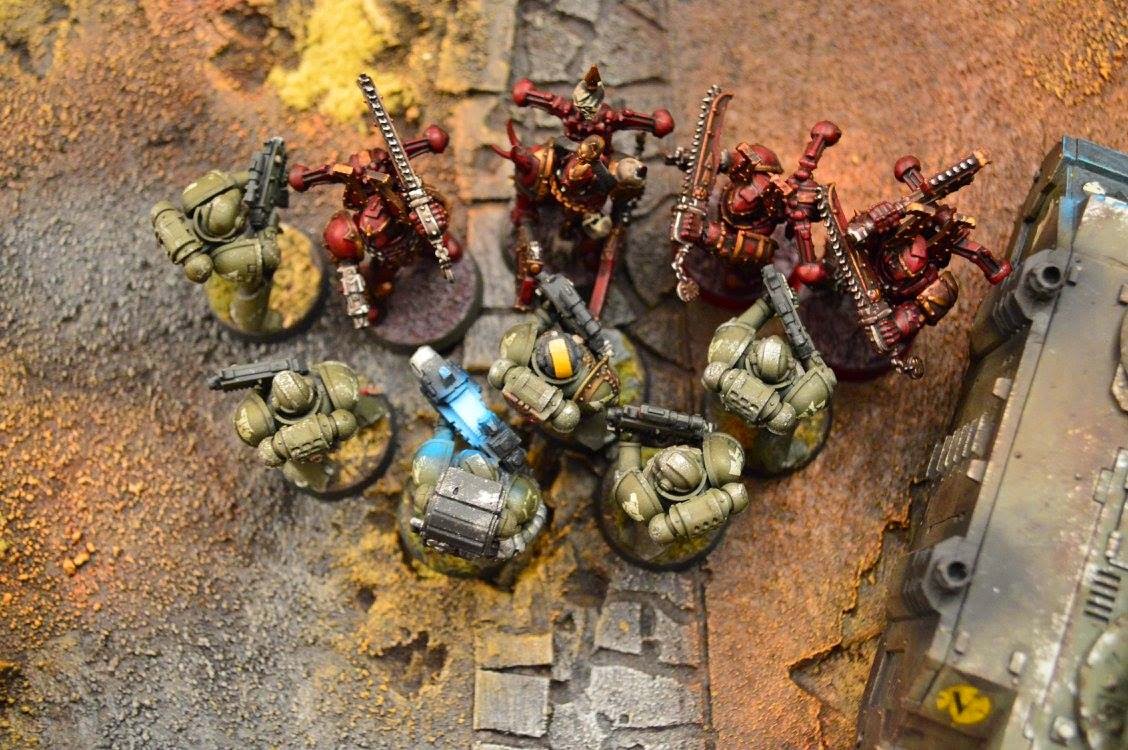 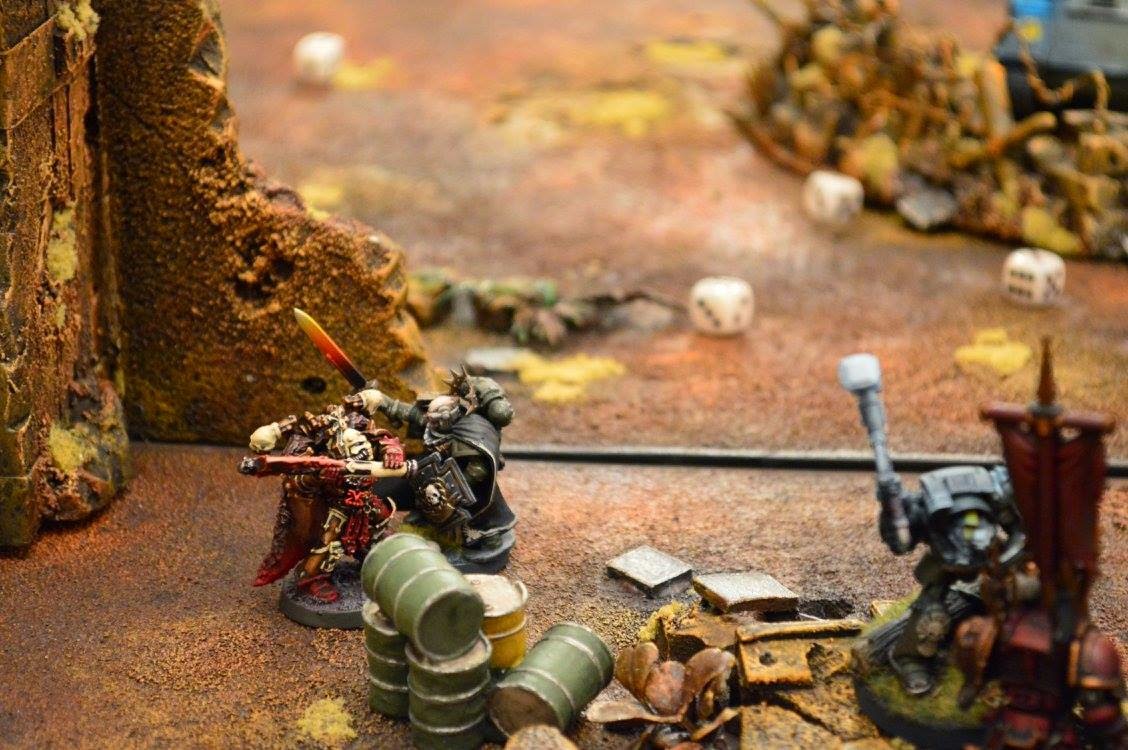 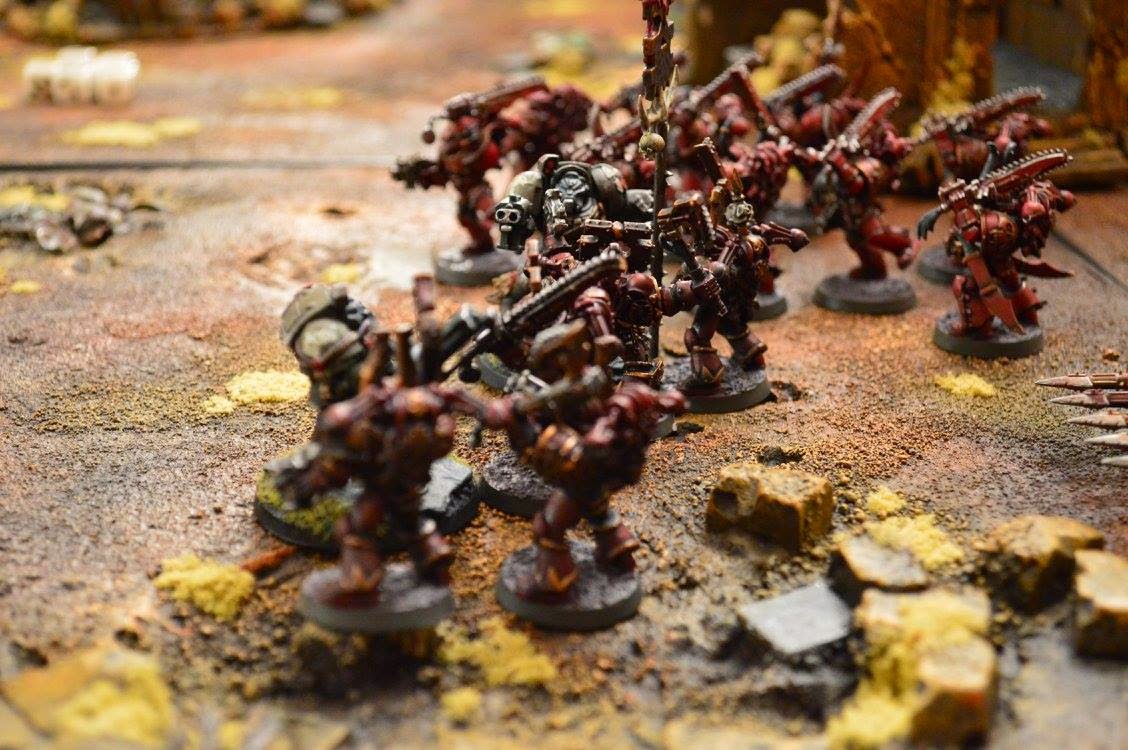