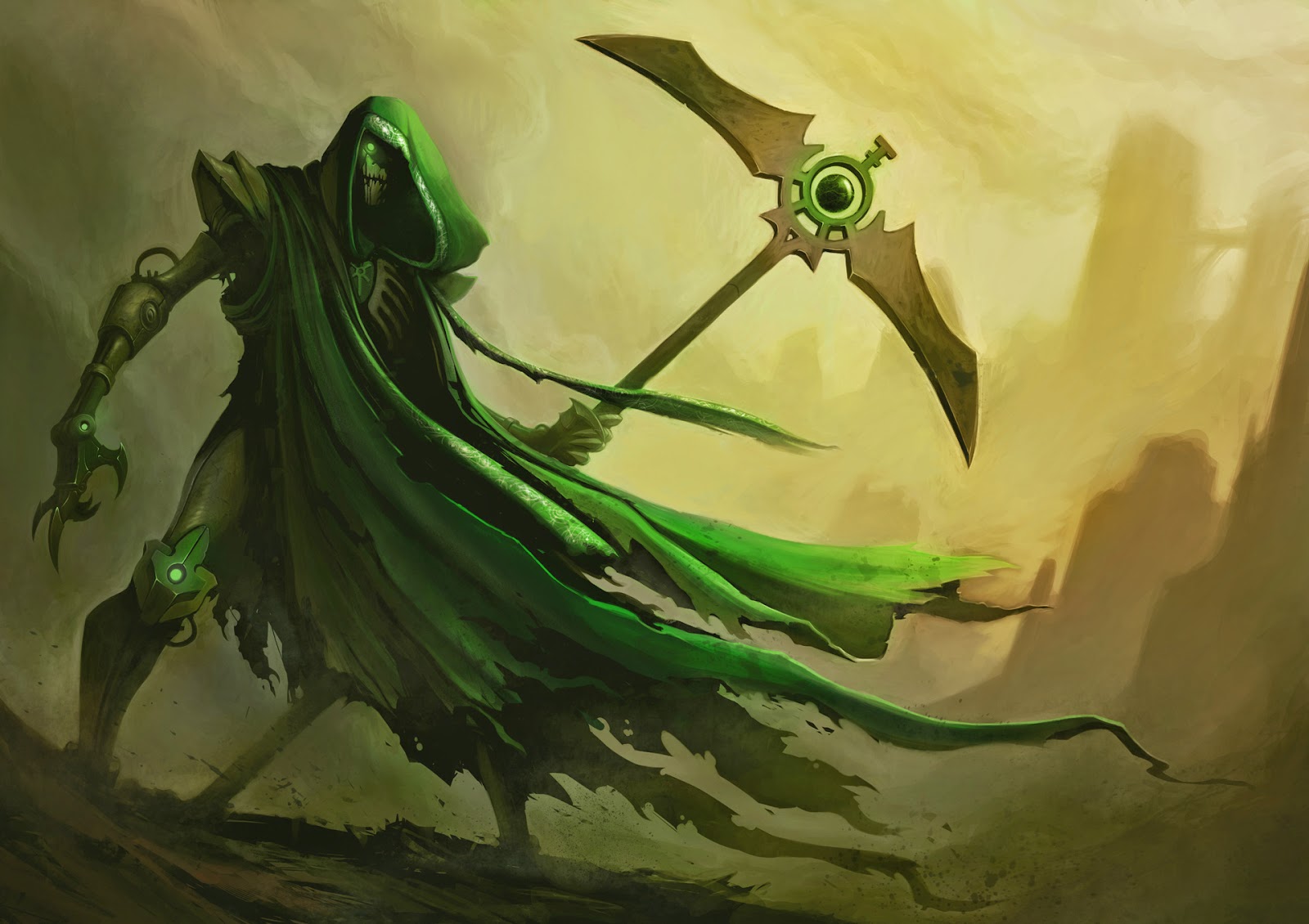 For the most part, we know that the near future includes Book II and Book III of the Endtimes and codices for both Blood Angels and Necrons. These have been heavily rumored, and are logical releases following the trends. There of course is the odd curveball thrown into recent rumors (tyranids model wave, and possibly Vect for Dark Eldar). Lets take a look at two of the most recent rumor bits.

Please remember that these are rumors. Both of these I believe have a lot of rumor reverb in them, and do not contain any new information with some opinion thrown in there. Regardless both have to be given a rating of **, even though the schedule is mostly logical.


via Lorcryst on Warseer
Please take the following with a truckload of salt ...

I was in my local GW today during a break between classes, and since it was a rather slow time, I chatted with the manager there ...

According to him, citing a source that currently works in Nottingham but that has to stay anonymous to keep his job, there will be EIGTH weeks of Chaos releases, not three, with more models for the other Chaos Gods ... no real idea of what will go out in what order, all he knows for sure on that point is that the preorders for the Maggot Lords (seen in pictures higher in this thread) will go up next Friday, but beyond that they don't even have order sheets in the store yet. And that contradicts the rumour about a Blood Angels Codex for 40K somewhere in November.

Another tidbit is that the Bretonnians will most probably be "squatted", because their imagery is not really copyrightable ... quite logical, they are almost totally "historic/mythic knights", but he doesn't know if they will disappear entirely, will be merged with something else, of be totally re-designed from the ground up.

And finally, there will be a 9th edition sometime next year, that should be a complete reboot and total revamp of the game we currently know : he told me about going to round bases and special "unit trays" ala Lord of the Rings to make square-ish units with a lot less models and a lot more space between them, and lamented for a full 10 minutes about having to rebase 5000 points of Skavens and 10000 points of O&Gs ...

via BoLS Lounge ( I have shortened this, if you wish to see the whole listing and comments follow the link to the Bols Lounge here http://www.lounge.belloflostsouls.net/

This takes us into mid November
- GW holiday bundles,
- Terrain special deals,
- and last (because there aren't any more movies) The Hobbit releases.