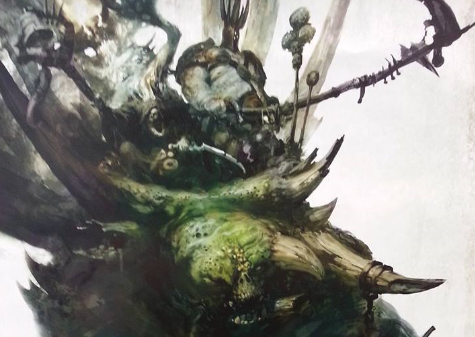 Information from White Dwarf is starting to coming in, revealing that there will be a single box set release this week for three special Nurgle characters mounted on a giant ape/worm monster.

I am not sure if this is the image of the new characters and or mount, but this has been out for a couple days now that is on  GW Windsor Facebook. Here is the whole image, and the rumor of what is coming from Warseer. The guys at TWG seemed to compile this first.

The image is just here for those that have not seen it yet, since it is a released image. 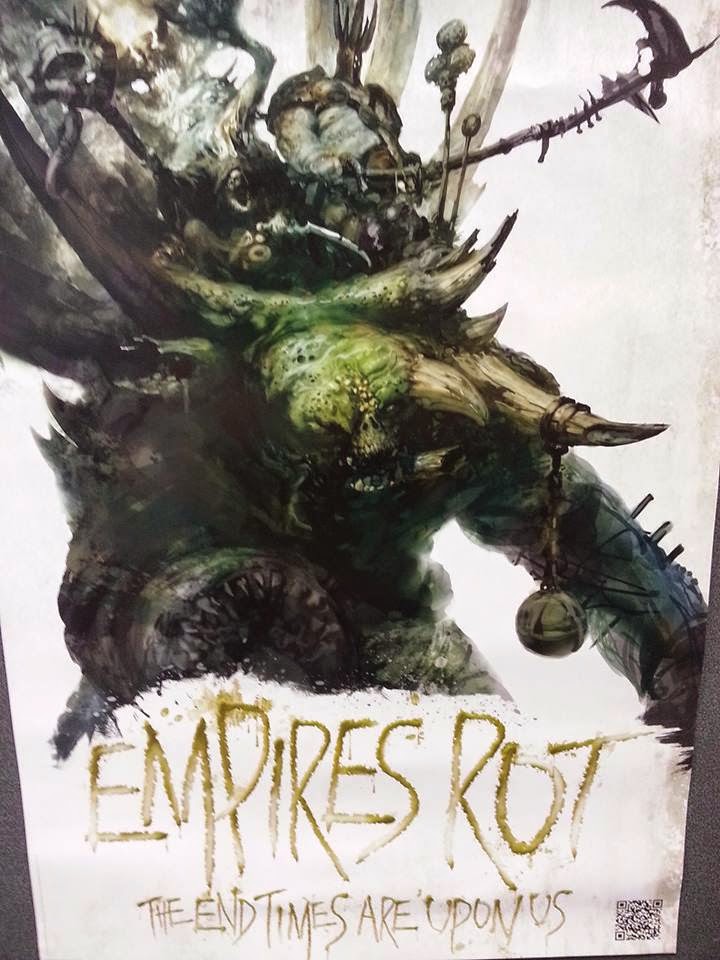 via Archibald_TK on Warseer
In the next WD:
- New box akin to the Mortarchs, allowing to create 3 special Nurgle characters mounted what appear to happen when you cross a giant ape and a very aggressive worm, rules included in the WD.

if you liked the Blight Kings, then you'll find the new ones awesome. If I remember correctly they're called something like Maggot Lords (I'm not even sure, see how efficient my memory is?)

Also I don't play WFB so I have no idea what I'm reading when it comes to rules. I just remember one of them can spit and it works like a catapult, 24" S3(4) ignore armors. They're lords and their prices all tend to float around the 400pts mark.

like the Mortarchs it's a unique profile for them and their mount.


Update!
The image just appeared on Warseer, here is a link to the source of the image.
http://www.starplayer.fr/boutique/librairie/magazines/white-dwarf/white-dwarf-n-38/

The poster is correct though on what this beast looks like.
Maggot Lords
10/13/2014
Natfka
Leaked Images, New Releases, News Headlines, Rumors, The End Times