Home » Bushido » GCT Studios » New Releases » News Headlines » Bushido: Are Your Ready for the Way of the Warrior

Bushido: Are Your Ready for the Way of the Warrior

I have several of their models, and have played Bushido several times. While I was once covering its releases, I simply lost track of the coverage. I am going back to covering its releases, simply because I have found myself pulled into the game recently due to how fun its combat system is. It is very much one of the best detailed hero combat systems I have played. In Bushido you allocate your dice to offense and defense and take on your opponents heroes in a fast paced skirmish game that is a lot of fun.


I am painting up what models I do have and will be running some videos on the game here in the near future. Until then lets take a look at Bushido's latest releases. 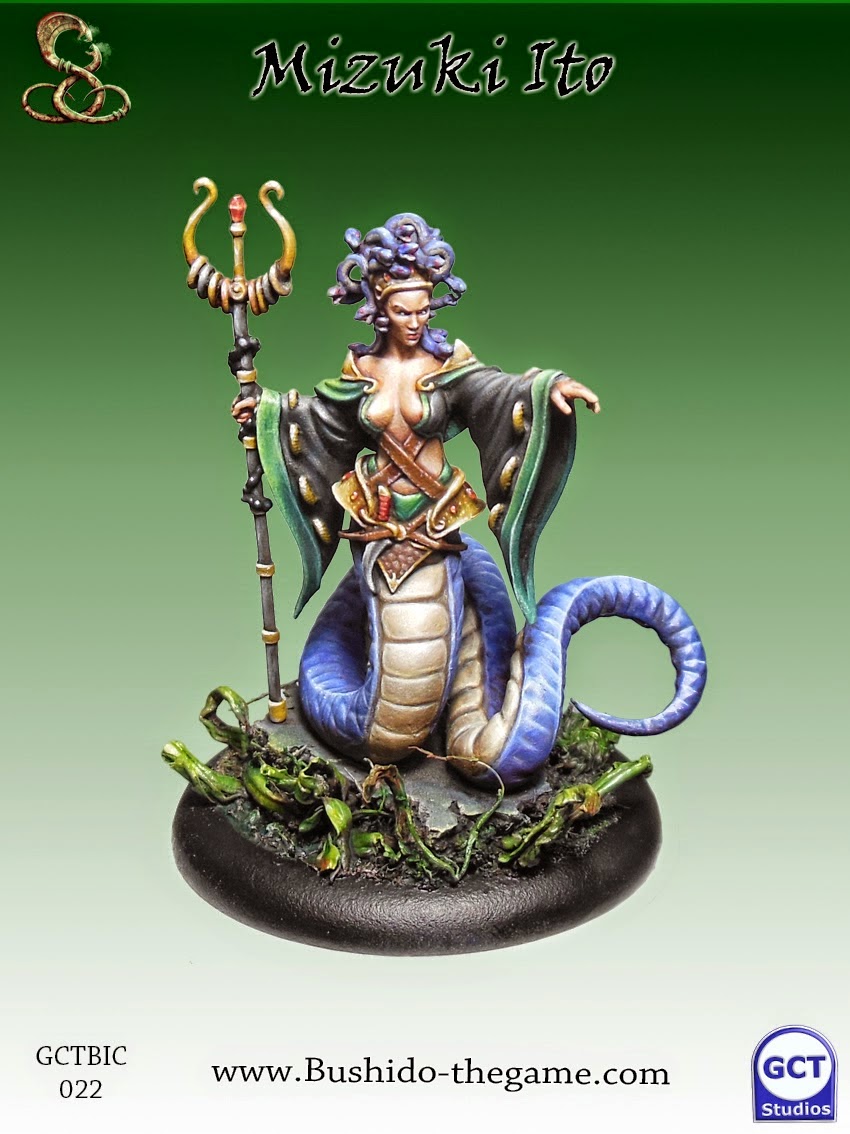 Mizuki Ito
http://www.bushido-thegame.com/catalog/mizuki-ito
£10.95
Another daughter of the Ito clan succumbed to the temptation of Orochi’s Blessing. Once a beautiful child of the Ito, with many a samurai lord interested in claiming her hand for a son. That was all before she started the visions that led her to her one and only partner, for now she is wed to Orochi. The Blessing awakening a deep power within her, granting her the power to grant minor gifts to fellow believers to conduct Orochi’s bidding. Her gaze able to bend the minds of even the most resolute to her own ends or freeze them in place until they might serve a purpose for this deadly and beautiful Shugenja of the Ito. 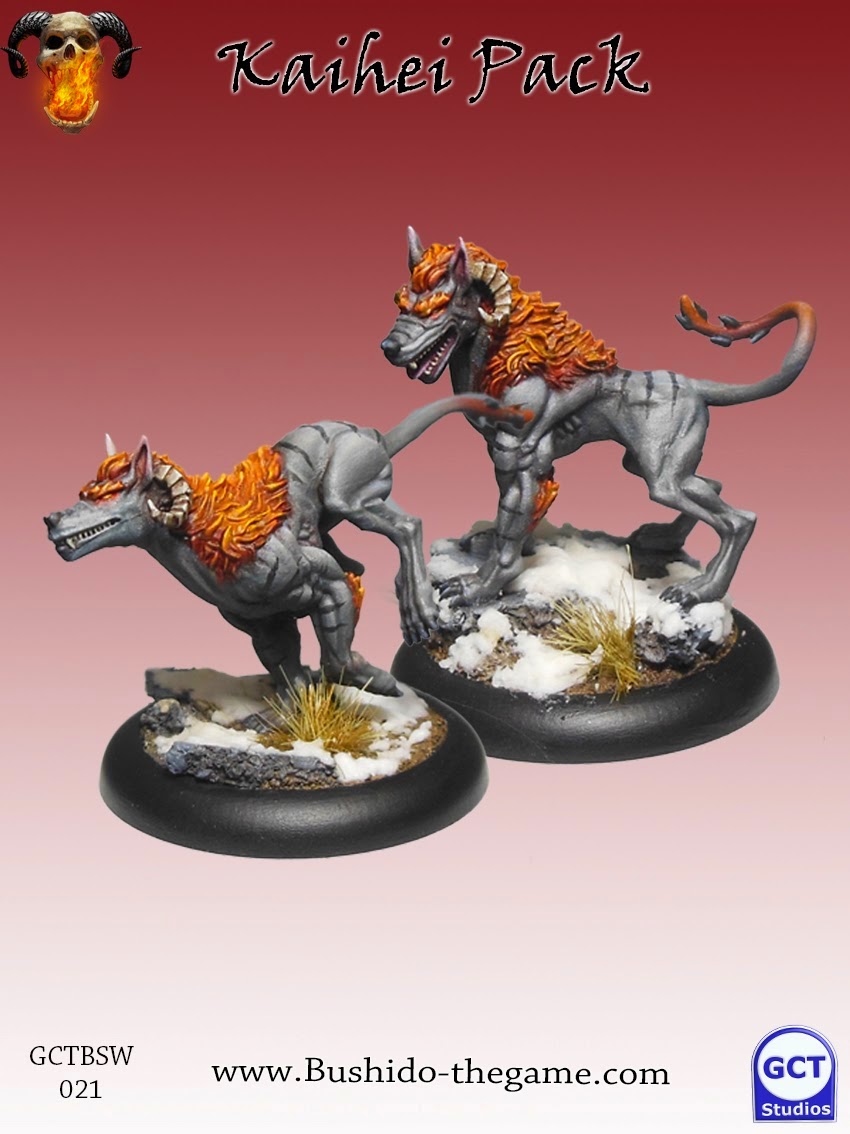 Kaihei Pack - Savage Wave
http://www.bushido-thegame.com/catalog/kaihei-pack
£10.95
These muscled hunters are pack animals and whilst fearsome in isolation they are truly terrifying when running in a group. Lean and agile they bound across the battlefield, throwing themselves with great momentum at their quarry, barrelling them to the ground whilst another in the pack snaps and tears at the exposed vital areas of the prey. Teeth and claws as hard as steel they can tear through even the toughest of Minimoto iron with a concentration bite.