What's On Your Table: Spectres From the Warp 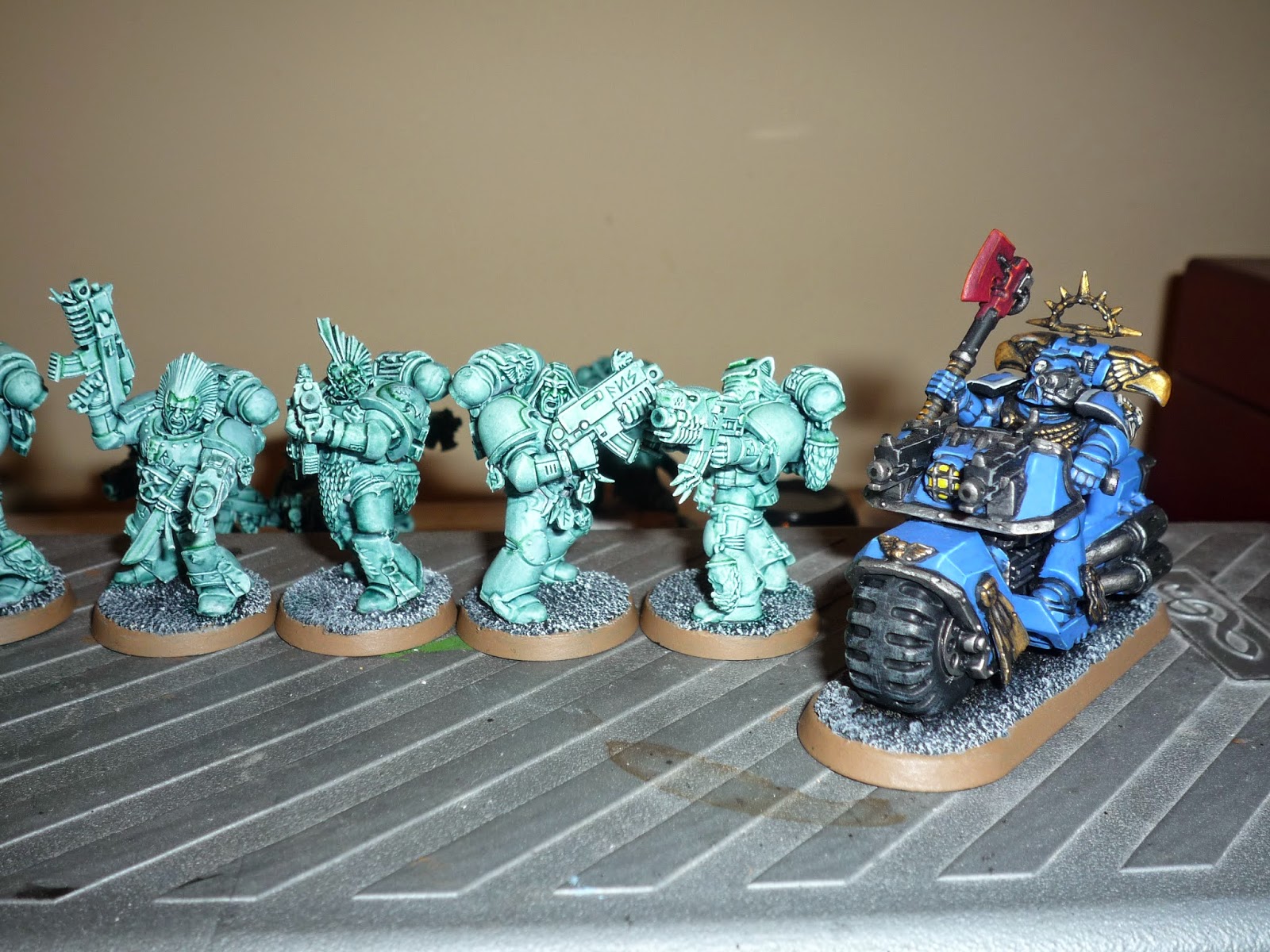 Up tonight are Toxteth's, Spectres from the Warp.

I've been following your blog for a while (and sometimes post comments as 'Toxteth O'Grady'). I haven't had too much time this year to paint, but had some time off work recently allowing me to get on with a project I've wanted to do for some time - I'm just over half way through a squad of 10 spectres from the warp.

I've always liked the story of Mordraks Ghost Knights and wanted to add something Ethereal to go with my Ultramarines and Space Wolves. The back story of these is that they are elements of the 13th Space Wolf company. Over the millenia they have been well and truly touched by the warp and have become a ghostly ethereal presence. I used Space Wolves as they have quite a lot more bare headed marines - which I think work better / have more character than a squad in helmets would (they reminded me a bit of the Ghosts from Pirates of the Carribean).

Rules wise I'm planning on using them as 'counts as' Legion of the Damned.

In terms of painting: they were sprayed white, washed with Coelia Greenshade, tidied up with a mix of White and Coelia Greenshade, highlighted with a light white drybrush and then had some Biel-tan green dropped into a few recesses. A test figure I worked on had more mixing of colour, including an attempt at working in real armour - but it looked a mess and I decided, in terms of colours, less was more. In a couple of photos I've included one of my Ultramarines - I usually paint in quite a clean style so wanted these warp spectres to match in with this style.

Some taken with flash and without as they look a bit different depending on how much light is hitting them.
Cheers, Toxteth 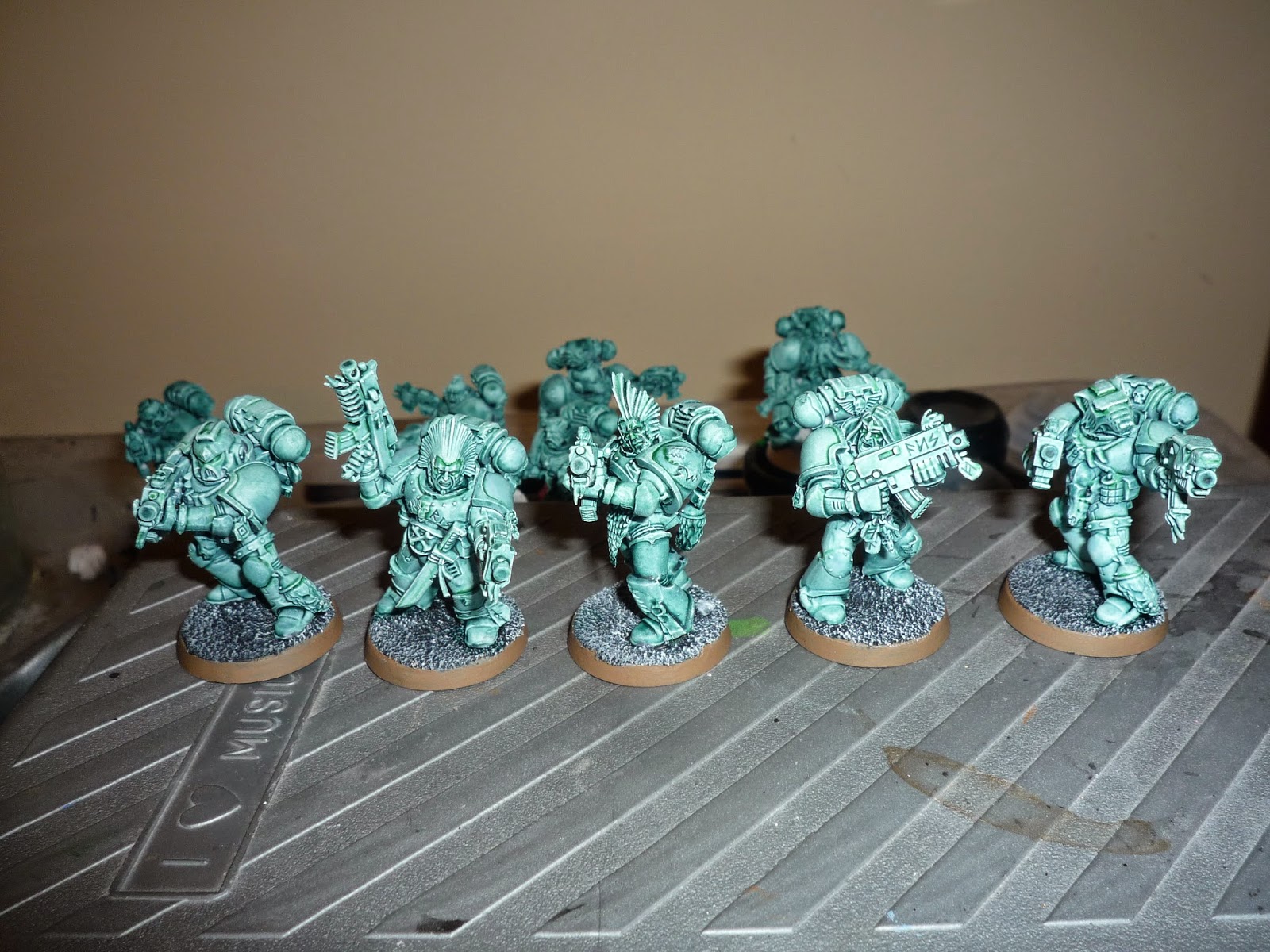 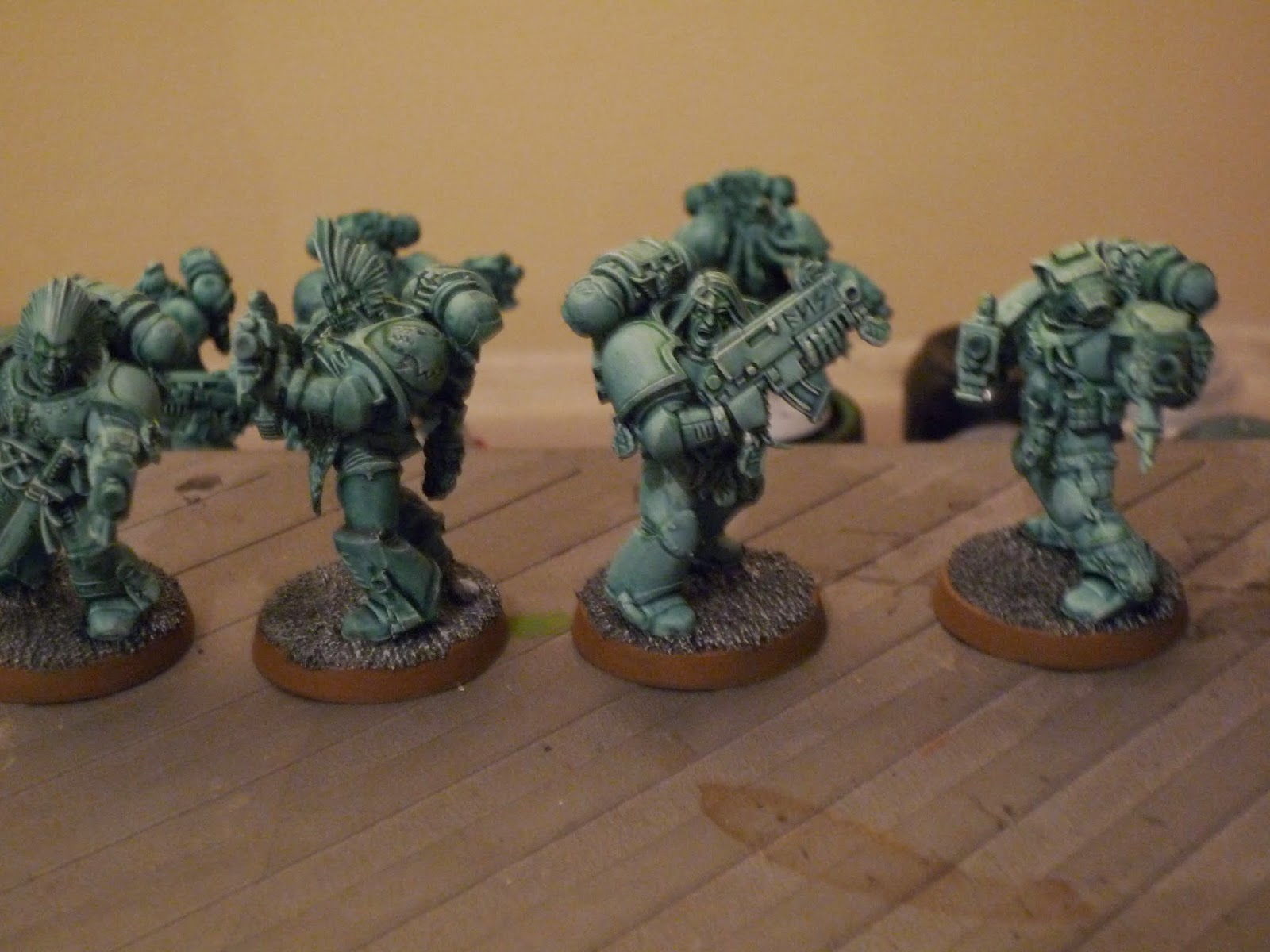 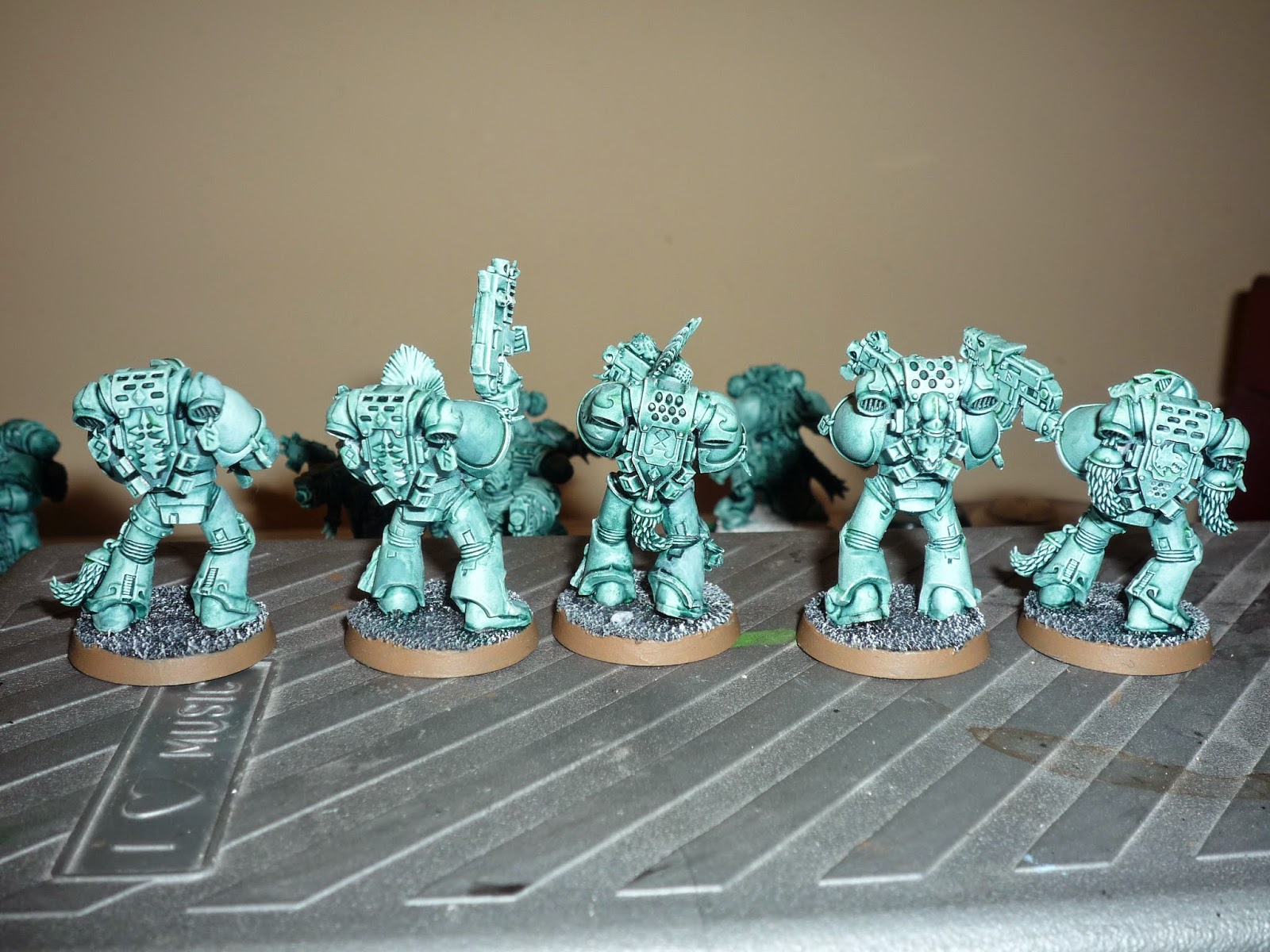 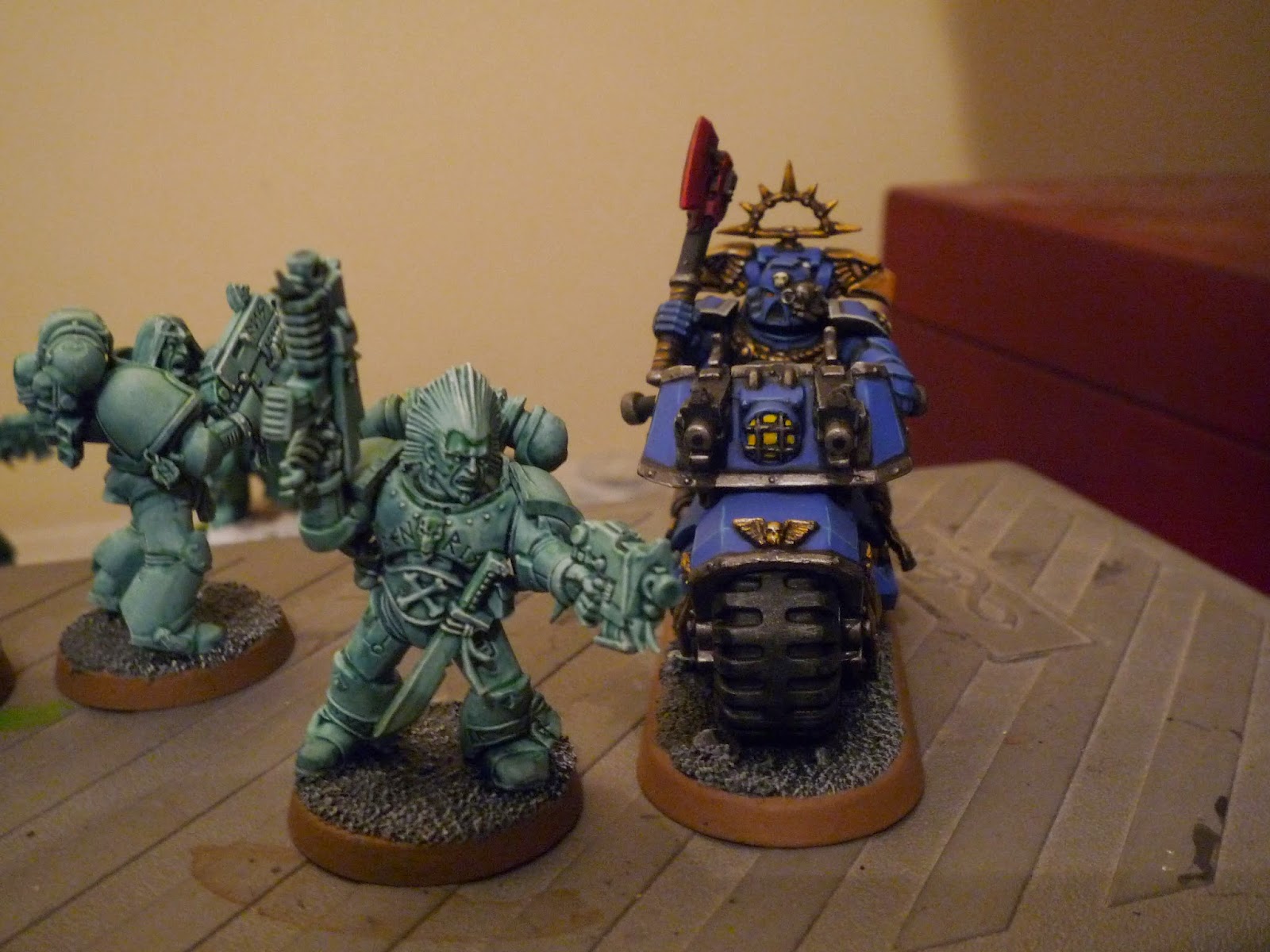 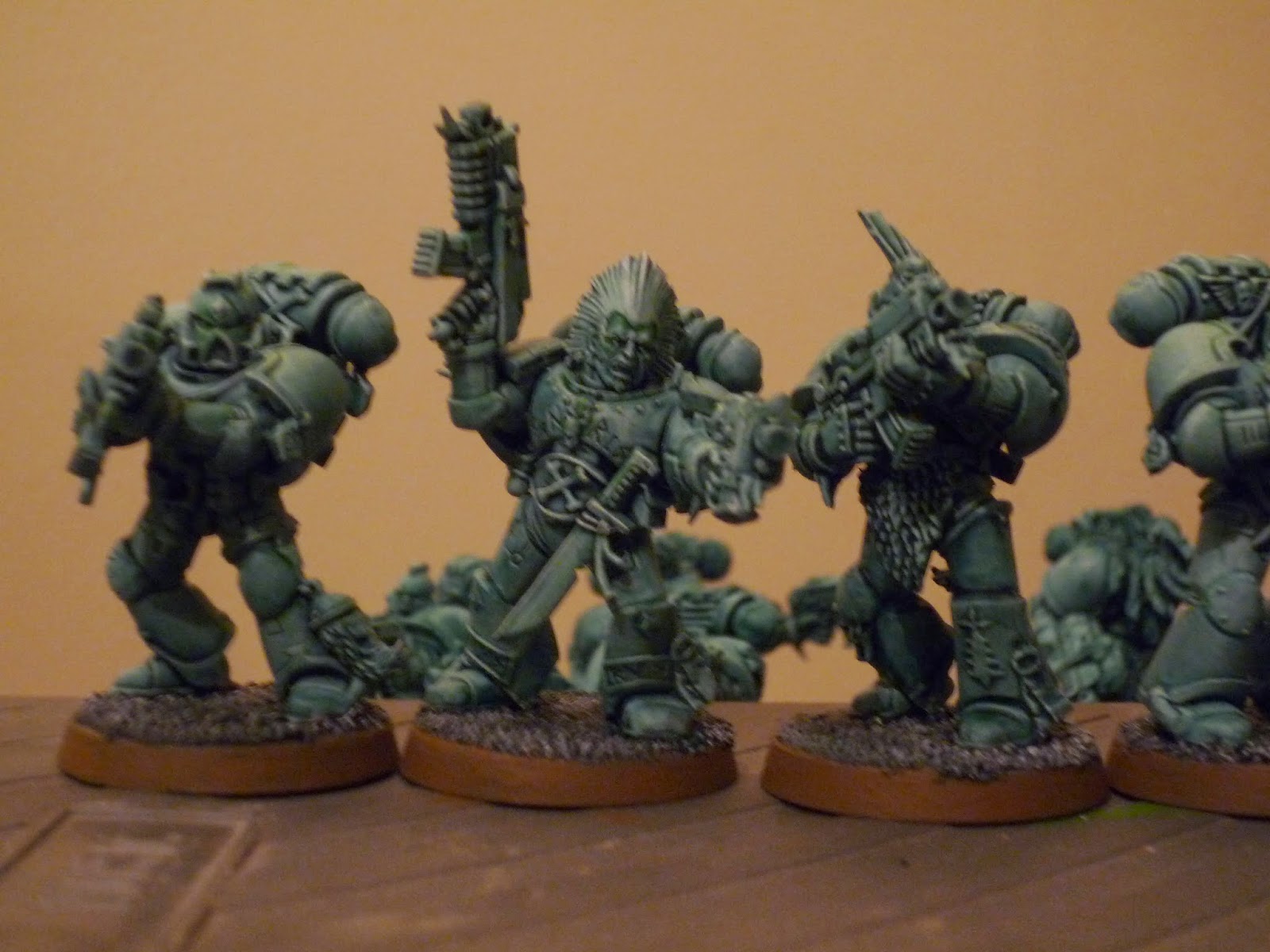 What's on your table is an opportunity for readers to share what they are working on. Conversions, painting, batreps, even side home brew projects. If you want to Share "What's On Your Table". Please no more than 8 pics, send your project to natfka@live.com. If for any reason you do not want your name used, please say so.
10/12/2014
Natfka
What's On Your Table