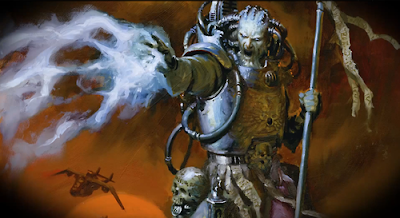 I have not yet confirmed this, but was searching everywhere for rumors today, and saw this. Games Workshop has apparently updated the Psyker App with no additional costs associated with it.

It has been confirmed that there are costs associated with the new chaos powers app.

This adds the Chaos Space Marine psyker powers to the original app. This came from Flammenwerfer13 over on the  Bols forums. (Note that I edited out all the drama out of his post, no queens allowed here: ) )

Sweet! I was hoping GW would actually do this for those who spent $12 for the app. Looks like long term the relative price of the app will go down verse the amount of utility it provides goes up.


I'm still really surprised they actually updated the app to begin with AND you didn't have to pay for the new Chaos powers.