Home » Bretonnians » News Headlines » Rumors » The End Times » Warhammer Fantasy » The Days of Bretonnians as a Separate Army May Be Over.

The Days of Bretonnians as a Separate Army May Be Over. 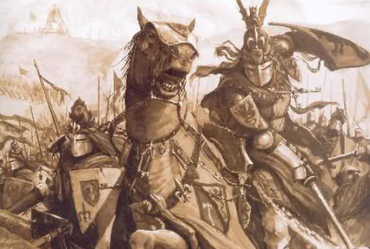 There has been a lot of talk and speculation on if and when a Bretonnian release will come. Since the End Times have began, there has been very little in the way of separate army book releases, and I think for the time being that will remain.


Please remember that these are rumors. I have only included the parts of this that I was allowed to share. Hopefully we will get more details soon.

via an anonymous source on Faeit 212
Endtimes
Bretonnians are not coming in the near future as their own separate release. That said I have heard they are being squashed as a separate army, and will indeed be coming to us in book 4 as part of an alliance.