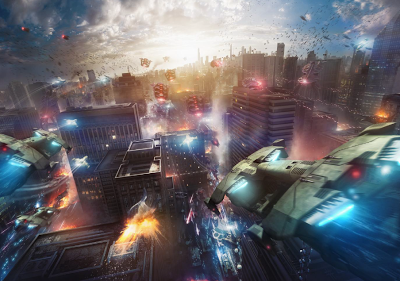 Dropzone Commander has literally exploded with their latest release Reconquest, and the addition of the newest faction.... the Resistance. I understand that sales far exceeded expectations by at least double during the first wave alone. That being said, Hawk Wargames has added jobs to keep up with demand and to work as hard as possible at keeping up on customer service. Four extra positions have been filled in packing just to keep up with the flow of orders.

Some new positions are now also being made public, and will be announced shortly. Here is your chance to get a jump on it before anything official is announced.


While we dont have an official announcement yet with detailed descriptions, here is what I was able to find out.
Hawk Wargames is just about to advertise for 2 positions: 1 Full time Administration role, and 1 part time/full time graphic designer!

When officially announced, I am sure that we will get more details on the positions.

I also did some investigating on the shipping problems that we first reported a few days ago with the Royal Mail. There are a few more details that are important.
First off, I was told that orders were not effected, and that these are all shipped first class and everything is tracked. It seems only if you needed a replacement, or something along those lines were there issues.

This is the information from the weekend we had regarding lost packages.
via Hawk Wargames
Hi Guys,
Apologies to those of you waiting for replacements for missing or miscast parts but we have just been informed by Royal Mail (the UK Postal Service) that they have lost 50% of every parcel that we have sent out for the last 2 months! We will be resending every missing part package from this period and apologies for this delay! We are not sure what has gone wrong on the Royal Mail end but we will let you guys know when they tell us!


Its good to see though that this issue was caught and fixed.
10/07/2014
Natfka
Hawk Wargames, New Releases, News Headlines