Maggotkin of Nurgle in 2nd Edition

New Edition details for the Maggotkin of Nurgle are up this morning. Especially with the possibility of new models coming in the Rogue Trader box set in the near future, this may be important to check out.

via the Warhammer Community
https://www.warhammer-community.com/2018/05/20/20th-may-faction-focus-maggotkin-of-nurglegw-homepage-post-3/

Battletome: Maggotkin of Nurgle was designed to work with the new edition (it’s even got the new logo on the cover!) and you’ll find the new rules bring a lot of benefits to a Nurgle army – from Look Out, Sir!, to command points, to some exciting (and major) changes we haven’t even looked at yet… 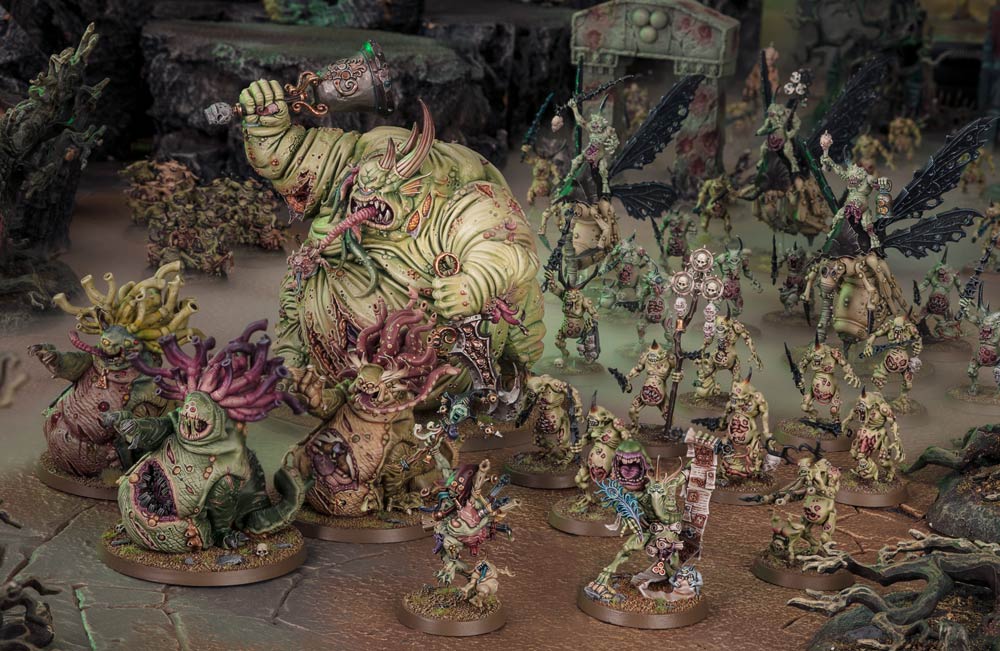 With no fewer than seven (appropriate, eh?) unique command abilities in the Maggotkin of Nurgle battletome spread across various Heroes, the new command points system is great news. You’ll be able to build some killer combos as well as ensuring that your choice of general doesn’t restrict how you build your army.
Heres just one example of a trick combining multiple command abilities that you couldn’t have pulled off before… 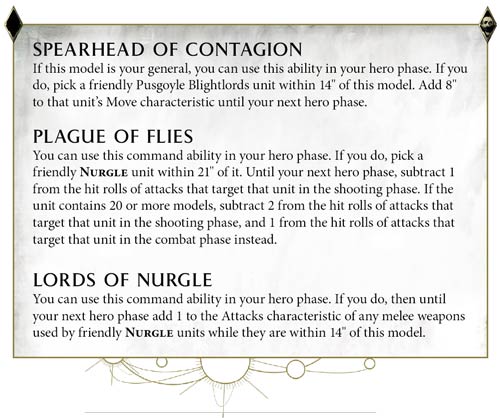 Take a Lord of Afflictions to speed up a unit of Pusgoyle Blightlords with the Spearhead of Contagion ability. At the same time, use a Lord of Blightsand his Plague of Flies to make that unit harder to hit. Finally, give every model in the unit (and nearby units) an extra attack with The Glottkin’sLords of Nurgle ability.
We have a unit that is surprisingly fast, very durable and super killy. 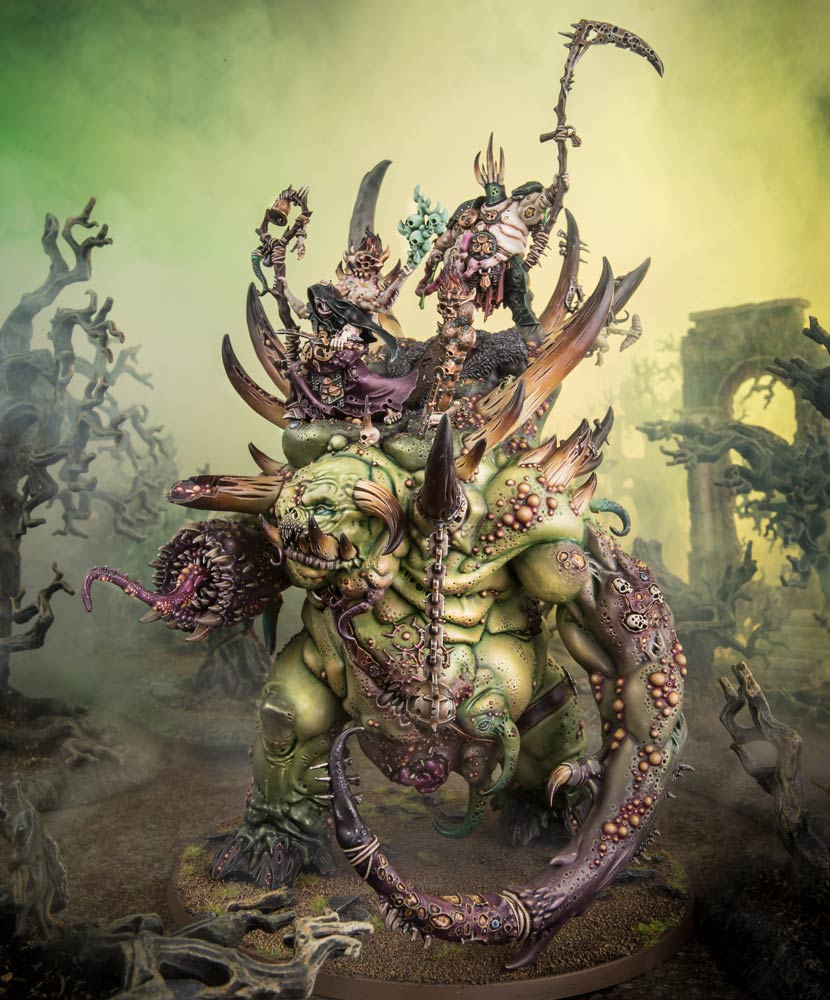 There’s new fun for Maggotkin Wizards as well. Nurgle’s forces in the Mortal Realms have long coveted the verdant Realm of Life. The war for Ghyran still rages, but now, with wild magic rampant, the energies of life (or corrupted life, in Nurgle’s case) form into vast swarms of insectoid creatures, that can be harnessed by any Wizard attuned to them.

The Emerald Lifeswarm is one of the new endless spells, but rather than kill your enemies, this power heals your forces – a great boon to an already resilient army, such as the Maggotkin.