What's On Your Table: Harlequin Characters and Cast Photo 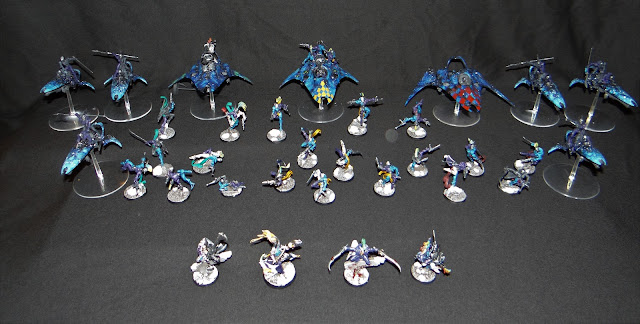 "What's On Your Table" has been one of my favorite parts of the hobby for a while now, and with the new Harlequin codex coming out this weekend I thought I'd finally contribute some of my most well painted clowns. I love taking the time to convert my Troupers into theatrical poses or airborne flourishes to make sure that no two models in my army look alike.


The leader of my force is a Joker-inspired Troupe Master. I absolutely love the idea of a character with the attitude and temperament of the Joker existing in the 40k universe (see Heath Ledger in the Dark Knight Rises "mob scene"), especially in Commorragh (I have a Dark Eldar force of similar size and paint scheme)

I know my "Shadowseer" is the Mistweaver Saih model from Warhammer Silver Tower, but as soon as that model was released I saw it as a Shadowseer that had been hanging out in the Dark City for quite some time. Although I love doing conversions I didn't want to touch this model, all she needed was a mask, some diamonds and a psychedelic paint job and she was good to go.

My Solitaire's paint job reveals my love for Pink Floyd's "Dark Side of the Moon". For some reason I can totally imagine that's what he would jam to as he goes to work on the battlefield, and I even get bonus points since giving him the iconic "prism/rainbow" motif is in line with the fluff where Harlequins are described as attacking in a prismatic blur.

My Death Jester's paint job and pose doesn't draw from any particular outside sources, I just used it as a model to showcase the hallmark black and white diamonds. 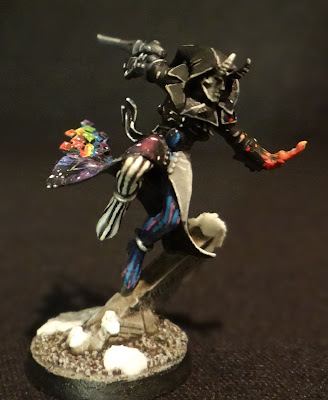 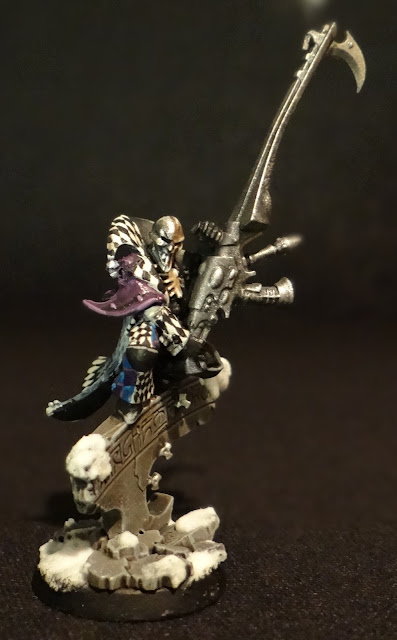 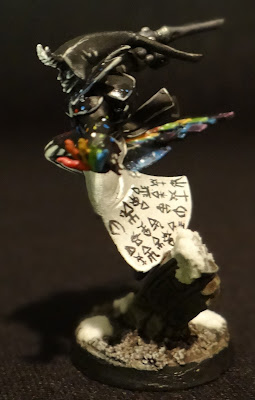 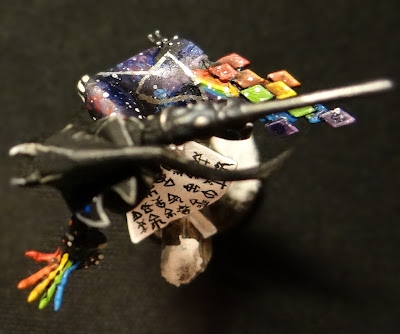 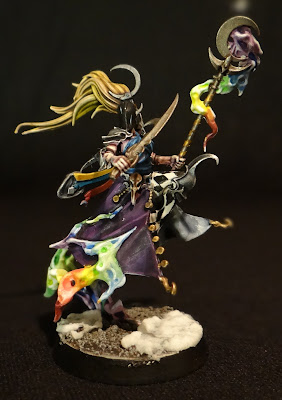 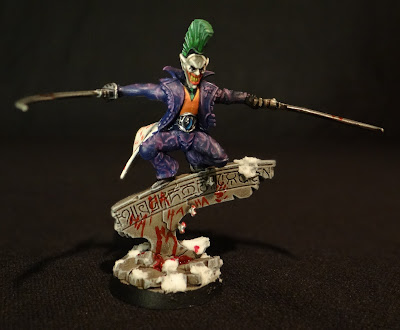 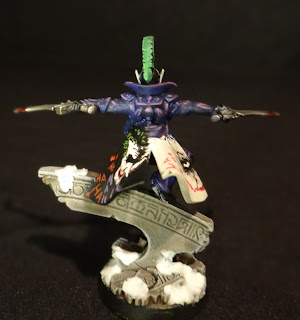