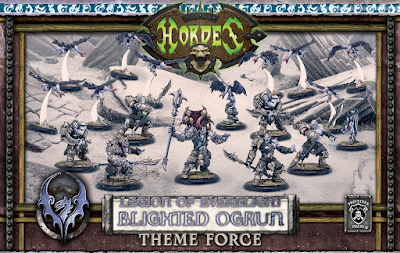 The Blighted Ogrun Theme box set is available today from Privateer Press as a starter set for a full warband of Ogrun. 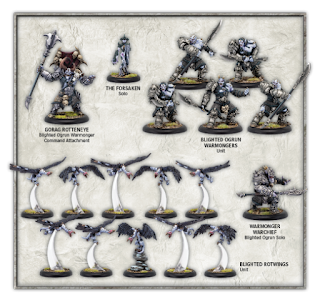 Once the ogrun of the windswept northern mountains were a noble people who valued wisdom as much as strength. The touch of the dragon Everblight’s corruption has forever transformed them into a howling breed of bloodthirsty killers who act as the toughened shocktroopers of his Legion.
Warbands of blighted ogrun sweep down from territories the Legion of Everblight controls, crushing opposition before them and devouring the flesh of the living and the dead. The blight that enhances their physical strength and stamina has corrupted their minds, making them crave nothing but to spill blood in the name of their dragon god and his living messiah, Thagrosh.

Take command of these twisted, corrupted ogrun with this box, which contains a full warband of ogrun ready to support your warcaster’s battlegroup!

Combine this box with the Legion of Everblight battlegroup box to build a complete 35-point army! 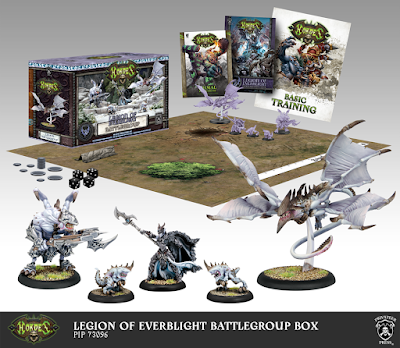