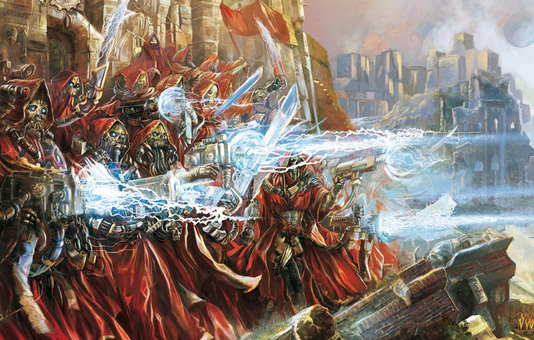 There are often big dates from Games Workshop where employees are not allowed to take vacation, and these dates are often known relatively far in advance. According to this source there are 4 of them this year. What are those dates..... Lets take a look at the first.


Please remember that these are rumors. The likely candidates for the 4 releases are most likely the Horus Heresy Stand Alone game that has been discussed, Warhammer Fantasy 9th Edition, and quite possibly the Assassin Stand Alone game also rumored. Im not quite sure what the others could be, but its quite possible if Codex: Skitarii is a big release that it might also be one of those dates. What do you think?

I am hoping that we can get more direct dates on when these dates are.

via an anonymous source on Faeit 212
There are 4 key release dates and even showed me the calendar with "red releases" for this
year. The first of which is coming in the first week of may. He also lead me to believe there would be heresy campaign in stores.