Look At This Incoming Message- "Praise the Omnissiah!" 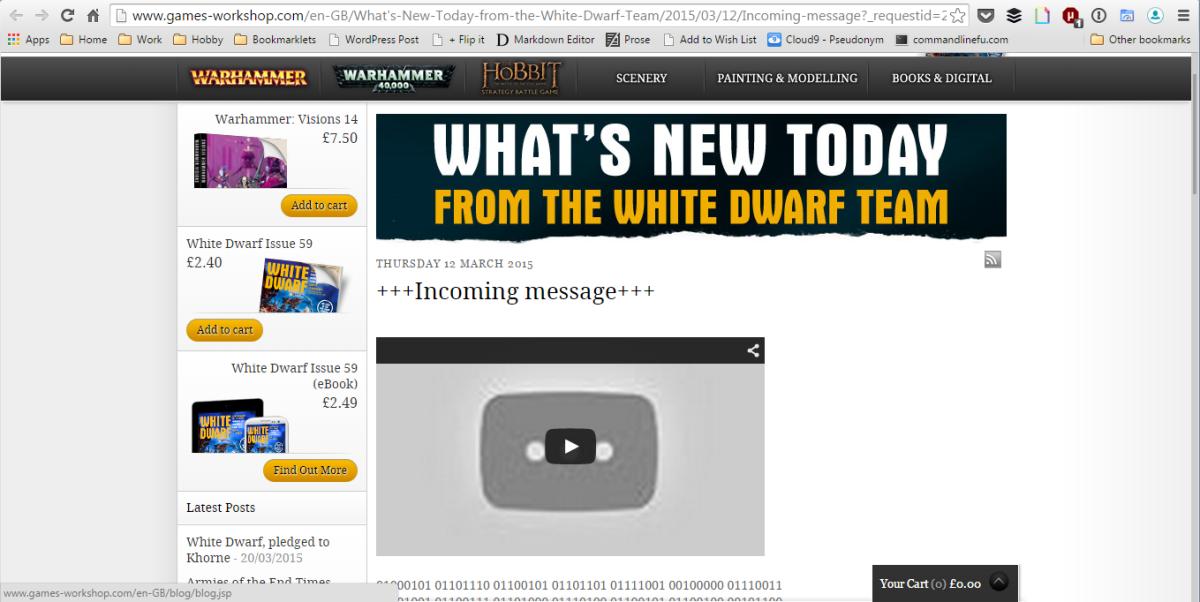 Chris caught this today and was fast enough to get pics of it quickly. Its a What's New Today article that looks like it was supposed to go up this coming Monday, but was up for a brief few moments on the What's New Today site through its RSS feed.

Here was what was seen, with pics above and below, with a translation.......
Enemy sighted, reinforcements inbound.
Return: 27th March for further information
Praise the Omnissiah!

Please consider this a rumor, but it looks like even more hints of Skitarii about to hit. By the time I went to look for it, it was not there.

via Chris McLeod and his Blog
I managed to spot a blog post on White Dwarf Daily, that I *think* isn't
meant to go live until Monday - it doesn't show up in their "latest
articles" list, and it follows the normal "teaser" structure of video
and message telling you to come back on the Friday. Pretty sure it's a
confirmation the Mechanicum/Skitarii are up for preorder next Friday
(27th March).

There's a few things not right with the page (the article date,
non-working video), but it showed in their RSS feed, so unless they're
trolling us, I'd say it was pretty legit!

I'm guessing it'll be taken down sometime soon, so I captured the
details in a blog post:
http://chrismcleod.me/2015/03/20/adeptus-mechanicusskitarii-confirmed-for-40k-next-week/ 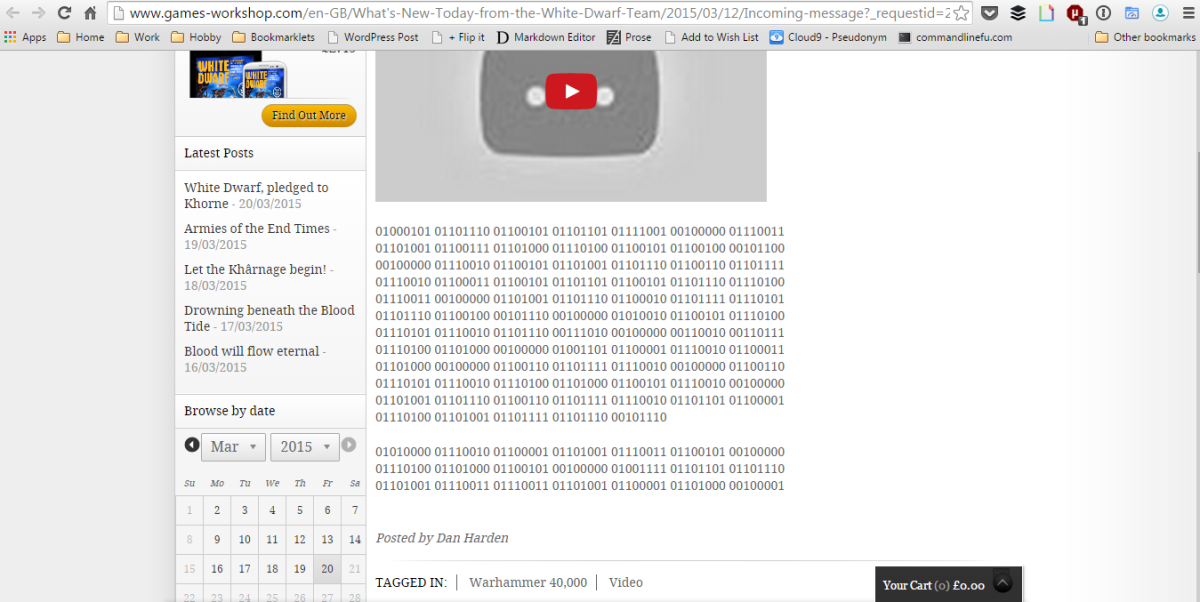