A Focus on Smaller Factions and Splash Releases 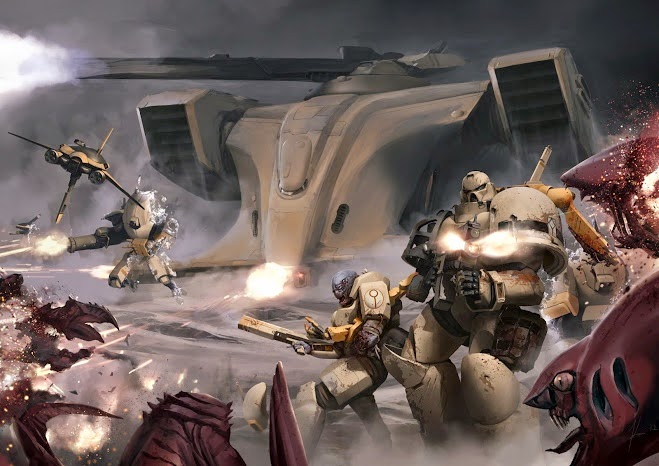 We have heard 2015 to be the year of supplement and campaigns before. Now on the horizon of a new faction, the Skitarii, everyone is wondering what size of codex it will be, and there is no short list of answers that the rumor mill has provided. What we do know though is that we are getting Codex: Skitarii, and at least the Onager. Everything else at this point is rumor, and hope.


The last couple days have seen rumors of Space Marines, Tau, and Eldar posted up on the Lords of War Gaming Facebook page, only to have some of those rumors quickly removed from the site. These rumors suggested we would be seeing these codices, with Space Marines being listed as coming this summer.

Here is a response from nightfury, who has been a great source of information for us.

via nightfury from the Faeit 212 Comment Section
First of all.. the SM codex from last year was written and developed at the same time the 7th editiin was being put together same as all the hardcover codex's that were released last year.. though they do not retain the same format as those released after the 7th drop they are considered by GW to be in essence 7th ed codex and will receive only minor updates or additions via dataslates.. do not expect any complete re-dos until 2017 or there after. i have seen nor heard anything to the contrary.

In fact i was specifically told that the "core" army books are considered "done" and the focus over the next 18 months will be sub faction supplements and a general focus on splash releases for all armies with "an emphasis on campaigns". No new eldar or SM codex coming for quite awhile, sorry.
3/29/2015
Natfka
40k, 7th Edition, Eldar, News Headlines, Rumors, Space Marines, Tau, Warhammer 40k