Kharn, Where Is He? 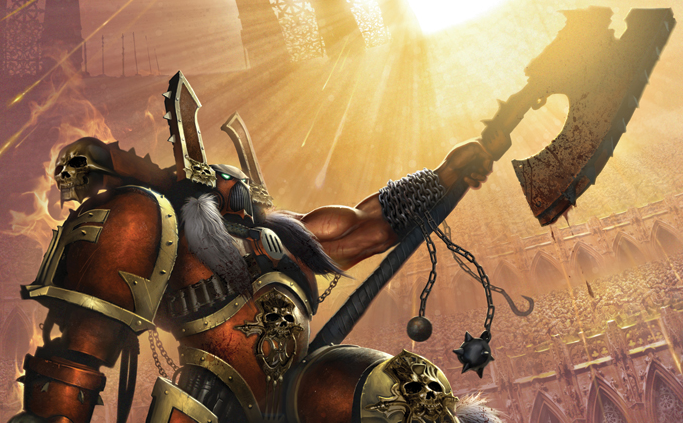 With the now released Codex: Khorne Daemonkin, its now old news that Kharn is not in it. The question remains though..... What happened? There are a several answers, and a lot of it has to do quick emotional responses, but I believe there is only on answer that makes sense.


Was he Forgotten?
That was my first response, and well to be honest, it was an emotional one. I was like "what the hell?, Kharn should be in this." I am not an expert in his lore, but I do know the stories that are in the Chaos Marine codex. Nowhere in there was he fighting with bands of daemons.

This leads me to believe he was left out on purpose.

World Eaters
Kharn is almost synonymous with Khorne and the World Eaters. Kharn can already be used as an ally, but everything I have read about him puts him with beserkers and warbands of World Eaters.

Here is what is said about him on 40k wiki


The only warriors that freely fight at Khârn's side are other World Eaters, Khorne Berserkers drawn to the Betrayer by tales of his bloody deeds. These crazed butchers live only to murder and kill, the taking of life for the Blood God the singular meaning of their existence. If it should come to pass that Khorne calls for their skull, they give it willingly, offering their necks while screaming out his name. It has been speculated by more than one Heretic scholar that Khârn has killed more warriors of the World Eaters Legion than all its enemies combined. Khârn the Betrayer will never stop killing. Whether it is the blood madness he learnt from Angron during the Horus Heresy, or the taint that has corrupted his soul since Khorne's gaze fell upon him, Khârn's mind burns with an unquenchable rage. So long as he draws breath he will offer up lives to the Blood God, until at last he gives his own.

With this, it doesnt really seem fit for him to be in codex Khorne Daemonkin only if another book focusing on the World Eaters is planned. Without plans for a another book, I believe it would make sense for him to be there... but if a World Eaters book was in the future, not even the immediate future, this would be the perfect place for Kharn to be.
3/28/2015
Natfka
40k, 7th Edition, Chaos Space Marines, Khorne Daemonkin, New Releases, News Headlines, Rumors, Warhammer 40k