The Future Will Revolve Around Decurion Style Detachements 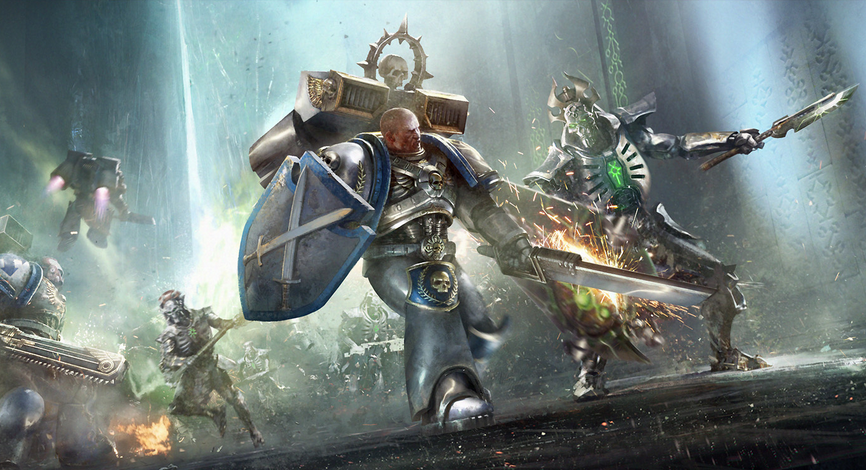 It does seem that the primary codices are very much done, (with possible updates), and that the future will rely upon smaller books, and with that..... a reliance upon formations. Games Workshop has pushed the Decurion style detachments, in many ways differentiating the way different factions are fielded. Its a model that we have seen recently, as the detachment or formations often require certain types of units to be in them, often referred to as taxes by players. So will these new detachments be the future of Warhammer 40k? Lets see what one source is saying.


Please remember that this is a rumor, and there are opinions as well expressed.

via an anonymous source on Faeit 212
As soon as Tomb Blades sold out, the writers and the bean counters all high-fived. Expect Possessed to become somewhat harder to find in the coming weeks as well.

GW sees Decurion style “Formation by Detachment” armies as a Win-Win-Win-Win. They are fluffy, easy to make, “Balanced”, and they can make a lukewarm product (such as Tomb Blades and Possessed) literally fly off the shelves.

In future releases expect 3 distinct flavors of codex: Harlequins, Ad Mech, and other “Mini-Dex’s” that are too small or not flexible enough to turn into full blown Decurions will become very heavily emphasized on support and formation, but not on structure. With Harlequins the formations are what made the army, while the Masque detachment was really just there to fill up space.

Expect the same thing with Ad Mech, it will be a codex of mostly detachments, and then one rather big FOC for the players who have bought more than a reasonable number of units. Necrons, the deamonkin books, the Eldar and Tau updates, will all revolve around Decurions. Units, such as most aspect warriors, don’t really fit into the FOC in the traditional sense, and GW would literally kill to have Dark Eldar players start buying a few Eldar units.

Expect the next Eldar book to follow the same formula, a primary detachment of one Autarch, two Guardian Defender squads, one Dire Avenger Squad, and one squad of Jet bikes, and then a formation for each of the aspect warriors and their respective phoenix lord, a tank formation, a wrath formation, a ranger formation, Vypes with a tax, crimson hunters, Avatar with a tax, and then a Farseer with Warlocks for a command detachment.

Finally there will be the books that only run FOC, with a handful of formation for good taste. These will be mostly Space Marine armies, to represent their ridged but tactical organization, and any “Chaotic” armies, such as CSM and Nids, which will have many formations, but very little on how those have to be played.
3/29/2015
Natfka
40k, 7th Edition, Warhammer 40k