What Does Lie Ahead? Chaos Space Marines and Adeptus Mechanicus 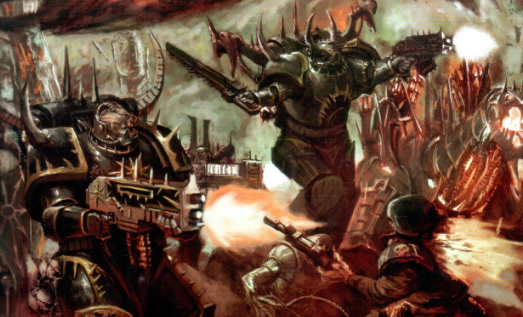 There are hints that we will be turning to Warhammer 40k now with Games Workshop releases. Next week's hints are suggesting a possible Khorne release containing White Dwarf dataslates. This falls in line with what we were talking about back in January in regards to a release schedule, and in order to clear up what is coming soon, it was time to have this resurface.


The Horus Heresy starter kit has been all the talk lately, and while I am sure it is already widely popular, solid rumors have this sitting out a ways, beyond the easily foreseen future. So lets take a look at what the next couple months are going to look like, according to this release schedule that Steve the Warboss put out for us back in early January.

via Steve the Warboss from January
-Dataslates for Cult Marines, Terminators, Chosen ect. in the WD
-One God per Issue (own slates for Berzerker Termis, Plague Termis ect.)