Details on the Skitarii Models- Ironstrider is as Big as an Imperial Knight! 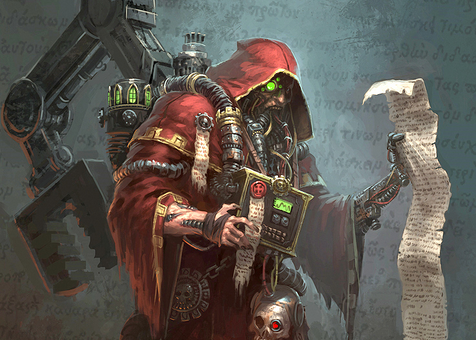 Now we have some details on this week's Skitarii releases. There are some surprises in this, including that the ironstrider is the size of a Riptide! Is this really the walker we have seen in the pics, or is there another model that has not yet been leaked.

These are rumors, but come from very good sources.

via an anonymous source on Faeit 212
Adeptus Mechanicus Skitarii
box contains 10 new plastic models. They can be made up as either Skitarii Vanguard, or Skitarii Rangers. Both units contain special and close combat weapon options.

It comes with a riptide size base and stand just as tall as the Riptide or an Imperial Knight.
3/23/2015
Natfka
40k, 7th Edition, Leaks, New Releases, News Headlines, Rumors, Skitarii, Warhammer 40k