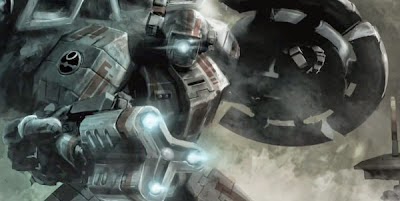 Tau have recently been appearing in the rumor mill, mostly in response I believe to the Lords of War mentioning them coming before years end. So a lot of these are very early, almost too early to have details right now. However, they are worth noting, and checking back on later.

via Birds in the Trees posted by Larry Vela on Bols
http://www.belloflostsouls.net/2015/03/40k-tau-empire-latest.html
Tau Empire Release Info- New updated XV-?? battlesuit / Commander-battlesuit combo kit.
– New kit is strongly based on the current Commander suit, but not identical.
– New Kit is designed for much more dynamic assembly & posing options than the current range.
– Many new Kroot models are on ice, but may be spun off into a separate release (Codex: Kroot Mercenaries
3/22/2015
Natfka
40k, 7th Edition, New Releases, News Headlines, Rumors, Tau, Warhammer 40k