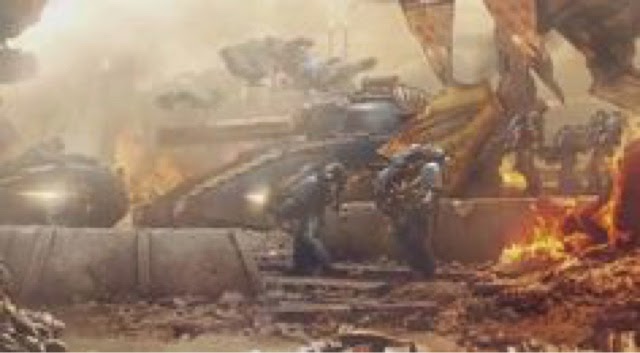 This has been an interesting week so far, with most of the water cooler talk centering around the rumored Horus Heresy starter set/stand alone game that was rumored by Hastings a week or so ago. The more interesting rumors in my mind are related to Codex Skitarii, which is still rumored to be coming very soon.  Of course even this is not next, as it seems we are moving through some Chaos Marine releases or dataslates first.

Here is the latest news and rumors of this last week.

Release Schedule
Now this is what is rumored to lie ahead, and even though it this was originally two rumors, and posted in January, it has come up alot simply because of people saying what is coming next. In fact there has been little solid information on a long term release schedule, and this right now seems to be the most solid.

via Steve the Warboss from January-Dataslates for Cult Marines, Terminators, Chosen ect. in the WD
-One God per Issue (own slates for Berzerker Termis, Plague Termis ect.)


Codex Skitarii
Codex Skitarii, is as far as I know the most reliable release coming our way in the near future. We had solid information about a couple of the units back in January, and even an image that was floated.. although in black and white (but apparently was seen in color by sources).

Here is the latest developments in looking at a new Codex Skitarii release.

via Lords of War****https://www.facebook.com/Lordsofwargaming
Admech are right around the corner.
They are not actually Admech. That codex will release later. The books will be Skatarii and Cult Mechanicus."


Horus heresy
There was a lot of rumors based on the Horus Heresy Plastic starter set that people keep talking about, regardless that the most credible rumors right now place this as a stand-alone game, and the release being in the not immediate future. There is no real timeline on this, and I think to put one on it is just some people getting a little too excited when they hear something. Hastings had no immediate timeline on this, and that is where we are at.

Here is what was beind said this week.

via Lords of War Gaming****https://www.facebook.com/Lordsofwargaming
Plastic HH marks of armor in May? You're way off!

via Voices in the Trees, posted by Larry Vela on Bols***http://www.belloflostsouls.net/2015/03/horus-heresy-plastic-standalone-kits.html

via Steve the Warboss on Faeit 212***In the last Time, there were many speculations of the Box Content. Here are some Informations from my Sources.

via a Reader here on Faeit 212***confirmed that HH was coming to regular GW stores.

A starter box set for 2 players with 'generic', non-Legion specific Heresy-era units is coming in May. Wasn't specific on plans beyond that, apart from that FW will take care of Legion-specific upgrade packs, unique units and any other stuff that GW doesn't want to run in plastic.

Apparently the demand for HH stuff has been so intense GW is centralizing the range.
Didn't mention anything about FW in stores though.