What's Going to Happen with the Dark Eldar Codex 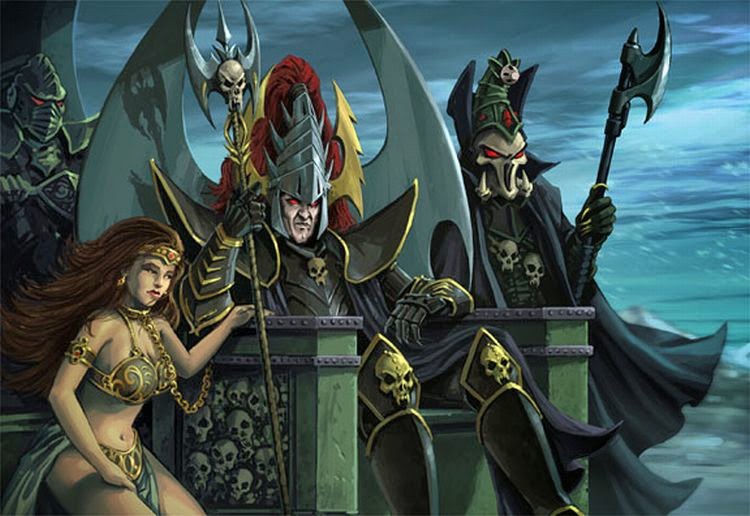 The Dark Eldar brings lots concern for Dark Eldar players. Why? There are lots of characters and some other units (like the Voidraven) with no model. Mandrakes don't work, nor does the Court. There are some things here that I just see happening.... like Vect becoming a Lord of War, and what an awesome model that might end up becoming, the final release of the Voidraven Bomber (been done from reliable sources, and a minor tweeks.


These are not really rumors, at least I am assuming they are since they were not given as such. So at the very least, consider them rumors, at the best a solid discussion, and remember where they came off of Dakka.

After all raising Raiders to even more points seems a little ridiculous.

via BlaxicanX on Dakka
Mass tiny points drops (around 5 points) for everything except the troops and the dedicated transports, the latter of which will get a 5 point increase.

Vect gets turned into a Lord of War. Malys, the Duke and the Baron go bye-bye- a new hero might get added.

The power from pain table gets randomized, any abilities that change a unit's location on the FoC (such as into troops) gets removed. Most of the arcane wargear options are removed, a relic section is made consisting of "generic weapon+1" like assault 4 splinter-pistols, various AP2/3 swords with one or two supremely expensive buff items.

We'll get a formation giving us something marginal like a +1 to reserves when taking 3 raiders with warriors a succubus and 2 venoms with wytches. A special FoC that allows us to spam more of something we don't really take a lot of anyway.

More or less, the codex gets "stream-lined", whacky options are removed, more randomness is added in and a bunch of middling points drops are sprinkled around, mostly on the "bad" units. Dakka dakka proclaims that Mandrakes are suddenly a decent unit because they're 2ppm less.
8/27/2014
Natfka
40k, 7th Edition, Dark Eldar, News Headlines, Rumors