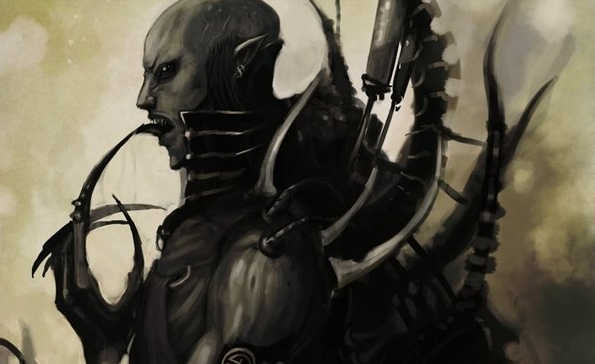 Dark Eldar bits seem to keep coming in, and this one in particular is interesting, especially when it comes to the name of the model..... Dark Eldar Tantalus.

Please remember that these are very much rumors, and as in all rumors, sources are talking about what they have heard, seen, or know.

via an anonymous source on Faeit 212 ****
A reduced price Incubi box(which is drastic, it seems, becoming cheaper than Wracks are now).

Two items named "Dark Eldar: Covens" and "Dark Eldar: Wyches" for the same price as a 7th Ed Codex. Now I can't say with much certainty what these are, but based on their price and title, I think they might be supplements.

Also of interest is the "Dark Eldar Tantalus"  that I found that is four dollars cheaper than three Terminator boxes. If this Tantalus entry pans out, I would assume it is our version of the Imperial Knight/Baneblade/Stompa.
8/29/2014
Natfka
40k, 7th Edition, Dark Eldar, New Releases, News Headlines, Rumors