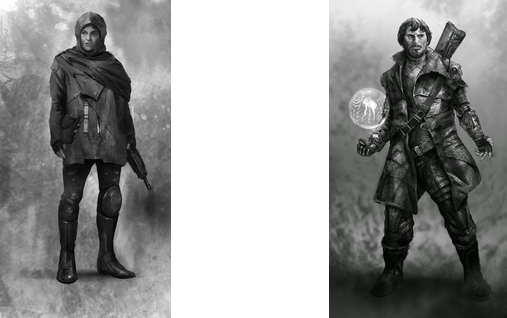 Apparently I had one left one set of commanders off from my overviews of the new Reconquest Phase 1 book. The new expansion is due out for release this weekend!, and is a fantastic book. I have now read the book from front to back, and I can tell you its full of information on each faction, new rules, missions, and new units.


With the release getting close, expect much more Dropzone Commander Talk coming!

High Chief Ramses, the Fireborn comes mounted in a modified Coyote Warstrider with increased countermeasures of 3+ (and no eject rule). Interesting enough he comes with a new weapon that is energy 8 with demolisher d6 + X. X is determined by range, 1 for within 18", 2 if within 12, and 3 if within 6". He also reduces the costs of other Warstriders and Battle Striders. Shaltari skimmers; tomahawks, kukris and yaris cannot be taken.

Warchief Isis, the Clairvoyant comes in a Caimen Heavy Grav-Tank and comes with upgraded countermeasures P4+. Also gains an extra 3" Mv and has a new weapon. E13 with unlimited range and ignores all countermeasures, even passive ones. The gun is also d3+2 demolisher. Isis, makes all thunderbirds, tomahawks, caimens, and kukris cheaper, but disallows warstriders and battle striders.

Karl Foley, Prince of New Troy comes in a modified Hellhog. It gains extra armour, passive countermeasures of P+3 and comes with a new compact AA missile system. He has some interesting special rules that make Hellhogs squad size 1-2, and makes them cost a little extra in points to compensate. He also makes marine force recon teams and archangel pathfinders cheaper.

Jessie Adams, Guide of the Damned is a master at underground warfare giving halftracks and wagons the subterranean rules. She also brings with her a special form of drill, that is a larger and more durable drill. Her armies may not contain leviathans, thunderstorms, alexander command tanks, zhukov tanks, and finally Hannibal tanks gain the Rare special rule. Resistance fighters also replace their rpgs with prepared trap detonators. These are E10 hits.
8/27/2014
Natfka
Dropzone Commander, Hawk Wargames, News Headlines