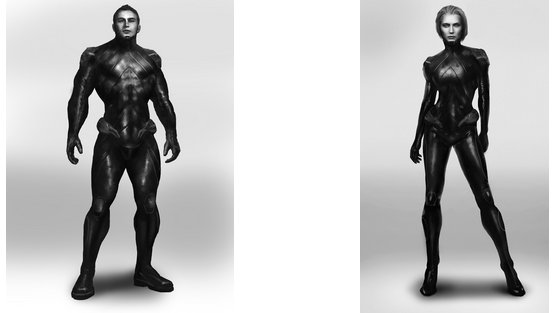 Lets take closer look at some of the new Famous Commanders of Reconquest, specifically by request, the UCM and the PHR. Specifically I wanted to tackle the UCM first, so lets start with these.


The new Famous Commanders in Dropzone Commander are all going to be getting their own modified models or unique models according to rumors. This makes sense, which I will be discussing at a later date.

Each Commander is listed under their own faction at the end of the units section. They have a very high cost, come with their vehicle and/or models, and add new cards (not yet released) to your command deck

General Arthur J. Wade comes mounted in an experimental Super Heavy Tank, called a Broadsword. Whether this is unique or will be available in the future we dont know. Its transported by a single Condor, and if Wade is chosen Gladius, Scimitars, and Sabres are all reduced in point costs. He is really a tank commander. Ferrums, Longbows and snipers cannot be taken. His Broadsword is a beast, having an A10, with 4dps, and a weapon called a Godslayer Railgun. You can imagine its harsh. All squads with Wade must have aerial transports.

Lietenant-General Luciana M. Cato comes in a Ferrum. She is a retired (due to injuries) fighter pilot. She now commands and is mounted in a Ferrum Drone Base that becomes a command unit. With her, a single drone may reaction fire, and one may re-roll a missed to hit roll. She also reduces the cost of Archangels and Seraphims with and additional battlegroup for air allowed.

Marcus Barros, Grand Vizier commands the largest of the walkers, a modified Hades, and relies upon superior firepower from his battlewalkers. He changes his Hades to command and has his own unique weapons including an E13 Demolisher d3+3, Deavastor 2 subjugator cannon. Odin, Hyperion, and Hades walkers are reduced in points, while Apollo, Erebos, Helios, Angelos and Athenas are not allowed.

Jocasta Caine, Battle Vizier pilots a Hera Heavy Strike Walker (a rare jump walker) and may bring a retinue of Apollo-As with her. All Apollo/ and Erebos walkers alongside Helios/ Angelos skimmers are reduced in points, and type 4 and type 2 walkers are not allowed. The Hera Walker comes with a railgun pair, E10 with 2 shots.