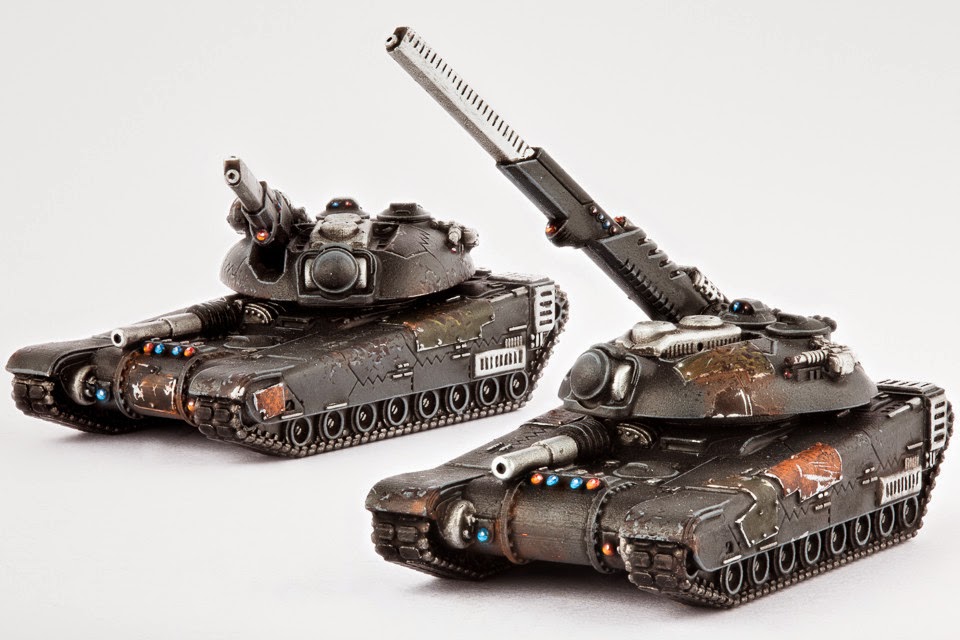 There is a new boss in town, and its the new Resistance AA tank the Zhukov. Its a rare tank, and expensive in point costs, but in its role of AA Zone Control, this is the new master of the table.


Working on old military technology, the Resistance has put these AA Railguns to fantastic use, and what they lack in number of shots, they make up in strength. The 32mm Rail Cannon, is an AA beast at E8 with a single accuracy 2+ shot.

Now that alone is not what makes this Rail Cannon scary, is that it has the new rule Devastator-2 attached to it. This simply means you double the damage the gun does. That is correct if you were calculating that this gun can do a single shot 4 damage hit to an aircraft. With a R(c)= Range, of 24", these guys can control the air around them.

Now, in order to take a Zhukov, they are a heavy unit, and are Rare (1 at skirmish; 2 clash; 3 battle), and only come in a squad of 2. However, with 2dps, and 75pt cost each, you really would not want more than two squads of these in your lists at standard games of 1500pts.

I believe that although this tanks sounds like the ultimate in AA control, that its lack of shots is what is going to limit it the most when compared to the other tanks, like the UCM Rapier. After all, reaction fire is the one thing that AA tanks do the best. A single shot, even with two tanks can be a little rough. However, if you do get a hit in, the potential for destroying a Medium dropship in a single hit is good.

I can guarantee that I will be getting two squads of these for my Resistance!
8/22/2014
Natfka
Dropzone Commander, New Releases, News Headlines