Home » Dropzone Commander » The Hellhog! Another First for Resistance Tactics

The Hellhog! Another First for Resistance Tactics 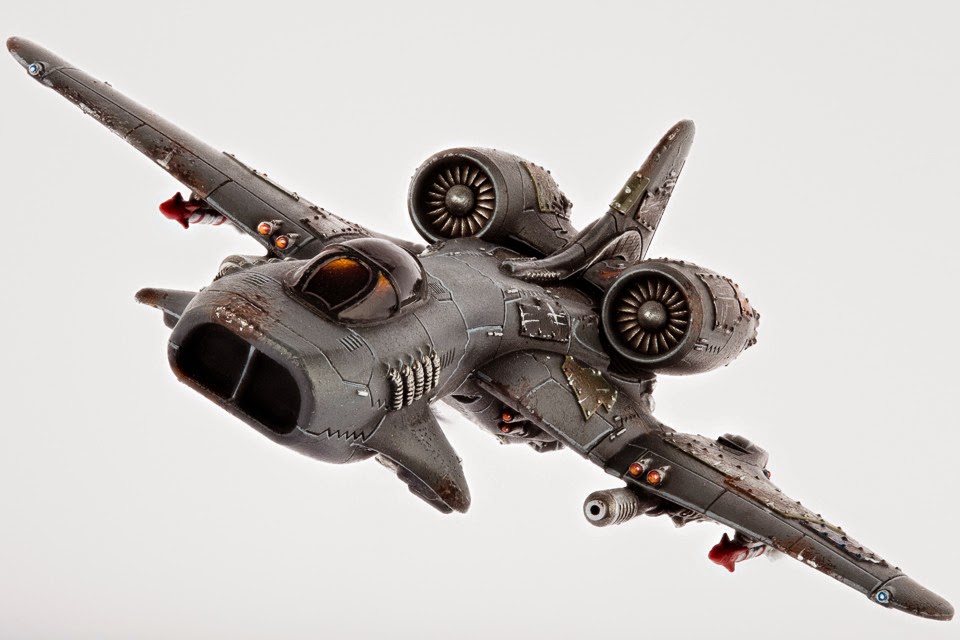 The Resistance is full of new ways to play Dropzone Commander, and one of the most intriguing is the new J19 Hellhog. Its the only fast moving flyer that the Resistance gets, (unless you are allied and take an archangel), and it a beast in combat. It can literally transition to hover in game.


However, because of its limitations, I am seriously interested in it, and how players will be fielding this model.

What the Hellhog can do that is so interesting is that it can fly onto the field in fast mover mode (and must do this), pick a location on the tabletop and transition to hover, where it can unleash holy hell at its targets. It cannot do this during an intercept. When it does do this though, on the following turn it may move in hover mode, and then transition back to fast mover mode to fly off the table. Of course it can stay a few rounds and deliver its awesome firepower to its location.

The Hellhog is a Rare unit, and is one of the most expensive point cost fast movers in the game. It does come with 3 dps, and A6. Its guns are interesting, with two standard issue L-2 weapons. Because of this it makes the Hellhog interesting to use. These guns are both Alt 1. The 75mm Satan Chaingun is an E6 8shot strafe weapon that has focus 2, giving it the opportunity to really create some hard hitting ground shots. The other gun is a cobra missile, that is the Hellhogs only AA gun. Its Energy 8, but with a single shot on a 3+ it makes the hellhog not the most versatile in intercepting. Remember that these guns are L-2, meaning limited ammo.

Now if you go into hover mode, both guns lose their Alt-1. Meaning you can just unload, and their accuracy improves.

My favorite upgrade though is exchanging the cobra missiles for extended ammo containers which costs no extra points. This removes the ability of the Hellhog to fight other fast movers, but gets rid of the L-2 ammunition restriction. Meaning it can just unload its chaingun round after round.

So the Hellhog is a rare unit, and thus its limitations, also that it is an air category unit, make it an interesting and quite possibly a very versatile fast mover. I think I will need two. 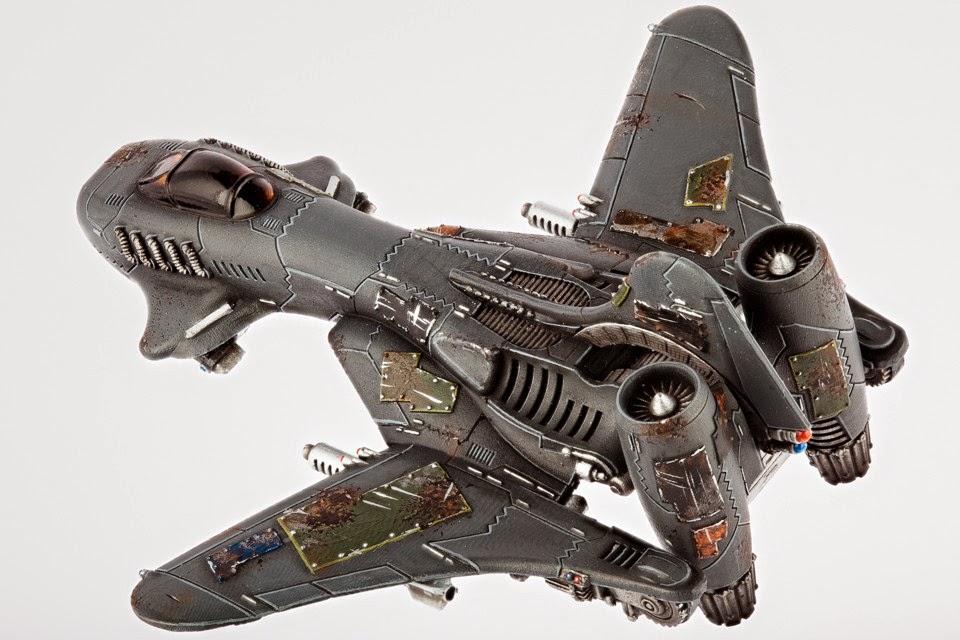 This is the Hellhog from the Hawk Wargames site
J19 Hellhog
http://www.hawkwargames.com/products/j19-hellhog
The J19 Hellhog is a truly dangerous heavy strike jumpjet, designed primarily for the ground attack role. It is one of the only fighters operated by the Resistance as its VTOL (vertical take-off and landing) capabilities have allowed it to operate from small, concealed bases far from any serviceable runway. Its excellent weather proofing allows it to continue functioning even in the most oppressive environments; from icy caves to fetid swamps. Coupled with its respectable range, the Hellhog can strike almost anywhere, from almost anywhere. Such capabilities make the J19 superb for supporting an insurgency although ironically they made it suffer during the Scourge invasion. It has a low cruise speed due to the heavy VTOL system and its pilots were poorly drilled at the time. As a result, most were destroyed on the ground or picked off by faster Scourge Corsairs. Although it can be equipped with air-to-air missiles, it has always had a lacklustre record in dogfights.
8/19/2014
Natfka
Dropzone Commander