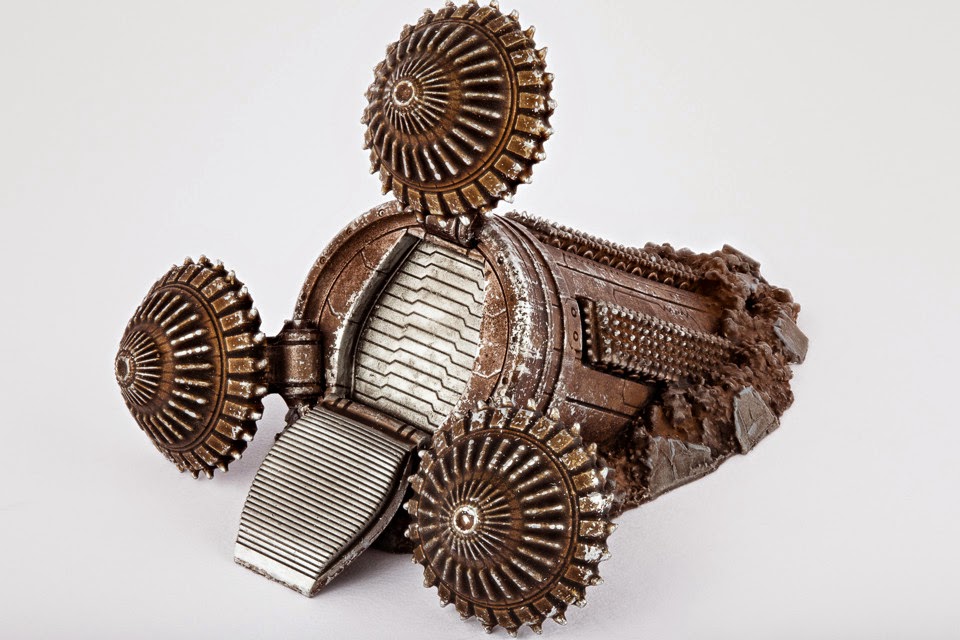 The Resistance is an awesome new way to play Dropzone Commander. The rulebook was available in small quantities over the weekend at GenCon and I am sure fans are digging deep (see what I did there!) into it for what is coming next. One of the first things that strike me, is that many units come with the Subterranean rule, and that there are massive drills that tunnel their way onto the battlefield.


Model 109 Breaching Drills
Looking at how the these will play the Drills were the first thing I wanted to talk in depth about. These things are important for the Resistance as they allow for quick and easy get aways, and methods to reach deep onto the tabletop that would otherwise be very hard to reach.

The Resistance does not have a fast and mobile transport! The Lifthawk and Hovercraft are how they get to where they want to go. What they have instead are Model 109 Breaching Drills. These breaching drills come in on reserves, and have a chance to scatter slightly from where you want them to appear. Once they make their breach, they are a stationary new board edge for the Resistance!

Now the cool part is for the enemy, is that they can be destroyed. These breaching drills come with an A9 5dps, and are a Rare Unit. This means few can be used in a game; skirmish 1, clash 2, battle 3. They do not take up any roster slots, cost around 50pts and are deployed immediately after making the reserve roll for them.

Subterranean Units
Once a drill is in game, subterranean units that are declared before the game starts to be "underground" can use the drills to enter the game. There is no roll to make, and they must come in through a drill, and can be stranded if all drills are destroyed. Only one unit may enter or leave the game per turn.

There is a good solid list of subterranean units that can use these openings. Technicals (rocket and gun), Resistance Fighters, Occupation Veterans, Free Riders (Motorcycle Scouts), and Berserkers (feral only).

Using Drills.
While tunneling will not be the primary way for players to get onto the tabletop, it will add an element of surprise, and is a good way to launch models directly into buildings if you can land the drill close enough. Adding an element of flexibility to the game, and speed to get extra units up front where you need them is a great tactic, however my favorite is using them as an exit point.

Any unit has subterranean rules, even if they did not start underground, can use these tunnels as an exit from the battlefield. This means quick objective extraction if you can pull it off. Drills could easily be placed where you might be having problems getting objectives off, due to dropships being destroyed or other close calls on the tabletop.

Also using them to get your scout bikes forward is another great tactic. Freeriders come with Sticky Mines, and these must be used in cc. To do that, with a 12" movement and not lose them early, breaching drills might be a great way to deliver these guys right into the enemy. Stickymines are E10 with 3 shots per base. Nothing to take lightly when they are coming your way fast out of breaching drills.