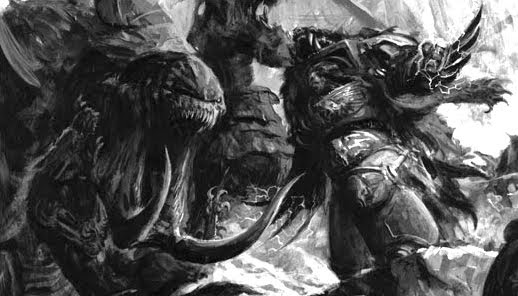 The Cover Image for next week's White Dwarf showing a new box set is now out. and I have some new info on the contents of the set.


Please remember that these are rumors still, and no official announcement has been made.

via an anonymous source on Faeit 212
Alaric Prime is a planet sundered by war as the Orkish Hordes assail the last bastion of resistance, Sacred Mountain. Imperial Knights and Cadians regiments are all but defeated. Face Rippas death was exaggerated, Krom Dragongaze, a new special character for Space Wolves is set for epic clash as the second installment of Sanctus Reach  continues.