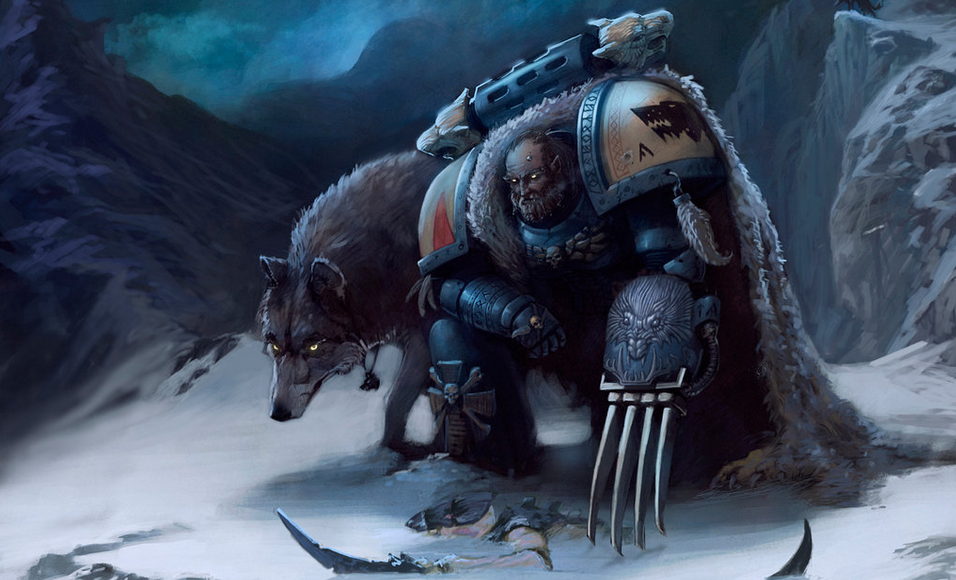 The idea of a dreadnought getting an invulnerable 3+ save is one thing, and make that a Venerable Dreadnought like the leaks have shown this to be, and you have a recipe for dishing out a lot of death to your opponent. I am a big fan of dreadnoughts, but still have thought that they were hard to use, especially in close combat under 6th and 7th edition. This looks like a great update to the dreadnought.


Please remember that we have not had an official release yet, so this still must be considered a rumor.


Of course next week we are looking at a confirmed hint of seeing Logan Grimnar which rumors say will have the options of being pulled on a landsled or being on foot.
via a couple Readers on Faeit 212
I Can confirm that the next weeks release will be "the great wolf"
7/30/2014
Natfka
40k, 7th Edition, News Headlines, Rumors, Space Wolves, Warhammer 40k