Space Wolves Next Week, But No Codex 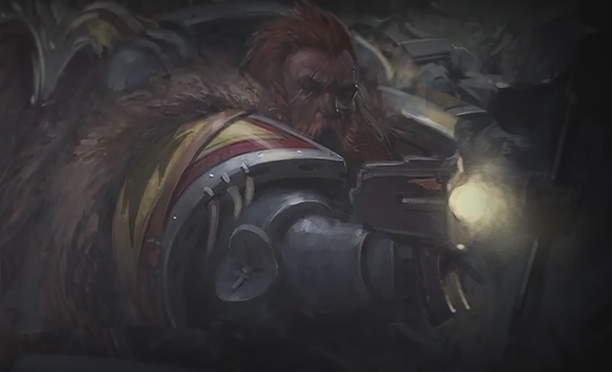 We have already seen a lot now of the new flyers for Space Wolves, the Stormwolf and Storm Fang. For the most part it is getting great reviews among the community for its rules, and for its model. So what is coming next week? Lets take a look at what we know.


It shows us that we are going to be getting releases like this.
2 weeks of releases without a codex, but with rules in the White Dwarf
1 codex release
possibly a release afterwards.


There is a leaked image from this weekend's White Dwarf that shows us what to expect next week.
It simply says,
Issue 27 on Sale: Saturday 2 August
Ancient Warriors of Fenris
Parade Ground
More Rules, More Painting Guides

if you missed this image, I have linked it before, and here it is again. (I had missed it the first couple times looking at all the shiny new images, as its quite far down the images).
http://grotorderly.blogspot.com/search?updated-max=2014-07-22T08:34:00%2B02:00&max-results=2


I also had this in my inbox earlier, but have been waiting for another response.
via an anonymous source that gave us the early flyer information
Next week after the flyer there will be another Space Wolves release. But no codex yet. It looks as GW will make a habbit of 3-4weeks long release, just like with Orks.
7/23/2014
Natfka
40k, 7th Edition, New Releases, Rumors, Space Wolves, Warhammer 40k