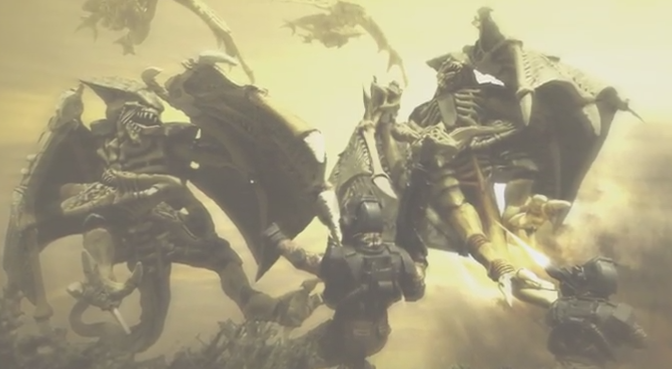 Imperial Armour IV is now available in its second edition, and there are some great previews of the book on the Forgeworld Site.

via Forgeworld
When Ordo Xenos Inquisitor Solomon Lok receives orders to investigate the loss of astropathic communications from a moon in the Anphelion system, he begins a journey into darkness, horror and treachery. Supported by Space Marines of the Red Scorpions Chapter, Elysian Drop Troops of special detachment D-99 and Cadian Guardsmen of the 266th Regiment, Lok is soon fighting for his life amidst the fog-enshrouded eerie landscape.

Imperial Armour Volume 4 – Second Edition contains full details for the entire range of Forge World’s Tyranid models, allowing you to use them in games of Warhammer 40,000. The Anphelion Project also includes extensive background information on the gruesome array of monstrosities spawned by the Hive Mind in its war to consume the Imperium, making it an essential resource for players seeking to unleash the true horror of the Tyranid menace upon their foes.