I Want My DzC! 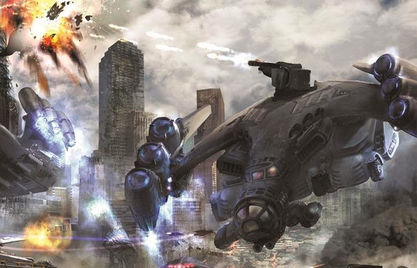 J.D. Welch has decided to throw in his voice, as this is an issue that I get a considerable number of emails on. The distribution of Dropzone Commander in the United States, and how Distributors here are dropping the ball. Here is a guest article by J.D. Welch

Hey, Folks, J.D. here with a request for those of you who are either already into Dropzone Commander (DzC), or are interested in getting into the game, and want to be able to buy DzC stuff through your local brick-and-mortar FLGS.

I've been trying for weeks to get my FLGS to find a way to order and stock DzC products on their shelves, and they've been working with me on it, but the USA distributors have not been making it easy.

My FLGS found a distributor that told them that they could supply them with DzC products, but when the manager of my FLGS placed an order for me last Monday, he was told this past Thursday that the corporate offices of the distributor in question was requiring the local warehouse to carry and stock the DzC line.  He had originally been told that the order would be filled from the distributor's Atlanta location to the local Phoenix warehouse, but then Corporate pulled a fast one and told the local Phoenix office that they needed to stock a certain amount of the DzC product line just to be able to fulfill my order to my FLGS here in Phoenix.

So, I've decided to add my voice to Natfka's and try to apply some grass roots pressure on the USA distributors to get their acts together and stop this blocking of the flow of commerce.  If you've been following DzC here on Faeit 212 or on other web sites, you'll know that there's a huge pent up demand for the upcoming new faction, The Resistance, which has been announced by Hawk Wargames will be released this coming August 30th.  If the USA distributors don't get their acts together and break the logjam that currently exists with getting DzC products to consumers like me (and you) who want to buy locally from our brick-and-mortar FLGS, then the entire food chain, from the distributors to the brick-and-mortar local stores, are going to miss out on their piece of what appears will be a very big pie!

So, I'm writing this to ask and urge all of you who are even remotely interested in Dropzone Commander, and want to support your FLGS and buy it from them, or at least be able to order DzC products from/through them, to ask the manager/owner of your FLGS to put pressure on their distributors to break this logjam and get DzC products flowing to your FLGS.

If the distributors get enough pressure from enough LGSs, that there are real consumers that want to place real orders and want to do so through their FLGS so they can buy locally and support local businesses in their communities, then maybe we can get DzC products to start flowing to these local stores and can, in turn, start growing our local DzC player communities.

It's like there's a gigantic game of "Chicken" being played, and somebody needs to blink first!

So let's throw some grit into the eyes of the local stores and the USA distributors by speaking up and demanding (in a parody of the popular Dire Straights song), "I Want My DzC!"

Thanks for your help in this effort.  If there's enough of us being squeaky wheels out here, then eventually somebody is going to get tired of hearing us squeak and start applying some lubricant.

My name is J.D. Welch, and I play Dropzone Commander!