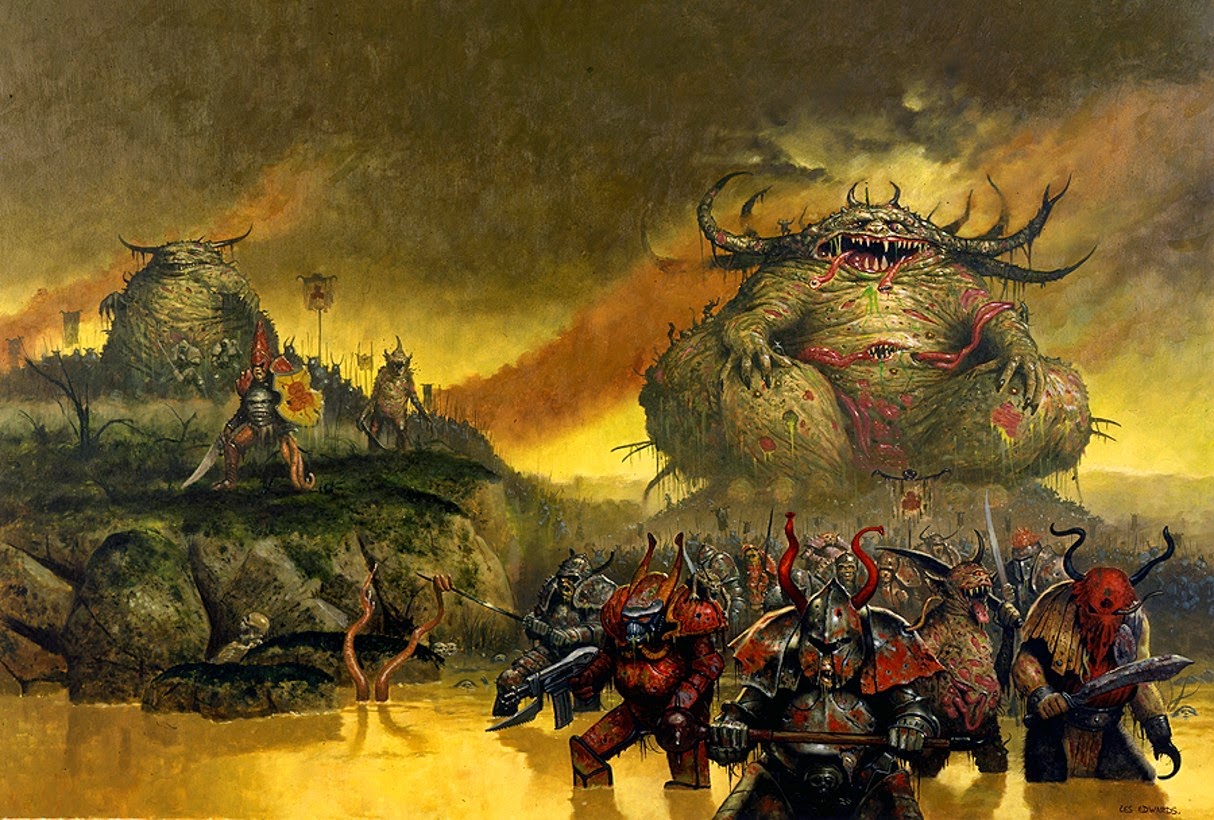 An upcoming Chaos Daemons release for Nurgle is going to be big. We know its not a Greater Unclean One being released, but possibly a Greater Daemon or has it has recently been suggested to me behind the scenes a Palanquin of Nurgle model.

Bell of Lost Souls also had a rumor release for this that is below... giving us a 3-4 week window for more chaos daemons, with new dataslates, Apoc book, and formations.

via an anonymous source on Faeit 212 (vague rumor)
they are saying its a palanquin of Nurgle model, herald or ku'gath options.

via 75hastings69 on Warseer
There's something large & nurgle-y coming first (before Brettonians)
It's not a GUO, it's bigger than current GUO, giant sized

via an anonymous source on Faeit 212
In July for one week, we become in one Month a Nurgle release
-Nugle Beast in Plastic
-Plague Marines Box with Termi Bitz
-Something big but not a Greater Demon of Nurgle

via Bols
Finally several weeks back there was talk of a Chaos Release window coming after Orks with multiple kits, which were widely believed to be the plastic Greater Daemons.  It was described as follows: